By Abhishek Kothari   |  Dec 26, 2022 5:11 PM IST (Published)
Follow real-time updates on Union Budget 2023Catch exclusive videos on Union Budget 2023 from CNBC-TV18
The year 2022 for banks has brought healthy loan growth and profitability. This in turn has meant that the challenge of growing the loan books in the face of rising interest rates has not become daunting as yet, and banks say they are in a pretty strong position to deal with these challenges come the new year.

Bankers have a reason to smile as they move away from the pain of the bad loan or NPA (non-performing asset) cycle to healthy long growth and profitability. Profits for the sector on a quarterly basis have increased from Rs 36,854 crore in the second quarter last year to a whopping Rs 58,717 crore in the same period this financial year. The corporate sector has now started to come back for working capital loans as money market rates have shot up through the roof. So the capital expenditure (capex) based demand going ahead may augur well for a healthy loan growth rate for the banking sector.
Stronger loan growth has also translated into healthy operating profit growth for the banking sector. Operating profits of the sector have grown from Rs 97,383 crore in Q2 FY22 to a little under Rs 1,15,000 crore as of Q2 FY23. 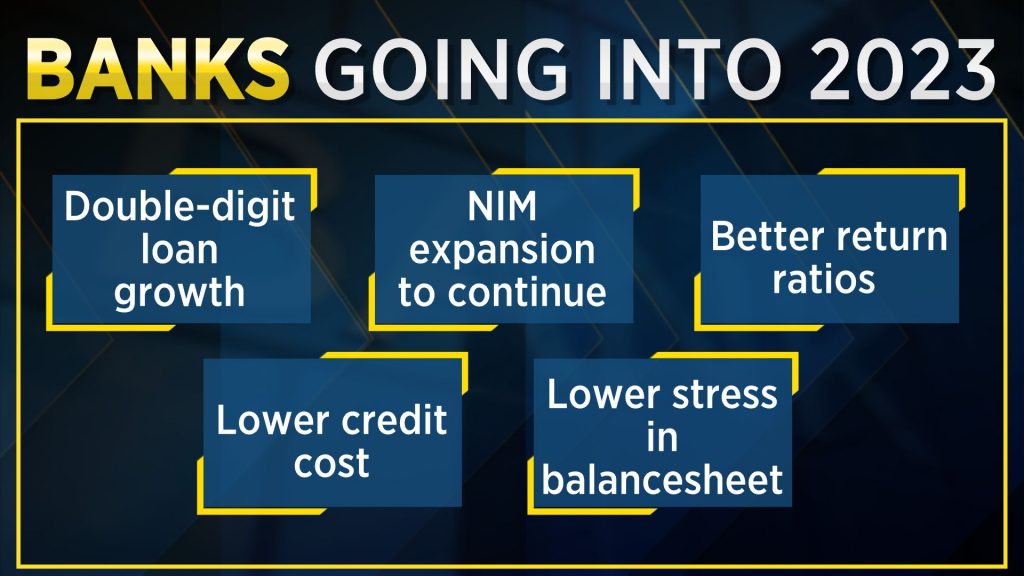