Updated : October 07, 2019 08:25 AM IST
Naina Lal Kidwai, a seasoned banker and former head of HSBC India, stepped down as chairman of Altico Capital on September 3.
Sanjay Grewal had taken over as the CEO of Altico in 2016, after serving as the corporate and investment banking head of IDFC Bank.

Their resignation letters, which have now been reviewed by CNBC-TV18, indicate that excessive interference by the company's shareholders and board members, and divergence in strategy led to both Naina Lal Kidwai and Sanjay Grewal parting ways with Altico as its chairman and CEO respectively. 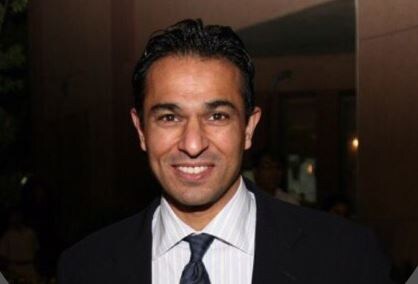 Naina Lal Kidwai, a seasoned banker and former head of HSBC India, stepped down as chairman of Altico Capital on September 3, the day the troubled mortgage lender's long term rating was downgraded to A+ from AA- by India Ratings.

In its rating rationale, India Ratings cited the deteriorating operating environment for real estate players to which Altico had a large exposure, dilution in liquidity buffers, and concentrated loan book with high single party exposure for the downgrade.

"You have been aware of my intentions to resign for a while," said Kidwai in her resignation letter to the board, which has been made public on the ministry of corporate affairs website, and has been reviewed by CNBC-TV18.

“The Board of Altico runs the company in accordance with the Shareholder Agreement between India Credit Holdings Pte Ltd., Pavonina Pte Ltd. and Al MehwarCommercial Investments LLC as is binding upon India Credit Pte Ltd., the holding company of Altico," Kidwai wrote, going on to say she had reservations in the strategy being driven by the shareholders.

Kidwai, who had taken up the post of chairman of Altico less than a year ago, wrote, “In view of the shareholders having to drive the process and capitalise the company, and my reservations on the strategy and plans for the company, and also my time commitments for board meetings and committees having increased disproportionately—in the last 60 days. We have had 14 board and committee meetings, and in addition, several informal chats and calls—I find this burden impossible to keep up and I would like to resign with immediate effect."

The CEO of the company also cited similar reasons for stepping down from his role.

Sanjay Grewal had taken over as the CEO of Altico in 2016, after serving as the corporate and investment banking head of IDFC Bank. He resigned as CEO on September 16, days after the lender defaulted on Rs 19.97 crore repayment to a loan taken from Dubai-based Mashreq Bank, despite having over Rs 500 crore of cash on the balance sheet.

“The shareholders of Altico are not providing any additional funding, and also did not provide any contingent support to avoid the rating downgrade," Grewal said in his resignation letter dated September 16.  He went on to say that the board also ignored his suggestion to get a new investor on board to avoid the default.

"Recently, the Board did not accept my recommendations to avoid a default, and to pursue an investment proposal from a potentially new investor, which would have helped revive the company and helped in discharging obligations towards creditors," he said,

"The Board and the shareholders have been actively guiding  Altico, and while I am thankful for that, I am resigning on immediate basis on account of divergence of views with respect to the business strategy and plans in the past, as also cited by the chairperson of the board in her resignation," Grewal wrote in this letter.
Tags Abu Dhabi Investment Council Altico Capital HSBC India India Ratings Mashreq Bank Naina La Kidwai Sanjay Grewal