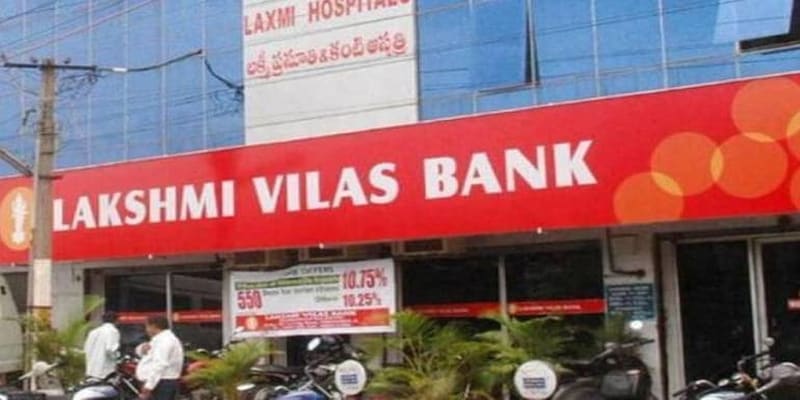 The decision might not have been as sudden; it was building for over a year but accelerated with a surprising move when the shareholders fired the entire board of the bank.

On November 17 6 pm, the RBI announced Lakshmi Vilas Bank (LVB) would be put under moratorium under section 45 of the Banking Regulation Act.

Suddenly, LVB account holders could not withdraw more than Rs 25,000 from their accounts.
The decision, however, was not as sudden: it was building for over a year but accelerated with a surprising move when the shareholders fired the entire board of the bank.
Here's a summary of what went down with Lakshmi Vilas Bank since then.
June 15: LVB receives a preliminary, non-binding letter of intent from Clix Capital Services
In a regulatory filing, the lender said that it has received a preliminary, non-binding letter of intent from Clix Capital Services, adding that the Board of Directors of the Bank has considered the LoI for further processing in their meeting.
September 16: LVB shares hit 10 percent upper circuit on development over merger with Clix Group
Lakshmi Vilas Bank shares hit an intra-day high of 10 percent, locked in upper price band after the lender said that the mutual due diligence process for a merger with Clix Group is substantially complete and both parties are in discussions on the next steps.
September 25: Shareholders rejected the board members, fired them all
For the first time in the annals of Indian banking, the entire set of board members, seven of them – that is the non-executive, non-independent members - were voted out, and not given approval for continuation by the shareholders.
September 28: RBI approves 3-member committee to function as ad-interim MD & CEO of LVB
The Reserve Bank of India (RBI) allowed a Committee of Directors (CoD) composed of three independent directors to run the day-to-day affairs of Lakshmi Vilas Bank (LVB). This CoD will exercise the discretionary powers of MD & CEO temporarily.
October 9: Clix group makes an indicative non-binding offer for Lakshmi Vilas Bank
Though Clix did not specify how much money Clix was looking to put into LVB, other than saying that Clix had equity capital of Rs 1800 crore.
In response, the stock rose as much as 16 percent to Rs 20.65 per share on BSE.
November 17: RBI puts LVB under moratorium and proposes merger with DBS Bank India
After freezing the bank's operations on November 17, country's regulator announced a draft scheme of amalgamation of Lakshmi Vilas Bank with DBS Bank India Ltd (DBIL).
RBI quoted that DBIL has a healthy balance sheet and strong capital support.
Meanwhile, it invited suggestions and objections from members, depositors, and creditors.
November 18: LVB shares hit 20 percent lower circuit
The stock traded 20 percent lower at Rs 12.45 per share on the NSE in the early trade.
The central bank assured depositors of LVB that their interest will be fully protected and has asked depositors not to panic.
Newly appointed administrator, TN Manoharan, shows the confidence of resolution before the end of the moratorium.
November 19: While RBI is busy clearing the LVB mess, Moody's offer an opinion
Moody's Investor Service said that Singapore's DBS Bank would strengthen its India business after the merger with beleaguered Lakshmi Vilas Bank.
November 26: LVB writes off tier-II bonds worth Rs 318.20 crore as per the existing provisions.
RBI further advised the bank to write down the series VIII, Series IX, and Series X Basel-III compliant tier-2 bonds before the amalgamation come into effect.
While, somewhere in Bombay, the High Court refused to stay merger of LVB-DBS in a writ petition filed by the bank's promoters.
November 27: LVB is now DBS India
LVB loses its identity as it amalgamates with DBS Bank India Ltd. RBI lifts moratorium, and declares that LVB branches be operated as DBS branches.
Also read: How did DBS Bank India edge out other suitors?
Check out our in-depth Market Coverage, Business News & get real-time Stock Market Updates on CNBC-TV18. Also, Watch our channels CNBC-TV18, CNBC Awaaz and CNBC Bajar Live on-the-go!