Updated : August 01, 2018 01:29 PM IST
At present, the repo rate, which is the rate at which the RBI lends short-term money to banks, stands at 6.25%.
Those who expect a status quo on rates argue that RBI may prefer to wait for more data before it hikes rates again.

In a rare instance, all six members of the Reserve Bank of India's Monetary Policy Committee voted for a rate hike in the June policy meeting, the first such hike after four and a half years.

But this time around, the decision to hike or pause will be a close call. Sixty percent of the economists polled by CNBC-TV18 believe that there may be a 25 basis points (bps) rate hike, and the remaining expect a status quo. One basis point is one-hundredth of a percentage point. 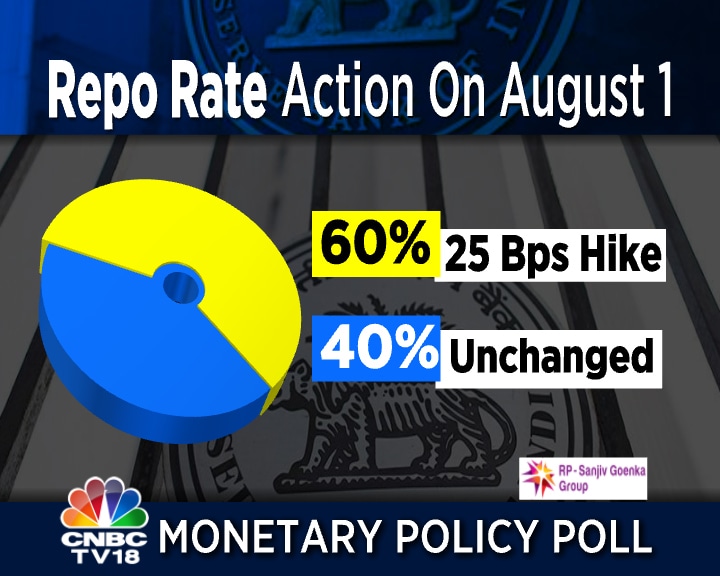 At present, the repo rate, which is the rate at which the RBI lends short-term money to banks, stands at 6.25 percent.

Those who expect a status quo on rates argue that RBI may prefer to wait for more data before it hikes rates again, but, they say, the hike will come sometime between now and the end of the year.

They reasoned that the June Consumer Price Inflation (CPI) print came in at 5 percent, which is higher than RBI’s target range of 4 percent (+/-2 percent), but lower than estimated for the month. 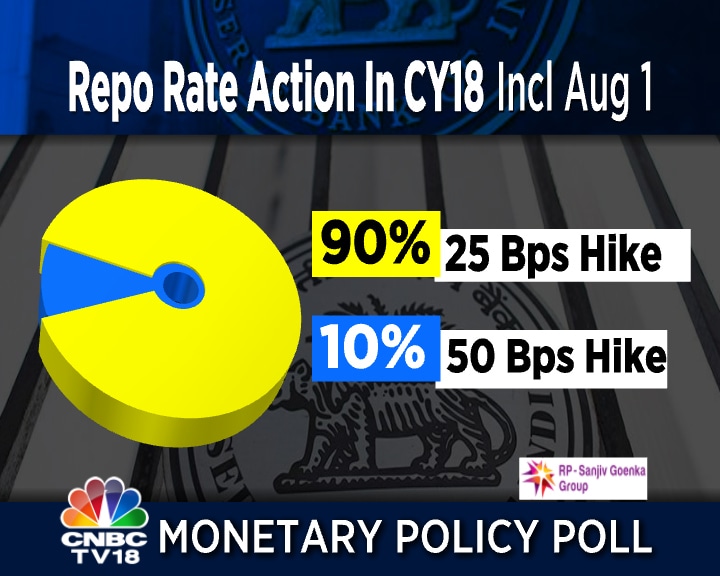 They also said that monsoons have recovered sharply and even international crude oil prices are lower since the last policy. This should be sufficient to hold the MPC’s hand as it awaits more data.

Those who are expecting a rate hike in the August policy meeting state two reasons for it. One, core inflation, which is the non-food, non-oil inflation, quickened to 6.4 percent in June, higher than even the upper end of RBI's target of 6 percent. But the second, the most important development, is the government decision on increasing the minimum support price (MSP) for kharif crops to support farmers.

The sharp increase announced is the biggest hike in the past five years. This worries the economist of the repercussions on the inflation print, and they believe a hike will reaffirm RBI’s commitment towards the inflation-targeting framework. Therefore, it will not be an easy decision for the MPC and the votes are likely to be divided.

Ninety percent of the respondents polled by CNBC-TV18 also said that there will be a 25 bps hike in this calendar year. The remaining expected the RBI to remain on hold as growth and inflation peak off in the second quarter of this year. 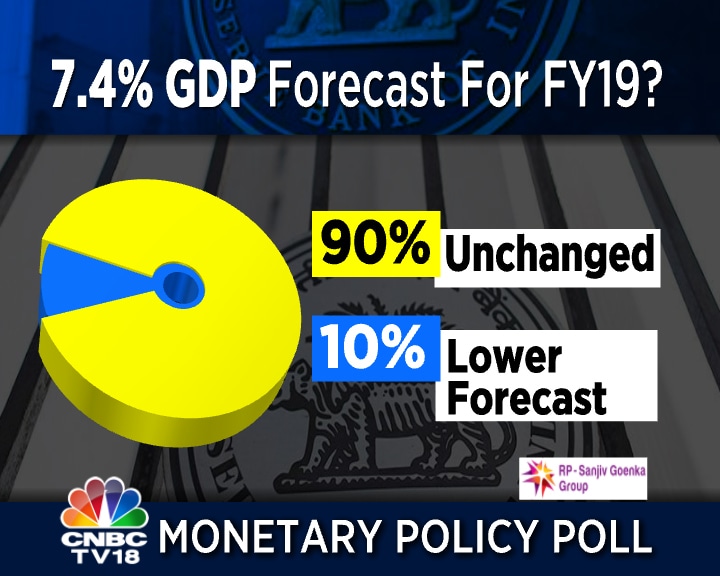 The stance is expected to remain neutral, which leaves the RBI room to maintain a delicate balancing act. Not many believe that the RBI will change its projections on the macro front, Gross Domestic Product (GDP) forecast for FY19 is likely to be left unchanged at 7.4 percent and the CPI forecast for the first half of the financial year is at 4.8-4.9 percent. As for the inflation projection of 4.7 percent for the second half, some expect a minor revision to factor in the impact of MSP.