The Reserve Bank of India’s (RBI) Monetary Policy Committee has cut the key repo rate by 25 basis points to 6.25 percent and changed its stance to ‘neutral’. This is the first monetary policy meeting for the new RBI governor Shaktikanta Das, who assumed charge in mid-December 2018. The central bank revised inflation targets downwards and raised GDP growth projections. Here are the updates on the RBI policy decision:

“From our perspective, there are two things to look at from what they have done this time around. The first thing is that there is a recognition that structurally inflation in India is going to be fundamentally lower than what it historically has been and this is the first policy that effectively kind of addresses that by this significant shift that they have made in their forecast.

The second bit is that we actually expect 75 basis points of cuts for the entire year. So we actually had 25 basis points that has already happened and our sense is you are going to progressively see more cuts so it is actually not out of sync in terms of what we were thinking both in terms of recognition of where inflation structurally has moved and also in terms of the need of the economy.”

“If inflation trajectory does remain benign given the very high real interest rates in the system, the fact that private capex is still very sluggish - there is room to push this forward by cutting the rates more or even twice given how the inflation trajectory pan out and not completely take growth out of the ambit of monetary policy making.”

“We all expected a dovish stance change but I do not think a lot of us expected rate cut plus dovish stance plus a substantial revision in inflation expectations and the need to support growth.”

The Reserve Bank of India's new governor Shaktikanta Das has "passed the litmus test" by cutting the policy rate on Thursday, a leader of the economic wing of the powerful Hindu nationalist group Rashtriya Swayamsevak Sangh, told Reuters. The rate cut will politically benefit Modi's government as it would boost economic growth and lending to small businesses, Ashwani Mahajan, co-convenor of the Swadeshi Jagran Manch, said. (Reuters)

"We have been looking at a 50 basis point cut over this year, I mean one year, so we hold that projection. I think 25 basis points has come and about 25 more could be expected going forward. The way I look at it is while next two months are not really good from liquidity point of view in the system. But I think post April the liquidity eases and therefore that transmission of this policy rate cut may take some time depending on the liquidity situation that plays out in the next couple of months. But clearly, headed downward both the deposit rates and the lending rates."

“We are only half surprised by this policy move. The reason is that we were expecting a rate cut, but were expecting a rate cut in April. I think there are four pieces of incremental information that are new in this policy. One is that forward inflation expectations have fallen a lot. Second is that they expect the fiscal deficit target to be met. Third is that they think output gap is a little negative right now and there can be some easing. Fourth is that they think health and education inflation, the whole increase, is just a one-off. So that has opened up the space.”

“Going forward, I think at this point there is a possibility that there could be further easing, but I do not think we should get too carried away because we still have a lot of fiscal uncertainties. The whole direct cash transfer train has left the station. The center has announced it, many states are announcing it and all of that can have inflationary consequences. So we have to keep all of that in mind as well. So while there is some space that could have opened up, we just believe that we should not get too carried away by that.”

RBI to ensure adequate liquidity to all sectors
Governor Shaktikanta Das Thursday said the Reserve Bank of India, which surprised the market with 25 bps rate cut, will ensure there is no scarcity of funds to any sector. 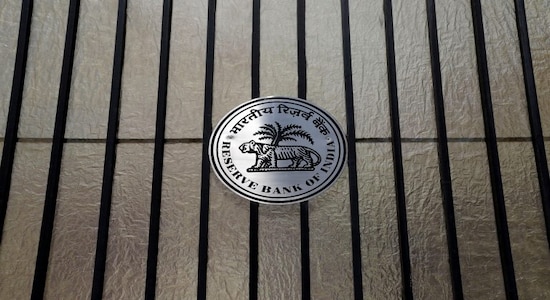 Read: Here are the key highlights of RBI monetary policy

"We were of the opinion for the rate cut and two-three things, market is still trying to digest it because market really kind of thought you had calibrated tightening stance, so they will have to change the stance and then they will do it. But if the data movement is so sharp if you really look at it the inflation is almost half, headline inflation is almost half, so that is one part of it."

"Second is people were looking at core inflation, of course the target is headline, but you look at core so that the core does not spike up or influence the headline dramatically. Now if you really look at it we have being having core and headline in a very diversion way. The core is really consisting mainly health and education, so it really goes up dramatically high and therefore influence the headline."

For the purpose of risk weights, RBI has classified NBFCs into three categories

1) HFC, AFC, IFC -> Risk Weight to be assigned based on credit rating

This has now been revised as follows:

Who benefits from this?

Note: This is no additional benefit for HFCs or AFCs, since they were already harmonized*

"The MPC's U-turn – from 'calibrated tightening' in December (which effectively ruled out a rate cut) to a decision to cut rates in February is a surprise. We did expect a rate cut later this year, but the front ended delivery is a surprise even relative to our expectations. "The RBI has seen through the expansionary budget, as well as the sticky core inflation, and has found the recent softness in inflation prints to "open up space for policy action."

"(It) won't really be a boost for elections because you have to see the transmission from actual lending rates which may take some more time. It will not happen immediately. It is a dovish tone because they have reduced their PPI targets and I think there will be another rate cut but difficult to say whether or not in April."

"I don't think RBI's independence is compromised because headline inflation has been coming down and in the last policy RBI had hinted that if the headline inflation continues to undershoot their projection it can open up to policy easing. If you look inflation data and growth outlook, it was calling for a rate cut and the only question was if it happened in Feb or April."

"The central bank's commentary on inflation and growth support a dovish outlook for the policy. On growth, the RBI once again highlighted downside risks to its forecast of 7.4 percent. We concur with that assessment. Trade related uncertainties due to U.S.-China trade tensions are likely to weigh on India's growth as well. The central bank also acknowledged presence of negative output gap due to tepid private investment and easing in private consumption."

"We think the impact of budget measures on growth are likely to materialise with a lag which should provide the RBI with space for rate cuts. There is a possibility of another rate cut by the central bank in April. The macro backdrop as such supports the RBI's stance and does not raise questions over its independence."

"Based on the evolving dynamics of inflation, demand and growth, this is the perfect policy response in the current circumstances. Aligning NBFCs' (non-banking financial companies') risk weights to cost of bank borrowings will go a long way in correcting the distortions. By duly incorporating financial stability considerations in its monetary policy response, the RBI has done a great job in boosting the market sentiment." (Reuters)

“The RBI’s decision to slash the repo rate by 25 basis point to 6.25 percent is a welcome and unexpectedly positive move, given the sops that the recent expansionary budget gave to farmers at an additional cost of Rs 75,000 crore per annum. It was also overdue, as this has been the first cut in a long time. It definitely augurs well for the real estate sector, which also received a budget bonanza in the previous week.” Read more