As PSU banks rally, top fund manager describes what a 'goldmine' in the space should have

As PSU banks rally, top fund manager describes what a 'goldmine' in the space should have

PSU banking stocks jumped on Tuesday after Haitong initiated coverage on four stocks from the space with 'outperform' ratings. Tushar Pradhan of HSBC Global AMC tells CNBC-TV18 that he finds valuations in PSU banking stocks comfortable, even as the basket has outperformed Dalal Street for the past few months.

State Bank of India (SBI) and Punjab National Bank (PNB) led a rally in the entire PSU banking basket on Tuesday, as the earnings season gathered steam on Dalal Street with optimism that the festive season will aid a further boost in credit growth. Many PSU banking stocks have outshone the rest of Dalal Street over the past few months, and yet, many analysts are finding valuations in the space attractive. 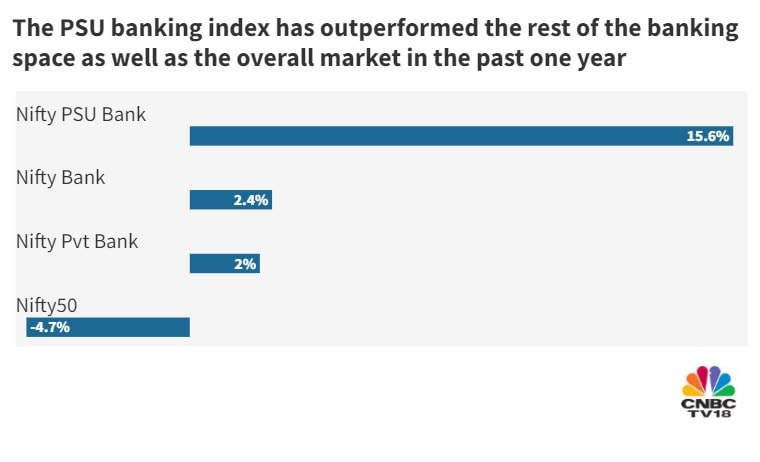 Tushar Pradhan, CIO of HSBC Global AMC, told CNBC-TV18 he finds valuation comfort in PSU banking stocks.
"If any significant company (in the PSU banking space) turns around, invests dramatically in technology, and matches step by step what the private banks have been able to offer its customers, I think you have got a goldmine," he said.
"But it has to be selected, has to be management-led, has to be strategy-led and for that, we need to wait and watch which public sector companies actually take that initiative up,” Pradhan added.
Emphasising on the need for financial institutions to spend on tech, he said: "Private sector banks have done well, for the reasons that we all know that they bring technology, ease of banking and ease of business to customers, and customers tend to like that. The kind of expansion that they have seen both on the liability side as well as their ability to attract more customers is the testament for where their market valuation is growing."
ALSO READ: HDFC Bank interest income jumps 18% to 13-quarter high
The emergence of fintech as a sub-space within the financial services universe has forced many lenders to increase their spends on technology.
SBI, Bank of Baroda, PNB and Indian Bank rose 3-5 percent on Tuesday. 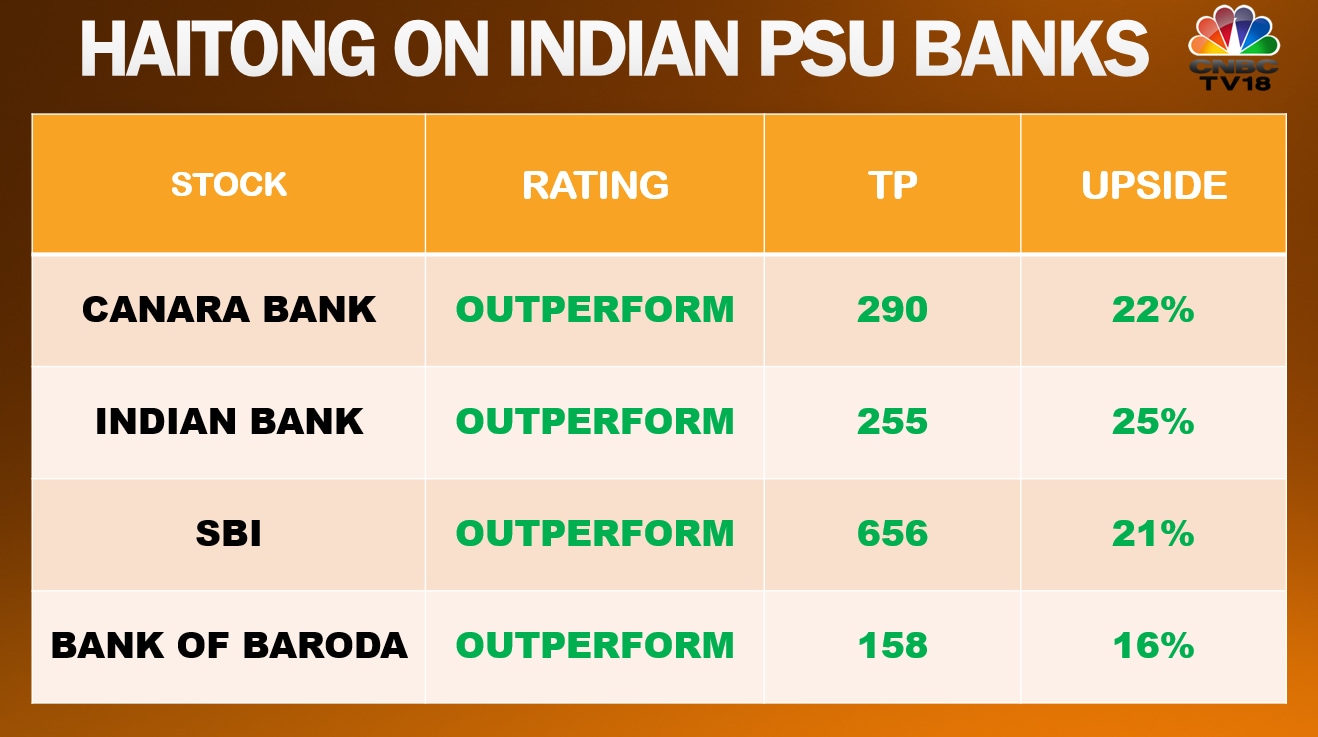 Haitong initiated coverage on PSU banks in India, saying state-run banks are better placed to improve growth trends, given their easing asset quality woes, relatively healthy balance sheets and lower credit-to-deposit ratios (a financial ratio that tells how much money in deposits has been deployed as loans).
According to the brokerage, the PSU lenders are better placed on account of their:
Haitong believes the worst is behind for PSU banks in terms of asset quality: They are more focused on better-rated corporates and granular loans, which provides some comfort on the asset quality going forward, it said.
The brokerage expects PSU banks under its coverage to report earnings growth at a CAGR of around 23 percent going forward. Its top pick from the basket remains SBI, followed by Bank of Baroda.
Major PSU banks are yet to report their financial results for the July-September period. Top PSU bankers have exuded confidence that sustained demand will aid retail growth in the coming quarters.
This month, India entered its festive season, which begins with Navaratri and continues till the New Year and typically the profitability for financial institutions as people borrow more. 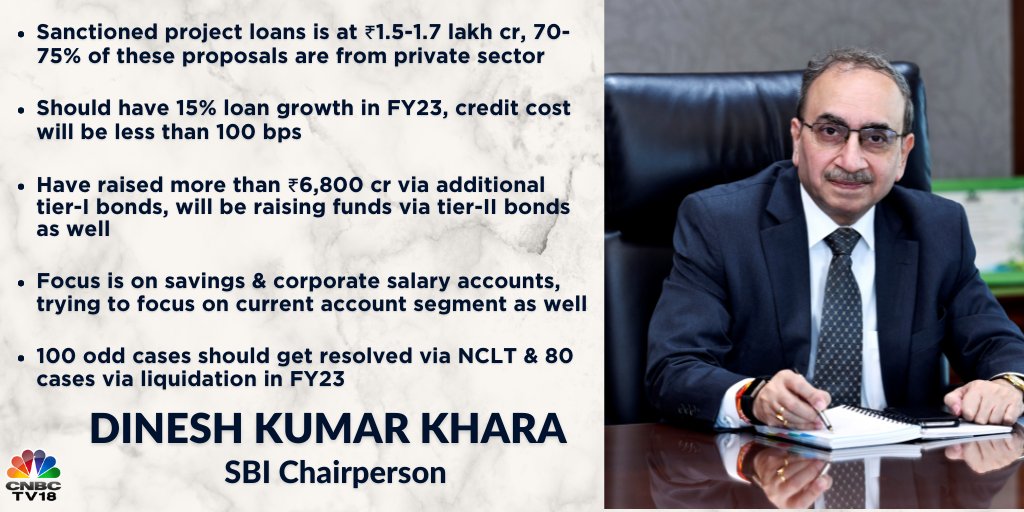 Meanwhile, RBI data released last month showed credit growth in the country reached the highest level in nine years.
ALSO READ: Here's what SBI and Bank of Baroda managements said
Pradhan of HSBC AMC is of the view that the overall earnings story is "pretty solid" in India.
“We have been predicting pretty significant earnings growth for this quarter as well, and, in fact, for the full financial year. So the dark clouds that we have seen in the western world and the markets, as we speak, have caused us to believe that earnings will not follow through," he said.
Catch latest market updates with CNBCTV18.com's blog
Check out our in-depth Market Coverage, Business News & get real-time Stock Market Updates on CNBC-TV18. Also, Watch our channels CNBC-TV18, CNBC Awaaz and CNBC Bajar Live on-the-go!