IL&FS: How an infrastructure giant fell into a debt trap

IL&FS: How an infrastructure giant fell into a debt trap 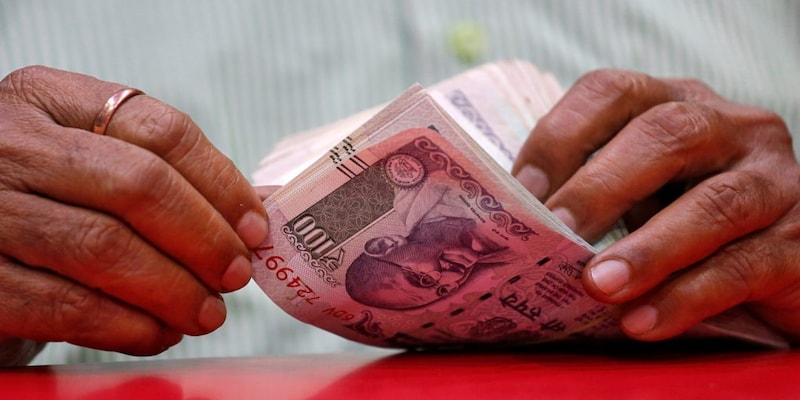 Over the past week, the company witnessed sharp downgrades in ratings, the primary reason for which was series of defaults and weakening of the firm’s liquidity profile along with the diminishing expectation of funding support.

In March 2018, ICRA, a leading debt rating agency, had assigned an A1+ rating to the Rs 2,500 crore commercial paper programme of IL&FS, also giving a stable outlook on the long-term rating for IL&FS.
Over the past week, the company witnessed sharp downgrades in ratings. The long-term ratings of IL&FS were downgraded multiple notches from AA+ to BB on September 8 and then to D on September 17. Similarly, its short-term rating was downgraded from A1+ to A4 on September 8 and then to D on September 17.
Its other subsidiaries - IL&FS Financial Services, IL&FS Tamil Nadu Power Company Limited, IL&FS Energy Development Company Limited, IL&FS Transportation Networks Ltd and IL&FS Education & Technology Services witnessed a similar rating downgrade.
The primary reason for the downgrade was series of defaults and weakening of the company’s liquidity profile along with the diminishing expectation of funding support.
IL&FS defaulted for the first time on inter-corporate deposits and commercial papers (borrowings) worth Rs 450 crore in June 2018.
On September 4, it defaulted again on a short-term loan of Rs 1,000 crore from SIDBI (Small Industries Development Bank of India). Moreover, IL&FS Financial Services, subsidiary of IL&FS also defaulted a Rs 500 crore repayment which also led to the sacking of SIDBI’s chief general manager in charge of the risk management department.
The company, which is credited for building India ’s longest tunnel - Chenani-Nashri tunnel, was incorporated in 1987 in order to develop and finance infrastructure projects in India. Central Bank of India, Housing Development Finance Corporation (HDFC) and Unit Trust of India was the initial shareholder of the company.
As of March 2018, Orix Corporation, Japan is the largest shareholder in the company (25.34 percent) followed by Life Insurance Corporation (25.34 percent). The Abu Dhabi Investment Authority holds 12.56 percent and the rest is held by HDFC (9.02 percent), Central Bank of India (7.67 percent) and State Bank of India (6.42 percent).
IL&FS is the holding company of the IL&FS Group, registered as a ‘Core Investment Company’ with RBI, since the core operation of the company is investing in other group companies.
IL&FS has 24 direct and 135 indirect subsidiaries, six joint ventures and four associate companies in its network.
Three of its subsidiaries are listed – ILFS Engineering and Construction Company, ILFS Transportation Networks and ILFS Investment Managers.
What went wrong
IL&FS reported a 10 percent increase in consolidated revenue during 2017-18 to Rs. 18,798 crores. Company’s top-line has continuously grown in last five years, gone up 63 percent from Rs. 11,560.7 during 2013-14, according to the data sourced from RoC. However, the rate of growth has been decreasing each year since 2015-16.
However, despite the growth in top-line, the company kept on shrinking from the bottom. Company’s consolidated net profit almost halved from Rs. 244 crores during 2013-14 to Rs. 141 crores during 2016-17 and reported a massive loss worth Rs. 1,887 crores in the last fiscal.
From 2013-14 to 2015-16, IL&FS aggressively pumped in money into its subsidiaries. It invested more than Rs 9,000 crores in the subsidiary companies. Rs 5,041 crores was invested alone in 2014-15.
These investments were mostly backed by debt and as a result, the company’s consolidated debt also rocketed from Rs 48,671 crores as on 31st March 2014 to Rs 91,091 crores as on 31st March 2018.
With the rise in debt, the borrowing cost for the company also doubled from Rs 3,971 crore to Rs 7,992 crore during the same period.
During 2013-14, the borrowing cost was 34 percent of the company’s total revenues, which increased to 43 percent during 2017-18, putting massive pressure on the company’s bottom-line.
The amount of money pumped into its subsidiaries didn't pay off at all. IL&FS, which recorded a standalone net profit of Rs 584 crore, posted a huge loss of Rs 1,887 crore at a consolidated level. Most of its subsidiaries are into deep losses.
For instance, ILFS Tamil Nadu Power reported a net loss of Rs. 383 crore, ILFS Maritime Infrastructure posted a loss of Rs. 317 crore, during 2017-18. As many as five more subsidiaries reported a loss higher than Rs 100 crore during the same period.
Rating firm ICRA, which gave a ‘stable outlook’ on IL&FS in March 2018, downgraded  IL&FS by at least nine notches in September 2018. The rating agencies were not alone, there is also a major oversight from the investors of the company who failed to keep a check despite having their nominee directors on the company.
A recent report by The Wire highlights that the risk management committee (RMC), an extremely important committee in a non-bank finance company specialising in high-risk infrastructure finance and development, met only once in last four years, on July 22, 2015.
The Way forward
The centre’s cash cow, Life Insurance Corporation of India (LIC), is to the rescue again. The board of IL&FS, which also includes LIC, met on Saturday to discuss strategies to raise funds, including the sale of assets.
According to a recent report by Mint, LIC may provide a Rs 4,000 crore lifeline to IL&FS.  The board also decided to replace Hemant Bhargava with S.B. Mathur, a former chairman of LIC as non-executive chairman at IL&FS.
LIC, SBI and other key shareholders of debt-ridden IL&FS have asked the company to raise funds by selling assets, non-core business and the company is likely to sell its corporate headquarters in Mumbai as part of its plan to raise funds to meet the payment obligation, according to Moneycontrol’s report.
Follow our full coverage on IL&FS issue here.
Check out our in-depth Market Coverage, Business News & get real-time Stock Market Updates on CNBC-TV18. Also, Watch our channels CNBC-TV18, CNBC Awaaz and CNBC Bajar Live on-the-go!