Here's what bankers have to say on today's RBI policy measures

Here's what bankers have to say on today's RBI policy measures 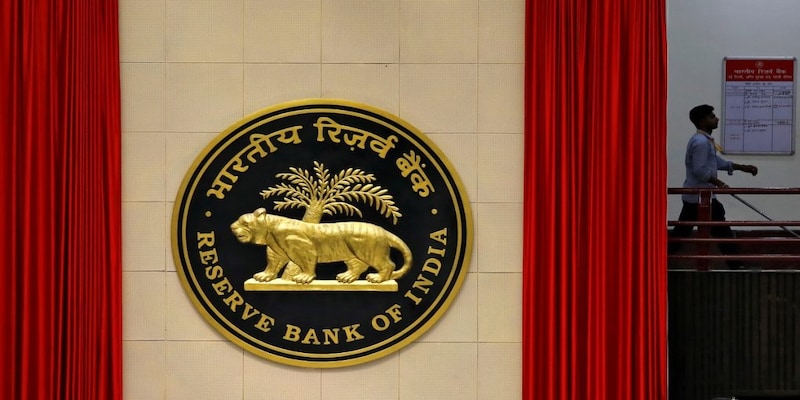 The Reserve Bank of India on Friday announced a slew of policy measures including a 40 basis point cut in the benchmark repo rate and an extension in the loan moratorium to mitigate the impact of the COVID-19 crisis.

The Reserve Bank of India on Friday announced a slew of policy measures including a 40 basis point cut in the benchmark repo rate and an extension in the loan moratorium to mitigate the impact of the COVID-19 crisis.

Following the reduction, the repo rate has come down to 4 percent and the reverse repo rate is now at 3.35 percent.
In an off-cycle meeting, the Monetary Policy Committee (MPC) headed by RBI Governor Shaktikanta Das, also decided to extend the moratorium relief for all term loans and working capital loans by another three months. The moratorium relief comes amid an extension in the nationwide lockdown and the resultant loss of economic activity due to the COVID-19 pandemic.
The banking sector welcomed the announcements by the RBI Governor.
Rajnish Kumar, Chairman of the largest lender State Bank of India (SBI) said that the measures announced by the successive measures by RBI and Government indicate the desire to go full throttle to support the economy in current unprecedented times.
"The reduction in the policy rate by 40 bps under the assumption that growth in FY21 will be negative is an appropriate move to support economic activity. The uncertainty associated with the pandemic, normalization of economic activity, and relaxation made in the social distance make it imperative that policy response is calibrated and swift," he added.
Kumar, who is also the chairman of the Indian Banks' Association (IBA) said that the RBI has considered most of the demands and recommendations by the IBA.
“The moratorium extension takes care of cash flow disruption. If someone needs restructuring after August 31, banks will have to deal with it,” he said.
The banks also had demanded a one-time restructuring on loans. On this, Kumar said, “If there is a need for one-time restructuring, we can see if it can be done under June 7 circular. There is no ban on a one-time restructuring even now under June 7 circular.”
Kumar clarified that interest accrued during the moratorium period will be payable in 6 installments starting September. Around 20 percent of SBI borrowers have opted for a moratorium so far.
Speaking to CNBC-TV18, Union Bank of India CEO Rajkiran Rai said that deposit rates could come down by around 40-50 basis shortly as a result of the announcements by the Reserve Bank of India. He said there was a greater transmission of interest rates happening now, meaning that interest rates in the system were reflecting the changes announced by the RBI in benchmark rates.
“The deposit rates have come down substantially because 40 bps gets passed down as External Benchmark based Lending Rate cut immediately and  MCLR (marginal cost of funds based lending rate ) is gradually coming down," Rai said.
On the flip side, savers will have to brace for lower rates on their deposits with banks. That is because when borrowing rates for customers fall, there is a corresponding fall in the interest rate that banks give to its deposit holders.
“Deposit rate... a further cut will be a bit difficult because as it is we are the lowest point, but looking at the deposit growth another 40-50 bps cut on the deposit side is possible,” Rai said.
Shanti Ekambaram, Group President – Consumer Banking, Kotak Mahindra Bank feels that the repo rate cut was warranted by the steep fall in macro-economic growth data caused by COVID 19.
RBI expects the second half of fiscal FY2020-21 to be better but the deep negative in the first two quarters is likely to result in negative GDP growth. Both global and domestic growth have been impacted. Inflation in the second half of the year is expected to be lower but supply side disruptions could impact the same, Ekambaram noted.
“Coming on the heels of the package announced by the Centre it will help businesses restart. With a gradual lifting of the lockdown, it is now imperative to revive the economy,” Ekambaram said.
SS Mallikarjuna Rao, MD & CEO, Punjab National Bank (PNB) said that the moratorium extension will give time to customers to come back to normalcy.
"There is no disappointment. It should not have been possible for anybody to restructure as on today without expecting proper cashflow. Whatever the measures are given are good measures by the RBI. In case of term loans, already as per the announcement interest due and the installment due for six months are to be paid at the end of the repayment schedule, the repayment schedule gets extended," he said.
Rao added that the second quarter and the third quarter of fiscal 2020 will enable them to know the pain of NPAs due to moratorium.
PNB has lent Rs 18,000 crore to NBFCs from March end to now, he said.
Also Read: Here are the main highlights from RBI Governor Shaktikanta Das's media briefing today
Moreover, with a view to facilitating the flow of resources to corporates, RBI decided, as a one-time measure, to increase a bank’s exposure to a group of connected counterparties from 25 percent to 30 percent of the eligible capital base of the bank. The increased limit will be applicable up to June 30, 2021.
Sanjiv Chadha, MD & CEO, Bank of Baroda said that this is the biggest positive from today’s announcement.
“RBI has pretty much done whatever it could under the circumstances. If we believe that the banks are going to be moving in some measures towards quality then I think this is something which is very helpful," Chadha said.
Check out our in-depth Market Coverage, Business News & get real-time Stock Market Updates on CNBC-TV18. Also, Watch our channels CNBC-TV18, CNBC Awaaz and CNBC Bajar Live on-the-go!