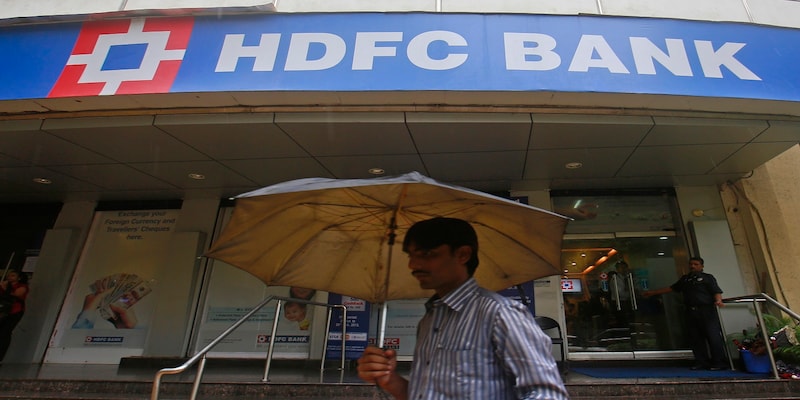 Overall, the number of credit cards increased month-over-month, but spending declined in April versus an increase in March, as per RBI data. 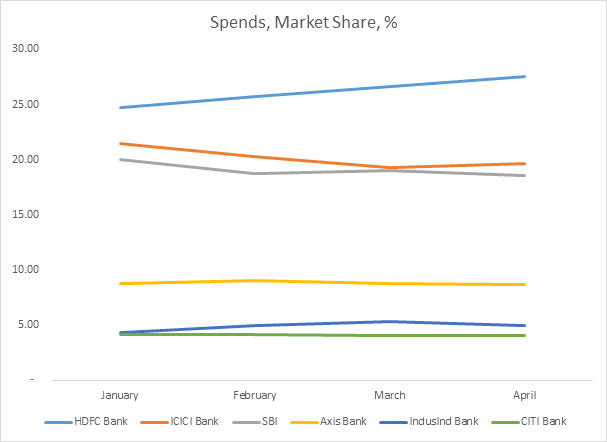 HDFC Bank gained the most market share in customer spending from January to March, from 24.8 percent to 27.6 percent. This was when the other three lost market share in customer spending. Versus 280 basis points (bps) gained by HDFC Bank, ICICI Bank lost 181 bps, SBI Card lost 142 bps, while Axis Bank lost only 3 bps.
Market share in credit card issuance
But though HDFC Bank customers spent the most and the lender continued to be the leader in terms of the market share in credit cards issued, the number of cards being given out declined for the fourth month in a row.
Upward momentum in issuing credit cards continued for the 10th month in a row for Axis Bank. The other two of the top four issuers, ICICI Bank and SBI Card, also issued lesser credit cards for the fourth month in a row. The top four issuers’ market share was at 70.74 percent in terms of credit card issuance in April 2022 versus 71.83 percent as of December 2021.
Also Read: PNB Housing Finance jumps 7% as Punjab National Bank to infuse Rs 500 crore
Industry
Credit card is the most profitable business for banks as interest rates are very high, at and above 30 percent. Also Read: View: Buy Now, Pay Later fintechs are pulling consumers but still searching for profitability
Overall, the number of credit cards increased month-over-month, but spending declined in April versus an increase in March. This, despite April having more holidays than the previous month. Spends per card also declined in April against a rise in March.
Check out our in-depth Market Coverage, Business News & get real-time Stock Market Updates on CNBC-TV18. Also, Watch our channels CNBC-TV18, CNBC Awaaz and CNBC Bajar Live on-the-go!