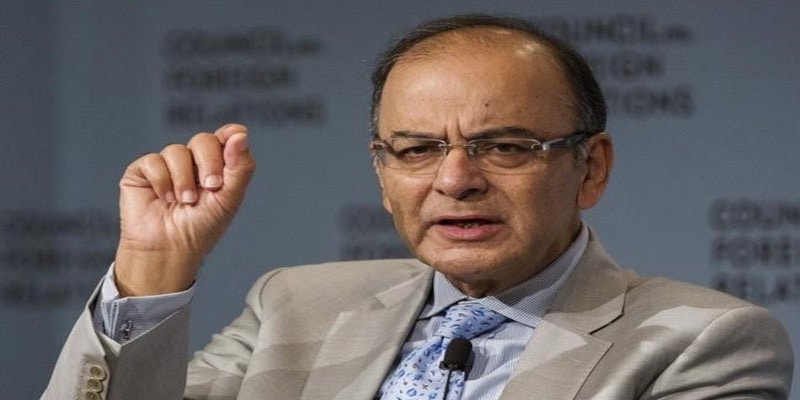 The GST implementation was a "monumental reform" which had a disruptionist impact on growth only for two quarters, finance minister Arun Jaitley said on Sunday, hitting out at "critics and cynics" who blame it for hurting the GDP expansion.

The remarks come a day after former RBI governor Raghuram Rajan blamed the indirect taxation reform for derailing the India's growth story. Jaitley did not name Rajan.
"You will always have critics and cynics who will come up and say it (GST) slowed down India's growth," Jaitley said, speaking at state-run Union Bank of India's 100th anniversary celebrations event here over a video link.
The finance minister said after suffering for two quarters, growth increased to 7 percent, then to 7.7 percent and went up till 8.2 percent last quarter and specifically pointed out that this is much higher than the 5-6 percent expansion achieved between 2012-14.
The Goods and Services Tax (GST), India's biggest tax reform since independence which came into force on July 1, 2017, had "disruptionist" impact on economic growth only for two quarters, he said.
Jaitley also said there is a need to bring down non- performing assets (NPAs) in the banking system in order to strengthen the banking system and support growth.
"To maintain the strength of the banking system and help India grow, we need to minimise our NPAs. Various, multiple options have been exercised," he said, adding, experiments are bringing results certainly.
Strength of the banking system has to be improved so that liquidity in markets is maintained, Jaitley said.
Check out our in-depth Market Coverage, Business News & get real-time Stock Market Updates on CNBC-TV18. Also, Watch our channels CNBC-TV18, CNBC Awaaz and CNBC Bajar Live on-the-go!