The government announced a series of mergers involving 10 state-owned banks on Friday, as it looks to strengthen a sector struggling under a mountain of debt and ensure stronger balance sheets to boost lending and revive economic growth.

The government announced a series of mergers involving 10 state-owned banks on Friday, as it looks to strengthen a sector struggling under a mountain of debt and ensure stronger balance sheets to boost lending and revive economic growth.
Under the merger plan announced by finance minister Nirmala Sitharaman on Friday after meeting PSU bank chiefs, 10 PSU banks will be amalgamated into four entities. The mergers, which cut to 12 the total number of state-owned banks, from 27 in 2017, are the first since Prime Minister Narendra Modi's government won re-election in May. His government has vowed to clean up the banking sector and reduce the number of state-run banks.
"Consolidated PSBs for strong national presence and global reach is one of the objectives with which we went about this plan. So 82 percent of all PSB business and 56 percent of all commercial bank business will be with them," Sitharaman reasoned at a press meet.
Sitharaman said that Oriental Bank of Commerce and United Bank would be merged with New Delhi-based Punjab National Bank. This would create India's second-largest lender after State Bank of India.
The government also announced that two lenders based in southern India, Canara Bank and Syndicate Bank, would be amalgamated. In addition, Andhra Bank and Corporation Bank are to merge with Union Bank, while Indian Bank will merge with Allahabad Bank.

Indian Bank and Allahabad Bank will merge to become the seventh-largest PSU bank.

In terms of business size, this is how the new pecking order of public sector banks in India will be (figures as of March 2019):
The government also announced a details of the bank recapitalisation road map. Punjab National Bank will get Rs 16,000 crore from the Rs 70,000 crore total and this will be the largest chunk. Union Bank wil get the second largest chunk worth Rs 11,700 crore. Bank Recapitalisation Chart
The finance minister said that the steps announced were in line with maintaining pace to reach the government's target of becoming a $ 5 trillion economy.  She said, "We have to lay a strong foundation for the financial sector. As of today Rs 1.9 trillion worth of credit is available in the economy."
ALSO READ:
Public sector bank consolidation at a glance
The banks which attended the meeting with the finance ministry officials were Punjab National Bank, Union Bank of India, Canara Bank, United Bank of India, Allahabad Bank, Indian Bank, OBC, Syndicate Bank, Corporation Bank and Andhra Bank. 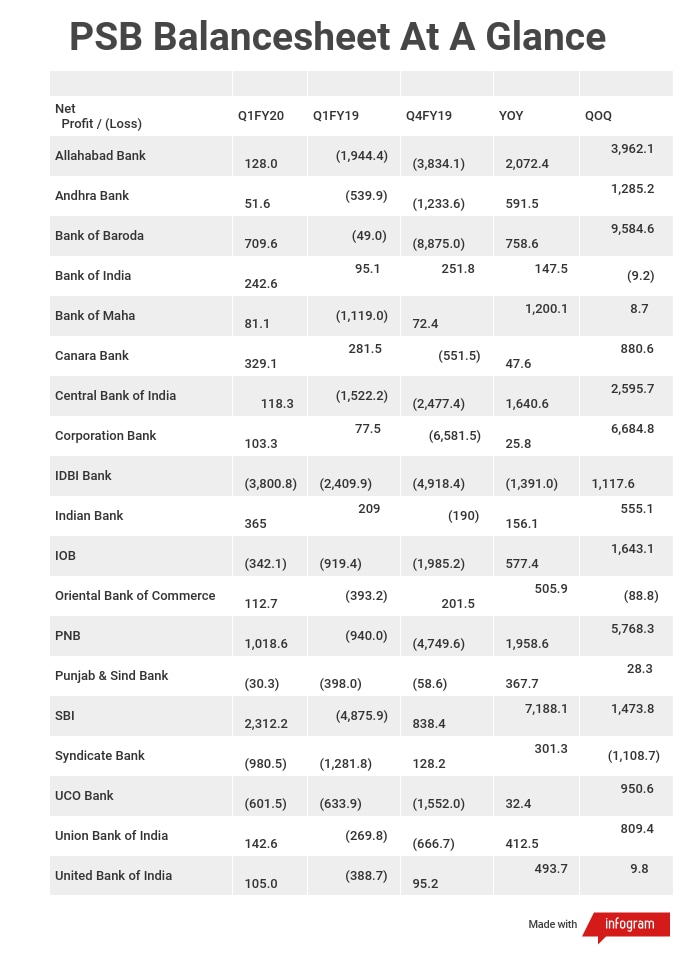 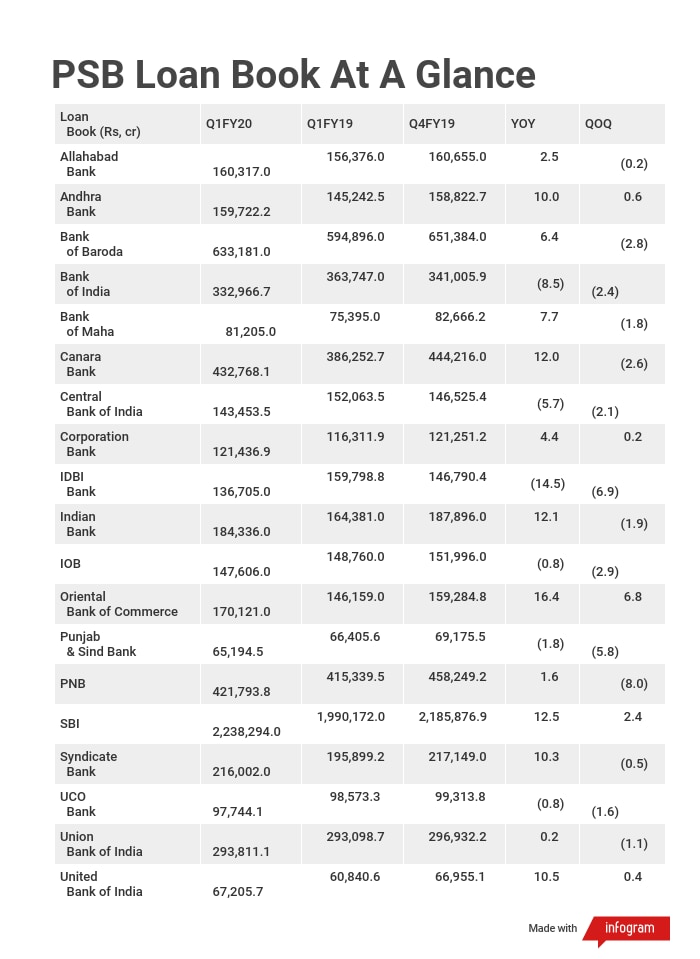