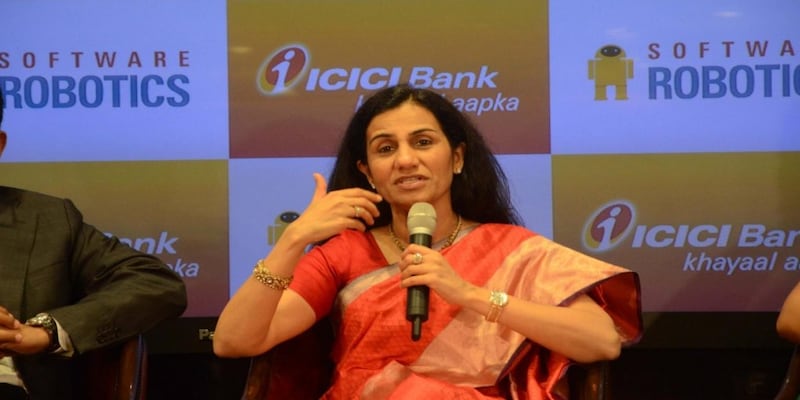 The Street was worried about the managerial transition and was awaiting the Sri Krishna Committee report, however, the overhang seemed to disappear as Chanda Kochhar resigned, according to analysts.

Chanda Kochhar on Thursday resigned from the post of managing director (MD) and chief executive officer (CEO) of ICICI Bank after leading the bank for almost ten years.

Kochhar's exit paved the way for COO Sandeep Bakhshi, who will take on the senior managerial role at the bank.
Shares of ICICI Bank rose by 4 percent Thursday, adding Rs 8,051 crore to its market valuation following the management change. The stock was down 0.3 percent to Rs 314.90 on Friday, with benchmark index Sensex lower by 0.5 percent in morning trade.
Veteran banker Kochhar's reputation took a hit after she and her family faced allegations of quid pro quo and conflict of interest with respect to a loan extended to the Videocon Group promoter Venugopal Dhoot.
Here’s what brokerages have to say on Kochhar’s exit from the bank:
Overhang seemed to disappear as Chanda Kochhar resigned: Macquarie Research:
"The Street was worried about the managerial transition and was awaiting the Sri Krishna Committee report, however, the overhang seemed to disappear as Chanda Kochhar resigned," the report said.
According to Macquarie, Sandeep Bakshi is a "credible successor in the current circumstances" as the brokerage believes that with the right incentive mechanisms and focus, company could improve profitability.
"The share valuation is attractive at current levels," Macquarie said, adding that ICICI Bank is the top pick in the sector.
Outperform Call: Target at Rs 416 per share.
Earnings to show a turnaround from the fiscal year 2020: Morgan Stanley
“The announcement of the CEO's early retirement removes an overhang from the stock; the next key point to watch in the ongoing story of alleged conflicts of interest will be the report by the independent external committee conducting the inquiry,” Morgan Stanley said.
Morgn Stanley expects earnings to show a turnaround from the fiscal year 2020, now that the bad loan cycle is likely over and underlying business at the bank is progressing well.
Overweight Call: Target at Rs 460 per share.
Have you signed up for Primo, our daily newsletter? It has all the stories and data on the market, business, economy and tech that you need to know.
Check out our in-depth Market Coverage, Business News & get real-time Stock Market Updates on CNBC-TV18. Also, Watch our channels CNBC-TV18, CNBC Awaaz and CNBC Bajar Live on-the-go!