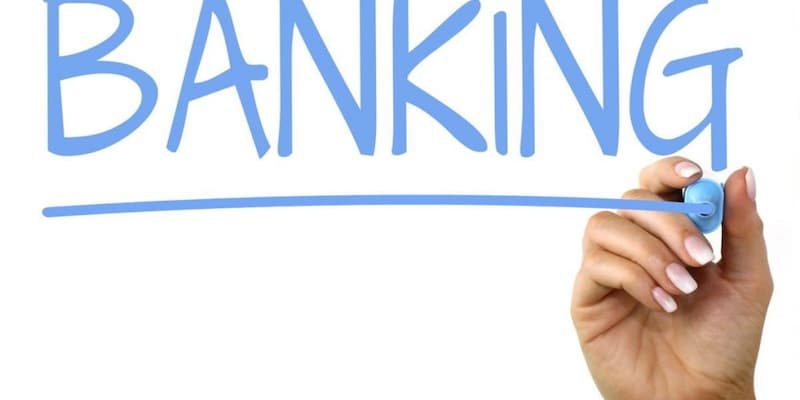 Union Budget 2022-23: Here are all the banking and finance related announcements made by Finance Minister Nirmala Sitharaman in today’s budget.

More credit lines for small businesses, introduction of the central bank digital currency, digital banking push, and amendments to strengthen the bankruptcy law were among key focus areas for the banking sector in this year’s Union Budget.

Here are all the banking and finance related announcements made by Finance Minister Nirmala Sitharaman in today’s budget.
RBI Set to Introduce Digital Rupee in FY23
Finance Minister Nirmala Sitharaman announced that the Reserve Bank of India will use block-chain and other technology to bring out a digital currency in the coming financial year 2022-23.
“The Government proposed to introduce Digital Rupee, using blockchain and other technologies, to be issued by the Reserve Bank of India starting 2022-23 for more efficient and cheaper currency management system, “ Sitharaman said.
With this, India will join the ranks of countries issuing their own Central bank Digital Currency (CBDC). CBDC is the legal tender issued by a central bank in a digital form. It is the same as a fiat currency and is exchangeable one-to-one with the fiat currency. Only its form is different. CBDC is the same as currency issued by a central bank but takes a different form than paper (or polymer). It is sovereign currency in an electronic form and it would appear as liability (currency in circulation) on a central bank’s balance sheet. The underlying technology, form and use of a CBDC can be moulded for specific requirements. CBDCs should be exchangeable at par with cash.
This is not to be confused with private digital currencies like cryptos, which are not backed by governments/central banks and do not have any intrinsic value. The government has also proposed to levy 30 percent tax on digital private assets.
Extending ECLGS with focus on hospitality and related enterprises
The government has also extended the Emergency Credit Line Guarantee Scheme (ECLGS) by one year upto March 31, 2023. In addition, the guarantee cover for ECLGS will also be expanded by Rs 50,000 crore, to a total of Rs 5 lakh crore. The additional amount will be focused on hospitality and related enterpises.
The scheme provides 100 percent guarantee coverage to Banks and NBFCs to enable them to extend emergency credit facilities to Business Enterprises/MSMEs in view of COVID-19 crisis. The ECLGS is one of the key components of the Rs 20 lakh crore economic stimulus package under the 'Atmanirbhar Bharat Abhiyan' announced last year, and was widely expected to be both extended and expanded by the government in light of the third wave of the pandemic.
CGTMSE Scheme revamp
In a further move to help MSMEs impacted by the pandemic, the Credit Guarantee Fund Trust for Micro and Small Enterprises (CGTMSE) will also be revamped with required infusion of funds, the FM said. “This will facilitate additional credit of Rs 2 lakh crore for MSEs and expand employment opportunities,” she said.
Credit Guarantee Funds Trust for Micro and Small Enterprises (CGTMSE) is a trust established by the Government of India, under the Ministry of Micro, Small and Medium Enterprise (MoMSME) and Small Industries Development Bank of India (SIDBI). Launched in 2000, CGTMSE offers credit guarantees to financial institutions that offer loans to MSMEs. CGTMSE provides a guarantee to lending institutions up to a certain limit for all lending done by them to the MSME sector.
Digital Banking by Post Offices: 100% of post offices to come on the core banking system
In a bid to provide a big push to the digital economy in rural India, the FM announced that all of 1.5 lakh post offices will come under the core banking system which will enable financial inclusion and access to accounts through net banking, mobile banking, ATMs, and also provide online transfer of funds between post office accounts and bank accounts. With this, ‘The government is trying to ensure benefits of digital banking reach every nook & corner of India,” Sitharaman said.
The move is significant as it will also bring more than 35 crore Post Office deposit accounts with deposits aggregating Rs 10 crore or more into the financial system.
Digital Payments: Scheduled Commercial Banks to set up 75 Digital Banking Units in 75 districts
“Digital banking, payments & fin-tech innovations have grown at a rapid pace in recent years…To mark 75 years of Independence, 75 Digital banking units will be set up in 75 districts of the country by scheduled commercial banks,” FM said. This is to ensure that benefits of digital banking reach every “nook and corner of the country
IBC Amendments
Finance Minister Nirmala Sitharaman also announced some proposed changes in the Insolvency and Bankruptcy Code (IBC) to enable seamless cross-border insolvency, as well as quicker dispute resolution.
"Necessary amendments will be made in the IBC for more efficient dispute resolution and enable cross-border insolvency resolution," Sitharaman said.
Further, to accelerated corporate exits, the FM announced that voluntary winding up would be expedited to reduce the exit timeline from 2 years to 6 months.
What Was Not Announced
No mention was made on promises of privatisation of public sector banks announced in the last budget. While the Niti Aayog made recommendations to privatise banks like Central Bank of India, Indian Overseas Bank, the FM did not mention this in the budget, nor are the banking amendment bills required to move forward with privatization listed in this year’s budget session.
The big focus area for banking from the union budget over the years has been any announcements relating to infusion of capital into public sector banks. However, that was ruled out on the back of improved health of the financial sector, and a reduction in bad loans. The Finance Minister did not announce any further capital for the state run banks.
Check out our in-depth Market Coverage, Business News & get real-time Stock Market Updates on CNBC-TV18. Also, Watch our channels CNBC-TV18, CNBC Awaaz and CNBC Bajar Live on-the-go!