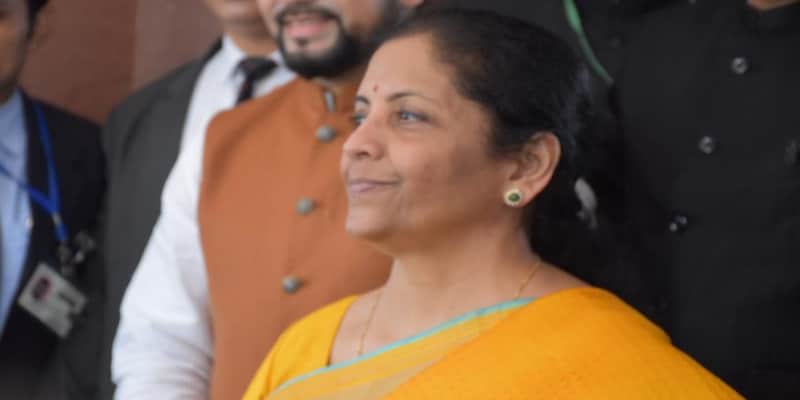 The Eye of the World

- touted as the successor to the wildly successful TV series and streaming phenomenon Game of Thrones – is the story of a quest led by a woman of great power, in search of the titular eye through a blighted and diseased landscape. Finance minister Nirmala Sitharaman’s Union Budget for 2022-23 (FY23) faces similar challenges.
It will have to navigate the potential fallout of geopolitical risks as NATO and Russia face off over Ukraine and supply chain disruptions like that of semi-conductor chip shortages (that are used in everything from kitchen appliances to mobile phones).
The Union Budget will also have to account for prices rising in global commodity markets (oil and metals), and volatility in global financial markets as the US tightens monetary policy throughout 2022, and lastly, the impact of continuous stream of new COVID-19 variants. ‘Decoupling’ from the global economy while sustaining our growth revival is impossible.
Also Read: Union Budget 2022: Date, time and other key details
The finance minister will have to focus on two I’s: infrastructure and investment. An analysis of India’s infrastructure by Dun & Bradstreet, the research and consulting firm, found that India spends about $120 per capita on infrastructure compared to $1,200 by industrialised countries. However, most spending has been concentrated around roads and electricity generation.
Financing infrastructure is a thorny problem. In her FY22 Budget, the finance minister laid out her National Infrastructure Pipeline (NIP) and an associated National Monetisation Programme (NMP), with a core assets base of Rs 6 lakh crore over a five-year period (FY22-25). Of the Rs 88,000 crore targeted for FY22, nothing seems to have been implemented. Implementation is clearly turning out to be a problem.
Then, the Union Budget will have to persuade industry to increases private investment, and enable it by making public investments in infrastructure. Gross capital formation as declined from 34.2 per cent of GDP in 2014 (GDP of $2. 04 trillion) to 29.2 per cent of GDP in 2020 (GDP of $2.67 trillion). Both public and private investment have fallen and must rise.
Also Read: Formation of GST tribunal likely to be announced on February 1
But the indications from the last two years – for which a large part could be attributed to the COVID-19 pandemic are not particularly encouraging. Credit growth has remained stuck at less than 10 per cent: banks prefer to use put their deposits and liquid funds into the Reserve bank of India’s reverse repos rather than lend to companies. Increasing private sector investment is going to require much more.
Many commentators – economists included – have argued that Budget measures must encourage consumption to drive growth or at least keep the revival going. In the last two Budgets, stimulus measures were expected to do some of that. On that score, success seems to have been limited, not quite to the extent hoped for.
The stimulus has three components: direct transfers to those who lost jobs and their families, and people to the poverty line; it covered an estimated 800 million people. While the in-kind and cash transfers – about Rs 3 lakh crore – helped people through the pandemic and addressed part income losses, it did not stimulate consumption.
The liquidity support provided through the Reserve Bank of India (RBI) and government - the second component, an estimated target of Rs 12 lakh crore – did not work either, as indicated in previous paragraphs: there was no credit growth or investment. Even the Emergency Credit Line Guarantee Scheme (ECLGS) did not achieve the aggregate target of Rs 3 lakh crore.
The third component was investment funds – agriculture infrastructure funds, fund of funds for MSMEs, etc. This segment did not work either; reports suggest that the fund-of-funds did not record even a single transaction. In other words, only 10-15 per cent of the stimulus package was actually delivered, accentuating the scale of the finance minister’s task.
What can she do? There is a third I: incentives. The challenge here is picking the right ones (according to Hindu mythology, Lord Shiva opening his third eye only 4 times). One could be a better and more effective rationalisation of the tax structure. There are too many slabs, still too many exemptions and exclusions.
Another policy measure – especially in the context of the NMP – would be to revive the public-private partnership (PPP) model, that has been shelved for some time. The NMP is a multi-year, medium- to long-term plan, so taking the time to fix the model will work.
The Eye of the World is the first volume of a series of 17 books, the first 14 of which were written by Robert Jordan; appropriately enough, the series is called The Wheel of Time. The Union Budget is an annual accounting process but also a platform for setting long-term goals. It’s not enough to just revive the economy with the FY23 Budget, but put it on a sustainable, high-growth path for several years.
Read more from CNBC-TV18's budget coverage here
The author Ramesh Swaminathan is CFO, Lupin Ltd.
Views are personal
(Edited by : Aditi Gautam)
Check out our in-depth Market Coverage, Business News & get real-time Stock Market Updates on CNBC-TV18. Also, Watch our channels CNBC-TV18, CNBC Awaaz and CNBC Bajar Live on-the-go!