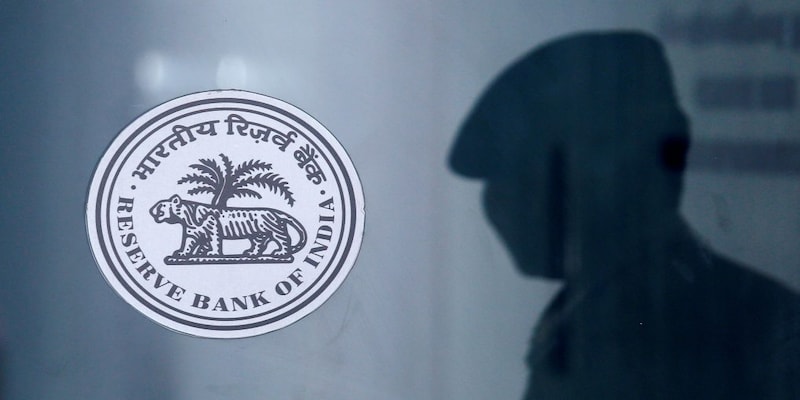 Indian banks have technically written off a staggering amount of Rs 68,607 crore due from 50 top wilful defaulters, including absconding diamantaire Mehul Choksi, according to a reply under RTI from the Reserve Bank of India (RBI).

Prominent RTI activist Saket Gokhale had filed an RTI query with the RBI seeking details of the 50 top wilful defaulters and their current loan status till February 16.
"I filed this RTI because Finance Minister Nirmala Sitharaman and Minister of State for Finance Anurag Thakur had refused to reply to this starred question asked in the Parliament by Congress MP Rahul Gandhi in the last Budget Session on February 16," Gokhale told IANS.
Disclosing what the government didn't, the RBI's Central Public Information Officer Abhay Kumar provided the replies on Saturday (April 24), with several startling revelations in the 'diamond-studded list', said Gokhale.
The RBI said that this amount (Rs 68,607 crore) comprises outstanding and the amounts technically/prudentially written off till September 30, 2019.
An inadvertent error had crept in a previous version of the report, which has now been corrected.
"The apex bank also declined to provide the relevant information on overseas borrowers citing a Supreme Court judgement of December 16, 2015," Gokhale told IANS.
Topping the list is Choksi's scam-hit company, Gitanjali Gems Limited, which owed Rs 5,492 crore, besides other group companies, Gili India Ltd and Nakshatra Brands Ltd, which had taken loans of Rs 1,447 crore and Rs 1,109 crore, respectively.
Choksi is currently a citizen of Antigua & Barbados Isles, while his nephew and another absconder diamond trader Nirav Modi is in London.
The second in the list is REI Agro Ltd., with an amount of Rs 4,314 crore, and its directors Sandip Jhujhunwala and Sanjay Jhunjhunwala who are already under the scanner of the Enforcement Directorate (ED) since over a year.
The next on the list in the Rs 4,000-crore bracket is absconding diamantaire Jatin Mehta's Winsome Diamonds & Jewellery owing Rs 4,076 crore and which is being probed by the Central Bureau of Investigation for various bank frauds.
In the Rs 2,000-crore category, there is the Kanpur-based writing instruments giant, Rotomac Global Pvt. Ltd., part of the famed Kothari group, which owed Rs 2,850 crore.
The others in this category include: Kudos Chemie, Punjab (Rs 2,326 crore), Baba Ramdev and Balkrishna's group company Ruchi Soya Industries Ltd., Indore (Rs 2,212 crore), and Zoom Developers Pvt. Ltd., Gwalior (Rs 2,012 crore).
There are 18 companies in the Rs 1K crore-segment with some prominent names like Harish R. Mehta's Ahmedabad-based Forever Precious Jewellery & Diamonds Pvt. Ltd. (Rs 1,962 crore), and absconder liquor baron Vijay Mallya's defunct Kingfisher Airlines Ltd. (Rs 1,943 crore).
Another 25 companies fall in the sub-1K-crore category with outstandings ranging from Rs 605 crore to Rs 984 crore, either individually or as group companies.
Six among the 50 top wilful defaulters are connected with the glittering diamond and/or gold jewellery industries.
"A majority of them have defaulted prominent nationalist banks over the past several years and many of them are either absconding or facing action by various probe agencies and some are under litigation," Gokhale said.
No industry is sacrosanct as the top 50 willful defaulters are spread across various sectors of the economy including IT, infrastructure, power, gold-diamond jewellery, pharma, etc.
Check out our in-depth Market Coverage, Business News & get real-time Stock Market Updates on CNBC-TV18. Also, Watch our channels CNBC-TV18, CNBC Awaaz and CNBC Bajar Live on-the-go!