Bajaj Finance set for its lowest annual share price returns in a decade What lies ahead?

Bajaj Finance set for its lowest annual share price returns in a decade - What lies ahead?

The last time Bajaj Finance had delivered negative annual returns was way back in 2011.

2022 will mark the lowest returns for Bajaj Finance in the last 10 years. As of date, the stock is down 8 percent for the year. The last instance of Bajaj Finance delivering negative returns in a year goes way back to 2011, when it declined 12 percent. Since then, the stock has had an incredible run.

We still have the final trading week for the year to go, so things may change. But as of now, it is a negative year for Bajaj Finance after a decade. The lowest positive return for Bajaj Finance in that period has been 2013. It delivered negative returns 2011 and 2022 and even with these two negative years, the compounded annual growth rate (CAGR) since 2009 is 50 percent. Every five to six years, valuations for Bajaj Finance have moved up substantially and then stayed there. From almost 1.8 times forward price-to-book in 2012, the valuation moved up to as high as 8.5 times in 2021. Although they have come back to the 2017-18 kind of levels at 6.5 times, they are still higher compared to the 12-year average of 4.5 times one-year forward.
Let is now compare Bajaj Finance to what is considered to be the highest quality, top-tier bank, which HDFC Bank: 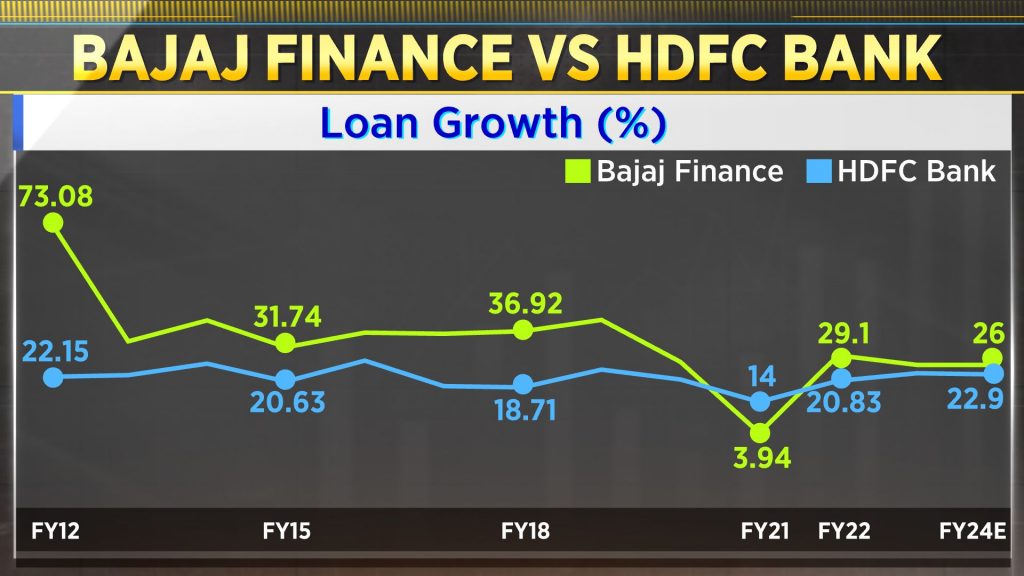 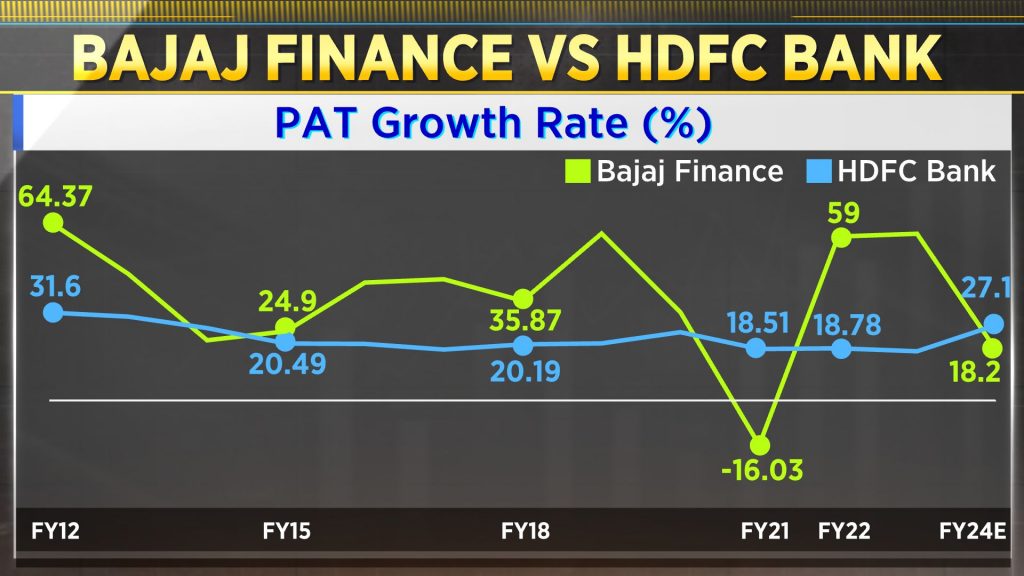 On valuations Bajaj Finance is commanding premium valuations as compared to HDFC Bank. At its peak, the premium stood at 172 percent, which has now narrowed down to 122 percent. But the market would want to ask this question: With Bajaj Finance behind HDFC Bank in terms of loan growth and profit growth for the next financial year, would you want to pay such a premium?
What Next?
I want to leave you with a couple of pointers on what next?
So are we in for a more normalised 25-30 percent growth rate, compared to the 45-50 percent seen earlier? Although I have to say, that whoever has bet against Bajaj Finance over a longer period of time has been wrong. So history, and empirical evidence points to the fact that 2023 may be a better performance compared to what we have seen this year so far.
Check out our in-depth Market Coverage, Business News & get real-time Stock Market Updates on CNBC-TV18. Also, Watch our channels CNBC-TV18, CNBC Awaaz and CNBC Bajar Live on-the-go!
Tags