Updated : December 31, 2018 01:14:42 IST
According to the IBC data, about 1200 corporates have gone for insolvency resolution as of September 2018.  Of these, 118 cases have been closed on appeal or review, 52 have yielded resolution while 212 have resulted in liquidation.
Of the 12 large defaulters, only five have met resolution, which includes Vedanta buying Electrosteel Steels, Aion-JSW Steel wining Monnet Ispat bid, Tata Steel bagging Bhushan Steel while Lanco Infra is headed for liquidation.

The Insolvency & Bankruptcy Code (IBC) was seen as a 'game-changer' for the creditor-borrower relationship and promised a window of hope for the banking system that was crippled by mounting bad loans and defaults.

But two years since its inception, the IBC report card paints a rather grim picture.

According to the IBC data, about 1200 corporates have gone for insolvency resolution as of September 2018.  Of these, 118 cases have been closed on appeal or review, 52 have yielded resolution while 212 have resulted in liquidation.

The 12 large defaulters identified by the Reserve Bank of India last year together with further 28 defaulters accounted for nearly half of the banking sector's debt, which stands at about Rs 10 lakh crore. These 40 defaulters owed Indian banks over Rs 5.2 lakh crore. 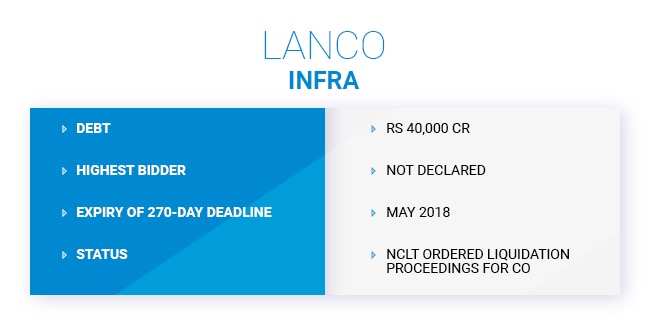 In case of Jyoti Structures, the National Company Law Appellate Tribunal (NCLAT) has asked the highest bidder to revise their offer in order to avoid a liquidation. The rest of them are still awaiting their fate.

Liberty House was identified as the winning bidder for Amtek Auto but failed to pay lenders within the stipulated time. 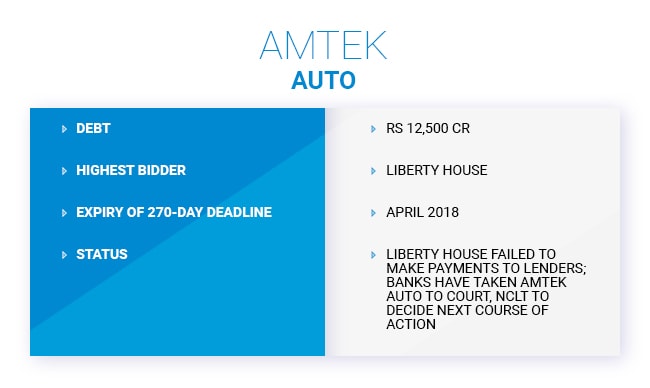 Another courtroom battle involves Essar Steel, where its promoters -- the Ruia family -- made a last-minute offer to repay lenders and withdraw the company from insolvency proceedings. The offer came after the company was hauled before the NCLT and subsequent proceedings deemed ArcelorMittal to be the highest bidder for its assets.

With regards to Jaypee Infratech, the clock has been set back by a year as the insolvency process will now start from scratch. ABG Shipyard hasn’t had a smooth sail either. Its lenders recently rejected the resolution plan submitted by the sole bidder Liberty House and may soon file for liquidation of the company. 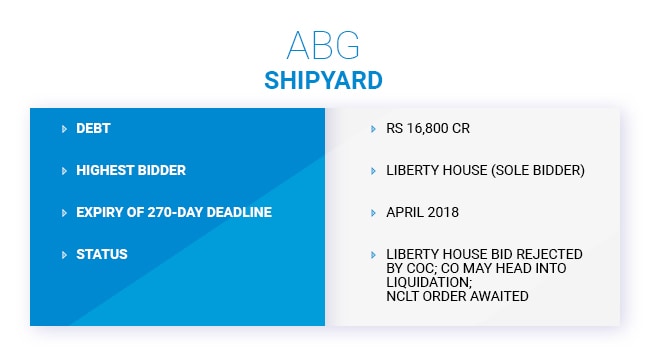 In the case of Alok Industries, the NCLAT has upheld the NCLT's order directing the resolution professional to reconsider the bid submitted by JM Financial and Reliance Industries. And for ERA Infra, the resolution process has barely started. As the IBC enters its third year, a bigger and more important question looms: could the IBC lose its identity?

So far, the Supreme Court has heard 40 petitions challenging the code on various fronts, and has also made some observations on the law suggesting changes, for instance, in the status of the operational creditors.

One thing is for certain. When compared with other channels of recovery like the SARFAESI and the debt recovery tribunals (DRT), the IBC Court-led process has emerged as the clear winner.

Data from RBI's recent Trends and Progress Report on Banking showed that against the claimed amount of Rs 9.9 lakh crore, lenders were able to recover Rs 4.9 lakh crore, registering the highest recovery rate of over 41 percent when compared to other channels.

Under the SARFAESI, the recovery rate was 24.8 percent, followed by 5.4 via DRTs and 4 percent via Lok Adalats.