Updated : September 17, 2018 06:36 AM IST
The big banks of Wall Street, at their peak in June 2007, were the biggest market players. The S&P 500 financial sector index had a collective net worth of more than $2.9 trillion, about 30 percent of the total S&P index.
The entire S&P financial sector’s market value plummeted 83 percent to $2.4 trillion compared with the broader S&P 500’s 58 percent swoon.

The US stocks market have evolved since Lehman Brothers filed for bankruptcy ten years ago, with technology stocks taking a lead over banks that were once deemed 'too big to fail'.

Before the financial crisis — triggered in large part by the demise of Lehman —the big banks of Wall Street were the top market players, with a combined weightage of about 30 percent on the main S&P 500 index.

The $2.9 trillion-index boasted of 'too big to fail' investment banks such as Citigroup, JP Morgan Chase, Goldman Sachs and Wells Fargo.

The term 'too big to fail' refers to banks and financial firms that are considered so large or entwined in the markets that their individual failures might cause a systemic crisis.

But the S&P 500 financial index, which had so far enjoyed investors' confidence, lost its sheen after investment banking giant Lehman Brothers filed for bankruptcy as the federal government signaled that there would be no bailout.

The housing market collapse and the subsequent filing for bankruptcy by the Lehman Brothers, then the fourth-largest investment bank in the United States, sent the whole financial markets into frenzy. The whole banking sector was reduced to just $510 billion in March 2009, equivalent to the combined market value of JP Morgan and Citigroup.

As the financial sector fell, there was a revival of the technology sector, which had so far enjoyed a weightage of between 10 percent to 20 percent on the S&P 500. 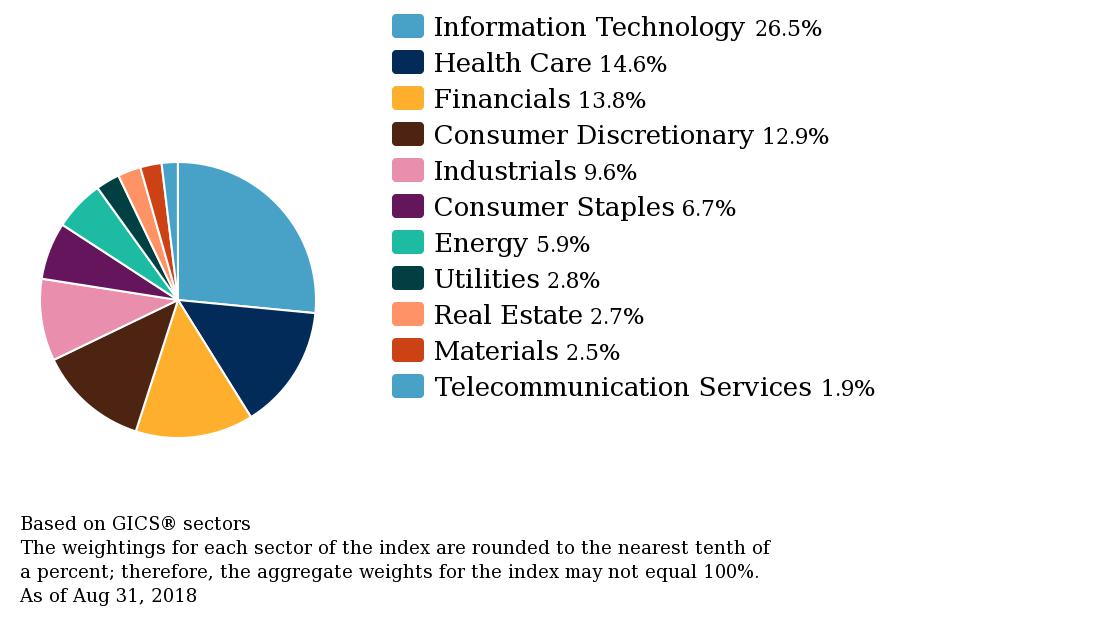 As of date, S&P 500 index’s market capitalisation stands at $24 trillion, of which the information technology sector accounts for 26.5 percent. The S&P 500 financials index, on the other hand, has a market valuation of $1.5 trillion and holds nearly 14 percent on the main index.

But the index growth is led by a handful of technology companies - Apple, Amazon, Facebook, Alphabet’s Google and Microsoft alone account for $4 trillion of the total market cap of the index. 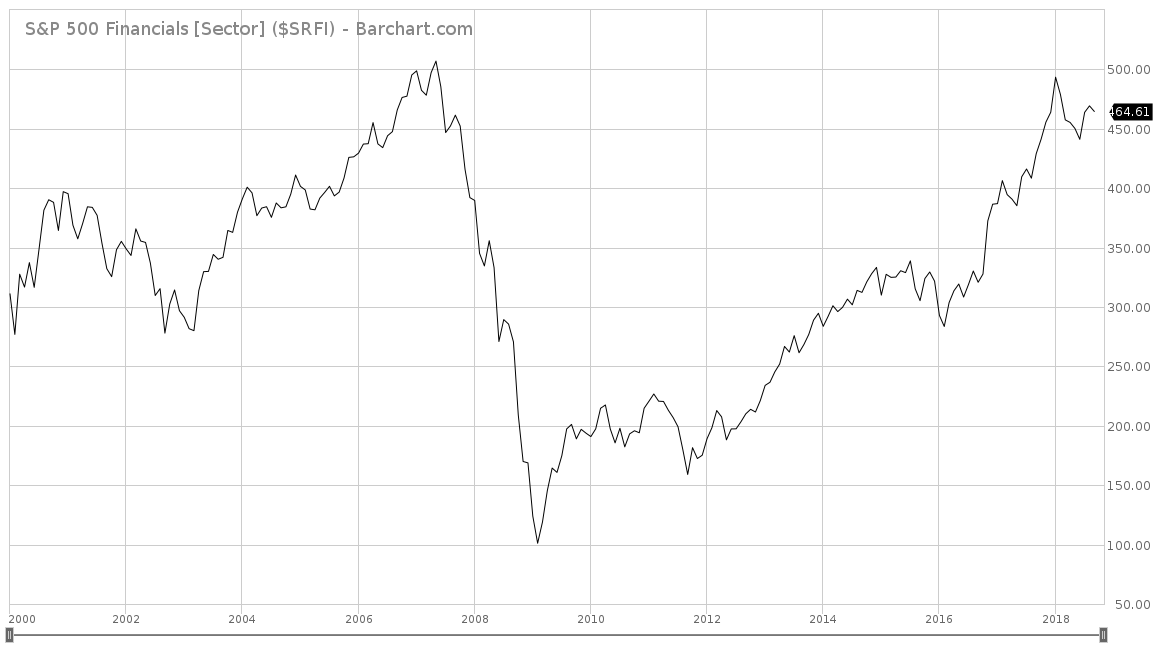 Apple with its revolutionary iPhone range of mobile phones, Amazon.com’s expansion into other frays of market beyond online retailing, Google’s dominance of internet search, Facebook being the social media giant and Microsoft’s rebirth as a cloud computing power have changed the market dynamics of the index.

The ever changing market dynamics indicates the technology sector will further climb with new innovations while the banks will take some more time to recover from the financial crisis.