Backstory: How UNEP headquarters bid was won by Kenya against India and European nations

Backstory: How UNEP headquarters bid was won by Kenya against India and European nations

The Kenyan delegation first roped in the Group of 77, suggesting a common stand of hosting a UN body first time in Africa. After completing their first major goal, the next step involved successfully persuading non-aligned nations beyond the African continent. India remained Kenya's only serious rival hereafter.

While most of the United Nations offices are hosted in European nations, UN Environment Programme (UNEP) is a stark contrast as it is headquartered in the African city of Nairobi, the capital of Kenya.

You might think how did the African country win the bid to host UNEP defeating Sweden and other European countries as well as India.

Then Kenyan President Jomo Kenyatta inaugurated UNEP’s headquarters in Nairobi. UNEP’s establishment marked the first time an international organisation was based in the Global South. (Source: UNEP website)
The genesis of Nairobi's bid to host an international body goes back to 1965  when its bid for the UN Industrial Development Organization agency was unsuccessful and went to Vienna instead.
Then in 1972, the UN's first conference on the environment held in Stockholm gave birth to a new UN organisation, termed UNEP. The proposed locations included London, New York, Mexico City, Madrid, Monaco, and New Delhi among others.
Kenya knew it had to rework its strategy this time and launched a protest. Nairobi's persistence led the UN to send an assessment team to find out the feasibility of hosting the newly created body in the city.
A Kenyan delegation led by former ambassador Joseph Odero-Jowi and then Foreign Minister Njoroge Mungai shocked everyone by offering Nairobi as the headquarters.
The Kenyan delegation first roped in the Group of 77, suggesting a common stand of hosting a UN body first time in Africa. After completing their first major goal, the next step involved successfully persuading non-aligned nations beyond the African continent.
India remained Kenya's only serious rival hereafter. 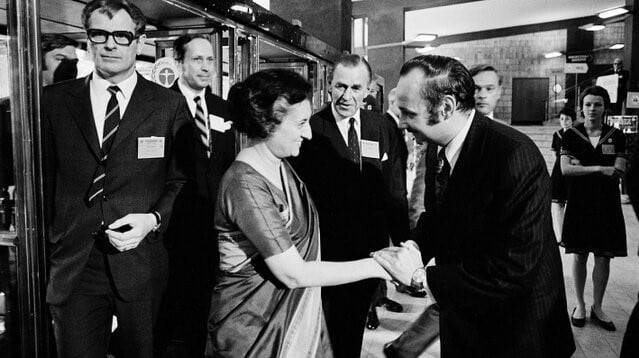 India's Indira Gandhi attended the United Nations Conference on the Human Environment in Stockholm, Sweden, in 1972. (Photo Credit: UN Photo/Yutaka Nagat)
Kenya's 17-page press release expounding on why the headquarters should be in Nairobi is regarded as a masterstroke. Listing out the reasons why Nairobi is the ideal place, the release said, "An international airport handling jumbo jets, telecommunications via an earth satellite link, a big conference centre nearing completion, resident missions from 55 countries, luxury housing and hotels, schools, hospitals, computer facilities and even secretarial schools as some of the facilities the new body could greatly benefit from if located in Nairobi."
India, later on, agreed to support Kenya's bid as did Mexico City. In fact, there were no votes against Nairobi's bid and there were no abstentions either. 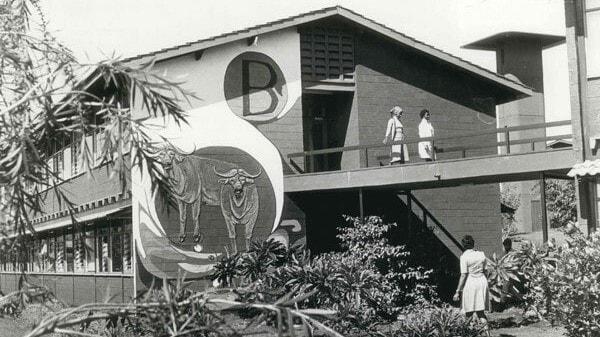 On 5 June, the world celebrated the first World Environment Day under the theme of “Only One Earth”. (Photo: UNEP website)
Thanking the supporting nations, Joseph Odero-Jowi said at the UN: "I think we owe him (newly appointed Executive Director Maurice Strong) a debt of gratitude and my delegation is happy that we have paid him a fitting tribute by electing him to organise and run a new organisation, a unique organisation which, fortunately, is going to be located in a developing country. We think that with his election to this post the UN has made history in a very significant manner, and we thank all the representatives for having made this mark in the history of mankind."
UNEP established its headquarters in the Kenyatta International Convention Centre in 1973, which later shifted to the city's outskirts in 1975. However, the biggest irony still remains that Nairobi only hosted World Environment Day only once in 1987.
Check out our in-depth Market Coverage, Business News & get real-time Stock Market Updates on CNBC-TV18. Also, Watch our channels CNBC-TV18, CNBC Awaaz and CNBC Bajar Live on-the-go!