Why women's participation holds the key to climate action

Why women's participation holds the key to climate action 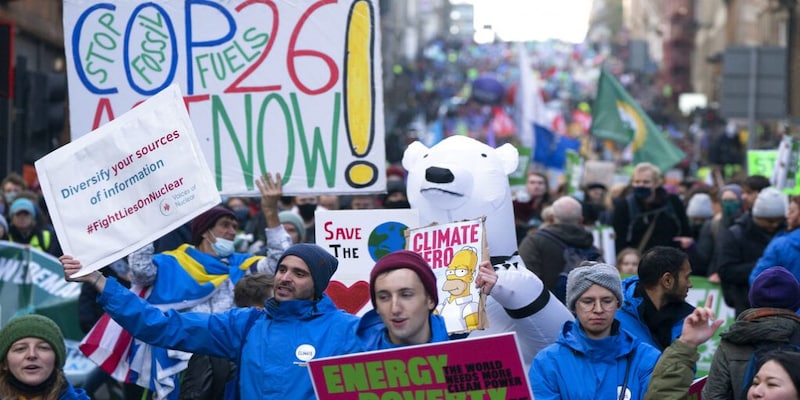 There has been a rise in awareness of gender-responsive finance with countries like the US, UK and Canada vowing to integrate gender into their climate finance arrangements.

The participation of women is crucial for the world to limit global warming to 1.5 degrees celsius. Despite being disproportionately affected by the negative impacts of climate change, women are early adopters of new techniques and first responders to disaster situations. Hence, any climate action is unlikely to be successful or sustainable without the participation of women.

Despite the rise in awareness of women’s participation, they continue to face barriers in environmental decision-making and often have limited access to climate finance. Women-led initiatives require support and access to resources for effective implementation of climate action, the World Economic Forum said in a report.
Present situation
Calling countries to lend their support to women and girls at leadership levels to drive climate action, the leaders of three countries -- Estonia, Tanzania, and Bangladesh -- signed the Glasgow Women’s Leadership statement at the COP26 climate summit. Sadly, there were only three women among a delegation of 140 leaders.
There has been a rise in awareness of gender-responsive finance with countries like the US, UK, and Canada vowing to integrate gender into their climate finance arrangements. However, the amount of money mobilized till now is well short of the requirement around the world, the WEF report said.
Impact of climate change on women
As a result of gender inequalities, women are at a social disadvantage, making them more vulnerable to the negative impacts of climate change.
In developing countries, a number of women work in the informal sector, which exposes them to economic and environmental shocks.
A study by the Malala Fund estimates that climate-related events in 2021 will stop at least four million girls from low- and lower-middle-income countries from completing their education.
How women are important for climate change
Despite such challenges, as valuable members of society, women and girls will play a crucial role in achieving the climate targets set at COP26. Research has revealed that due to socially prescribed gender roles, women prioritize the welfare of their families and communities when it comes to resource-management decisions. The World Economic Forum reveals that Parliaments with more women representation are said to have passed more stringent climate policies.
Action is, therefore, required to improve access of women to healthcare, education, and political representation. This will strengthen their adaptive capacity to climate change.
Access to climate finance
According to data by Oxfam, only 1.5 percent of overseas climate-related development funds have named gender equality as their primary objective. Of this, only 0.2 percent reaches organizations led by women or for women.
The World Economic Forum report suggests small innovations in climate finance mechanisms such as direct access channels to increase the access to finance to women’s organizations. Equitable access to climate finance can also be ensured by providing smaller funds, more flexible timelines, and capacity-building and institutional support to such organizations, the report said.
Check out our in-depth Market Coverage, Business News & get real-time Stock Market Updates on CNBC-TV18. Also, Watch our channels CNBC-TV18, CNBC Awaaz and CNBC Bajar Live on-the-go!