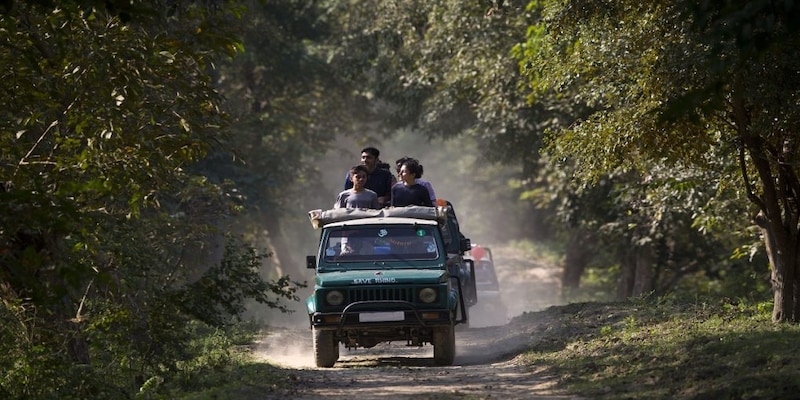 Economic development is often achieved at the cost of the environment with human encroachment and rampant pollution posing primary challenges to sustainable and holistic growth. This is why the manner in which eco-tourism is booming in India in particular close to the Reserves and National Parks needs an urgent look.

As the world emerges from pandemic-related economic dislocations and India continues with its commitment of net-zero, there is an opportunity to reimagine its urban development and growth in a manner that is future-ready and sustainable. Appropriate planning and a 360-degree vision are central to the overall discussion on the sustainability of economic growth. Economic development is often achieved at the cost of the environment with human encroachment and rampant pollution posing primary challenges to sustainable and holistic growth. This is why the manner in which eco-tourism is booming in India in particular close to the Reserves and National Parks needs an urgent look.

Eco-tourism works best with an effective balance between travelling, conservation and local communities in a world where climate issues and vanishing species pose increasing concerns. It is hence about minimising the social, physical, psychological, and behavioral impacts of humans. Statistics show that wildlife tourism in India has been growing annually at 15 percent with domestic Indian tourists comprising almost 70 percent of the travelers. The National Wildlife Database of the Wildlife Institute of India indicates the India’s network of 981 protected areas includes 566 Wildlife Sanctuaries, 106 National Parks, 214 Community Reserves and 97 Conservation Reserves. These cover a total area of 171,921 km or about 5.03 percent of the country.
Anecdotal accounts suggest that post-covid traffic to these areas has witnessed a surge with a great demand for booking hotels and safaris. While most visitors go for the sighting of a tiger, more serious-minded wild lifers seek birds, butterflies and other species. Some visitors are using resort facilities as simple getaway breaks in the lap of nature. In most such areas we can therefore witness a spurt in the number of lodges and hotels in the vicinity of the park to cater to the tourist rush.
Tourists are important for the economy of such areas as they spend money on hotels, food and transport. For states, this is an important source of revenue as this can then be reinvested into developmental requirements. While growing tourism brings prosperity to the town, it has added to the intense biotic pressure created by growing population densities in the areas around the park. While the core zone remains restricted to visitors, small and patchy buffer zones along with a growing tiger population (which is indeed a success story for India) has resulted in increased anthropogenic pressures on the habitat. What adds to the pressure is the presence of highways which have emerged as the critical arteries for mobility in the last decade. In some parks, there is the added issue of highways running close and parallel to the reserve.
Further, sounds permeate easily into the periphery of the jungle causing disturbances to its wildlife. The booming strobe sounds from resorts hosting late-night events for guests resonate widely and can be felt and heard both in parts of the jungle. Misplaced enthusiastic visitors and residents both can be seen jogging by the side of the jungle in the early hours giving a go by to any need for precautions.
Corbett National park, India’s first national park was established in the year 1936. It is 118 Kms. from Nainital via Kaladhungi & Ramnagar. Situated at the foothills of the Himalayas, it covers an area of 521 Sq. Kms. A major part of the park with an area of 312.86 sq. Kms. falls in Pauri Garhwal district and the balance 208.14 sq. Kms. in Nainital district. Ramnagar is a small town situated in the ‘Kumaon’ region of Uttarakhand in the district of Nainital. The total area of Ramnagar tehsil is 837 km² including 834.36 km² of rural area and 2.43 km² of the urban area. From a one-horse town till a decade ago, it is this place that has seen massive growth. It is the gateway to Corbett national park.
In order to enter Ramnagar, most tourists rely on NH 74 near Kashipur. Due to issues of road alignment, loss of forest and other vegetation, displacement of animals, this is a narrow NH strip that takes you onwards to Nainital. Till not so long ago, after dusk, there would be negligible traffic on these roads and the nocturnal wildlife was not disturbed at night by horns, powerful halogen, xenon and LED lights. Today, from being a place where the British developed tea gardens to the jostling for space during the tourist rush, this town has lost its free access to River Kosi which has been taken over by hoteliers; the river waters which flow in its naalas carry hotel debris and once you enter the town, be prepared for traffic jams all along the town. The Tiger Reserve is in itself strictly managed: with a great deal of sternness a visitor is informed for instance that “Playing of transistors and tape recorders within the Tiger Reserve is strictly prohibited” as is blowing of horns and driving above the speed limit. The number of vehicles that are allowed entry is also restricted.
What is worrisome is however the human behavior that no number of rules can control. Crying infants, crackling plastic, loud screams and crowding of jeeps in pursuit of tiger spotting is often witnessed within the reserve. It is well documented that human disturbance can influence wildlife behavior, which can have implications for wildlife populations. The insistence by tourists for getting as close as possible to the wild animals, rather than observing them from a safe distance can cause stress. Educated tourism can perhaps contain the levels of disturbance.
Sustainable development of any such protected environs, therefore, becomes a major policy challenge. This example is true of most of the Indian ecotourism aspects. The benefits of eco-tourism are many; however, experience has shown that the wildlife environment is at risk without strong governance arrangements. Before we rush to fast-track a green economy like eco-tourism, we need a robust governance framework that can lead to green financing its growth. For the positives can outweigh the initial negative impact.
—The authors, Dakshita Das is a policy expert & former civil servant and Srinath Sridharan is a corporate advisor & independent markets commentator. Views expressed are personal
(Edited by : Ajay Vaishnav)
Check out our in-depth Market Coverage, Business News & get real-time Stock Market Updates on CNBC-TV18. Also, Watch our channels CNBC-TV18, CNBC Awaaz and CNBC Bajar Live on-the-go!