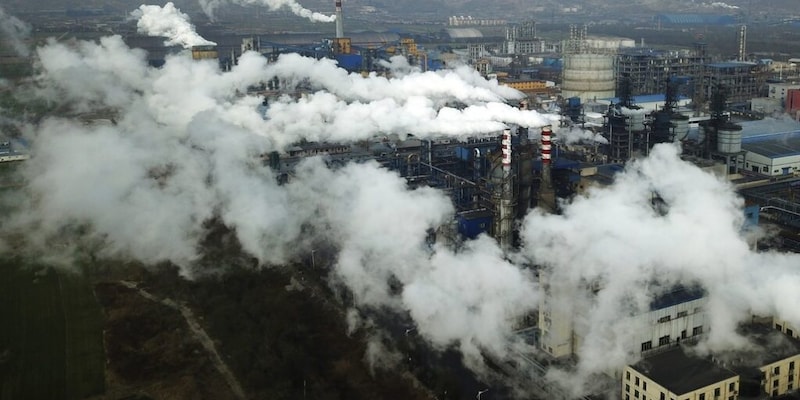 Marine ecosystems such as mangroves, seagrass meadows and tidal marshes are powerful carbon sinks and are often referred to as blue carbon ecosystems.

When £20 million was spent on creating a 250-hectare salt marsh in the Steart Peninsula in Somerset in 2014, many critics had called it a “waste of money”.

At the time, the Environment Agency and the Wildfowl & Wetlands Trust that spearheaded the project were hardly aware of the climate benefits of salt marsh. Meanwhile, others ridiculed it as an “extravagant, ridiculous scheme” that put birds ahead of humans.
Cut to 2021, world leaders, ministers, negotiators and representatives of various businesses, civil societies and international organisations are meeting at the ongoing COP26 UN Climate Change Conference in Glasgow, UK, which ends on November 12, to discuss ways to cut emissions to limit global warming.
Blue carbon takes the forefront in the fight against the climate crisis. Scientists at Manchester Metropolitan University say that the Steart marsh is one of the most powerful carbon sinks in the world as it absorbs 19 tonne of organic carbon a hectare every year.
Here is everything you need to know about blue carbon
What is blue carbon ecosystem?
Coastal ecosystems such as mangroves, seagrass meadows and tidal marshes are powerful carbon sinks and are often referred to as blue carbon ecosystems. They can sequester and store more carbon per unit of area than terrestrial forests.
On the other hand, green carbon rainforests remove and store carbon dioxide in biomass and release it when the trees die. However, mangroves store carbon in their soil and sediment, which can remain for millennia if left undisturbed.
Also Read: Climate clock reset shows world is 1 year closer to 1.5 C warming threshold
Apart from mitigating climate change risks, mangroves also prevent erosion and are a biodiversity hotspot for birds and endangered species.
Why is marine ecosystem needed?
A report commissioned by a high-level panel for a Sustainable Ocean Economy said a fifth of the emission cuts required to limit global temperature rise to 1.5 degree C will need to come from the ocean. Mangrove, seagrass and salt marsh ecosystems together account for over 50 percent of carbon storage in ocean sediments. Hence, protecting and restoring the blue carbon ecosystem will help absorb close to 1.4 billion tons of emissions per year by 2050, The Guardian reported.
However, these ecosystems are damaged by harmful fishing practices, farming and pollution, making it expensive to protect and restore them.
Also Read: Experts fear Jeff Bezos’ grand plan to plant trees could harm ecosystems
Seagrass meadows can store carbon in the seabed for millennia 35 times faster than tropical forests. However, seagrass meadows are disappearing at a 7 percent rate per annum. Also, between 2000 and 2016, over 3,360 sq km of mangrove forests were lost across the world.
Carbon-offset market
In a bid to fund their work, conservation groups are selling blue carbon credits to big organisations.
“We have been looking for a way to fund Cispatá conservation project for years. Some 50 percent of mangroves have been lost from the Caribbean coast over the past three decades, due to cattle ranching, roads and tourism,” marine biologist María Claudia Diazgranados told The Guardian.
Cispatá conservation project is a collaboration between Colombia’s Marine and Coastal Research Institute (Invemar), Conservation International (CI) and Apple. CI plans to sell blue carbon credits and use the money to cover at least half of the project’s $600,000 operating costs.
According to The Guardian investigation report, not all carbon-offset schemes are reliable. The report published earlier this year said several logging firms were paying for carbon schemes but also allowing logging to continue.
Ocean scientists still believe that selling blue carbon credit could be used as leverage to conserve the disappearing marine ecosystem.
Also Read: Meet 18 young eco-warriors from India chosen for UN's climate campaign
“Cispatá is the first blue carbon project to be verified by Verra and we have just sold our first blue carbon credits,” Dr Emily Pidgeon, vice-president at CI, said.
Verra is a US-based non-profit organisation that administers carbon-credit standard in the world.
According to its report, blue carbon investment is on the rise with renewable energy companies, shipping companies and finance companies looking at investing in it.
Several blue carbon mangrove projects are under development in Vietnam, Pakistan, Senegal, Kenya and Madagascar. In India, a blue carbon mangrove project is underway in the Sunderbans.
(Edited by : Kanishka Sarkar)
Check out our in-depth Market Coverage, Business News & get real-time Stock Market Updates on CNBC-TV18. Also, Watch our channels CNBC-TV18, CNBC Awaaz and CNBC Bajar Live on-the-go!