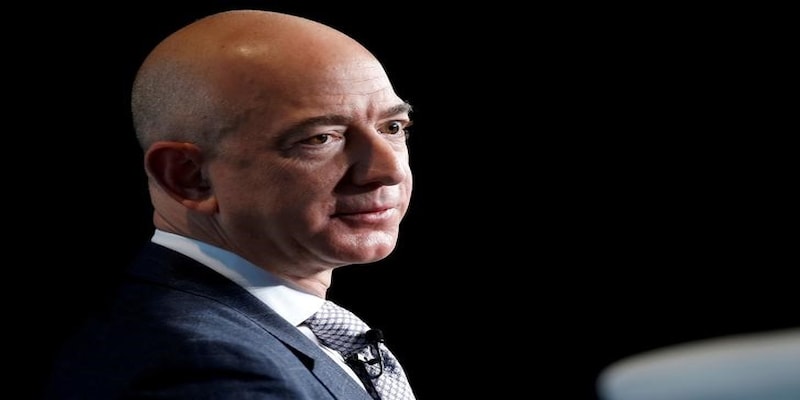 Amazon Founder and Chairman Jeff Bezos pledged $2 billion on November 1 to plant trees and restore landscapes across Africa and the US. And this is only part of his $10-billion cash commitment to save Mother Earth. Bezos' biggest challenge, however, is to stop environmental pollution arising from the beast called Amazon.com Inc.

Amazon Founder and Chairman Jeff Bezos has pledged $2 billion to plant trees and restore landscapes across Africa and the US. The commitment is in addition to the $1 billion announced in September to expand and monitor protected and conserved areas. The contributions are part of the $10-billion commitment under Bezos Earth Fund announced last year to fight climate change and preserve nature.

The Bezos Earth Fund will donate $1 billion every year till 2030 to address the globe’s climate crisis.
Also read: Bezos', Musk’s space expeditions fail to impress Bill Gates, says 'a lot to do on Earth'
However, conservation experts and activists fear that the restoration plan could potentially harm ecosystems if not executed properly.
The initiative could infringe on the rights of local and indigenous people and do more damage to the planet, The Verge reported.
What conservationists fear
“Organisations like the Bezos Earth Fund have tended to sort of hire people in Seattle to fix Africa. And that doesn’t work,” Forrest Fleischman, associate professor at the University of Minnesota, told The Verge.
Inexperienced donors like Bezos tend to waste the money and do a lot of damage, he added.
Conservation experts believe tree-planting campaigns do not have the same ecological benefits as natural forests and lead to monocrops of a single species.
Also read: Explained: How space tourism will add to global warming
Planting trees may irreversibly damage grasslands and savannas, The Verge quoted Rhodes University ecologist Susanne Vetter as saying.
Massive commitments like that of the Bezos Earth Fund have their own perils due to the speed and scale of the projects, said Prakash Kashwan, associate professor at the University of Connecticut.
“Designing restoration projects that are environmentally good requires working with each individual landscape based on what the landscape is like,” he said, adding that the fundamental principle would be to slow down.
Indigenous peril
The Verge report highlighted the injustice done to indigenous people around the world in the name of conservation. Tribes are pushed off their lands or stopped from practising traditions once their land is identified as a protected area. There is a history of “green grabbing” tied to colonisation, the report said.
According to a 2019 Buzzfeed News investigation, park rangers appointed by the World Wildlife Fund have been accused of raping, torturing and killing local and indigenous people in the national parks and wildlife reserves in Africa. Bezos has dedicated $100 million for the World Wildlife Fund under the Earth Fund scheme.
To avoid mistakes committed in the past, experts feel the Bezos Earth Fund should focus on funding best approaches to restore landscape already adopted by the indigenous people.
However, Bezos’ biggest contribution could be to stop environment pollution from Amazon, experts said. Unless that is stopped, Bezos Earth Fund would be little more than corporate greenwashing, said Fiore Longo from human rights organisation Survival International.
Also read: Jeff Bezos: The world is not enough?
(Edited by : Shoma Bhattacharjee)
Check out our in-depth Market Coverage, Business News & get real-time Stock Market Updates on CNBC-TV18. Also, Watch our channels CNBC-TV18, CNBC Awaaz and CNBC Bajar Live on-the-go!