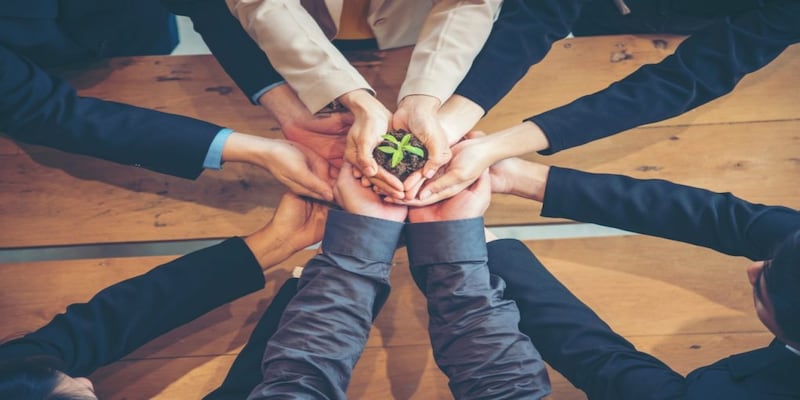 Sustainability vs sustained growth: The challenge is to tread the fine line between economic growth and environmental concerns as green protection is often found biased against industrial progress in emerging markets.

The relationship between economic growth and environmental pollution is admittedly highly complex and dependent on a host of factors, such as the size of the economy, the sectoral structure, the composition of energy demand, and the vintage of the technology. It also includes the standards of environmental protection laws and procedures and the role of the regulator, to name just a few.

Yet, everyone agrees that there is a need to find the right balance between environmental pollution arising from industrial growth and the economy’s sustained growth. Such a balance has become vital not just because the economy is recovering from the ravages of the pandemic, battling the after-effects of the Ukraine-Russia war, and rising inflation across the globe but also to provide a livelihood to millions.
Otherwise, conflicts will emerge, resulting in delayed or stalled projects, as witnessed in the case of South Korean steel major POSCO in Odisha and the Tata Nano project in Singur, West Bengal, among many others. The Tata group’s initiative in 2001 to set up a 50.000-ton per annum titanium oxide project with an investment of Rs 2,500 crore in Tamil Nadu was stalled even before it could take off. Despite getting approval from the state government, the Tata group failed to acquire the land for the project because of continued resistance from vested groups.
Interestingly, on June 3, 2014, the Intelligence Bureau (IB) presented a report to the newly-elected Prime Minister Narendra Modi titled “Concerted efforts by select foreign-funded non-governmental organisations (NGOs) to take down Indian development projects.’’. The report said that a “significant number of NGOs (funded by donors based in the US, UK, Germany and Netherlands) have been noticed to be using people-centric issues to create an environment, which lends itself to stalling development projects.’’ These disruptions, the report claimed, were responsible for reducing India’s GDP by a whopping two to three percent every year.
“Stalling of mega industrial projects like POSCO and Vedanta is well documented including the role of European NGOs such as UK-based Amnesty International, Action Aid and Survival International,” argues the IB report; Greenpeace has initiated a sustained campaign against the import of palm oil from Indonesia, arguing that Indian demand encourages deforestation and peat land destruction in that industry.
West Bengal, Odisha, Tamil Nadu, Maharashtra and a few other states seem to have been held hostage by groups of environmental NGOs. They continue to block big-ticket projects that could boost the country’s growth.
The proposed steel manufacturing plant of JSW Steel Ltd across 1173.58 hectares of land spread across the three villages of Dhinkia, Nuagaon and Gadakujang, about 60 kilometres from Bhubaneswar and expected to manufacture 13.2 million tonnes per annum of steel, is also facing protests from various quarters led by the Lok Shakti Abhiyan. While opposing the setting up of the plant, the Lok Shakti Abhiyan leader claimed that the construction in the coastal area is a threat to the environment.
Another project facing protests is Vedanta's plan to build another copper smelter in Therkuveerapandiyapuram village In Tamil Nadu to double the company's total production in Thoothukudi from 400,000 tonnes to 800,000 tonnes a year and making it the second largest in the world. The protests are spearheaded by the residents of Kumarettiyapuram village, within 200 metres of the proposed plant. The plant shutdown affected as many as 20,000 direct and indirect jobs, while about 98,400 more were involved in the consumer or downstream industries.
Strangely enough, NGOs have neither visited the plants for seven years nor are willing to engage in discussion with the management to find an acceptable solution. They reject all invitations saying that “the pollution is outside, not inside the plant". An argument that makes little sense because pollution, if any, has to be more inside the plant than outside. It seems that the NGOs are being used to destabilise the industry, with many reportedly having links with vested interests abroad and being funded by business rivals.
The solution lies in bridging the gap between economic growth and environmental degradation allegations and assuaging the local community’s fears of pollution and other issues. Finding a middle ground and achieving a consensus among stakeholders through discussions across the table is a must. However, whether a plant should be closed for unfortunate incidents just because of local pressure is still debatable.
The regulators, instead of acting as policemen, should also play the role of industry facilitators. They should possess the technical inputs and handhold companies in times of trouble rather than just banning them for one reason or another. Regulators must also be experts in their field, well-versed in the industry and provide the right solutions.
However, to blame the regulators for all the industry ills is patently unfair. Policymaking is the job of the legislature or the government, and the regulator’s job is to ensure that the set laws and rules are followed in letter and spirit. Therefore, the answer lies in bringing the developmental and environmental concepts on the same page to avoid misinterpretation.
The author, Dr Brajesh Tiwari, is an Asst. Professor at School of Management, Jawaharlal Nehru University, New Delhi. Views expressed are personal.
Check out our in-depth Market Coverage, Business News & get real-time Stock Market Updates on CNBC-TV18. Also, Watch our channels CNBC-TV18, CNBC Awaaz and CNBC Bajar Live on-the-go!