The development comes in view of improvement in the quality of air in the national capital, which has been grappling severe levels of pollution owing to factors such as stubble burning in neighbouring states.
The restrictions in force under on the first three stages of GRAP, however, remain in force. Stage III restrictions include a ban on construction and demolition activities except in essential projects.
Check out what happens under Stage I & Stage II restrictions
The sub-committee on GRAP announced the decision after a meeting on Sunday to review the air quality situation in the region. 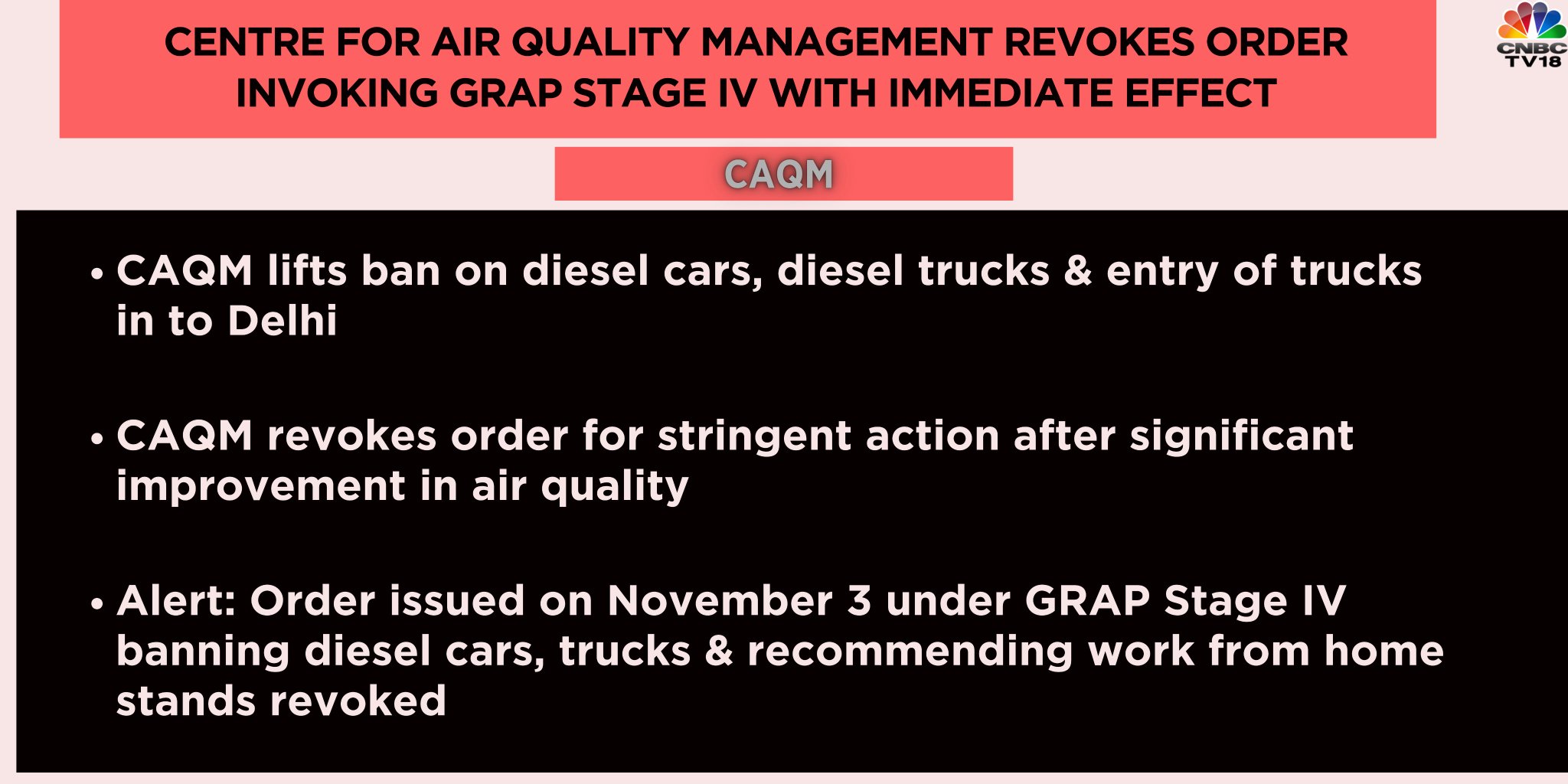 "As the present AQI (air quality index) level of Delhi is around 339, about 111 AQI points below the threshold for invoking the GRAP Stage-IV actions (Delhi
AQI > 450) and preventive/mitigative/restrictive actions under all Stages up to Stage-IV are underway, there is a likelihood of sustaining the improvement in AQI," said RK Agrawal, Member and Convenor of the sub-committee on GRAP.

"The forecast by IMD/IITM also do not indicate any steep degradation further," he said.
ALSO READ: Air purifier sales surge as Delhi grapples with severe pollution
On Sunday, the degree of air pollution improved marginally, though still in the ”very poor” category, due to favourable wind speed and a drop in stubble burning. The 24-hour average air quality index improved to 339 as of 4 pm on Sunday from 381 the previous day, according to the Central Pollution Control Board.
The index had spiked to the 450 mark on Thursday — just a notch below the "severe plus" category, prompting authorities to invoke the final stage of anti-pollution curbs that included the ban on non-BS VI diesel light motor vehicles.
(Edited by : Sandeep Singh)
Check out our in-depth Market Coverage, Business News & get real-time Stock Market Updates on CNBC-TV18. Also, Watch our channels CNBC-TV18, CNBC Awaaz and CNBC Bajar Live on-the-go!