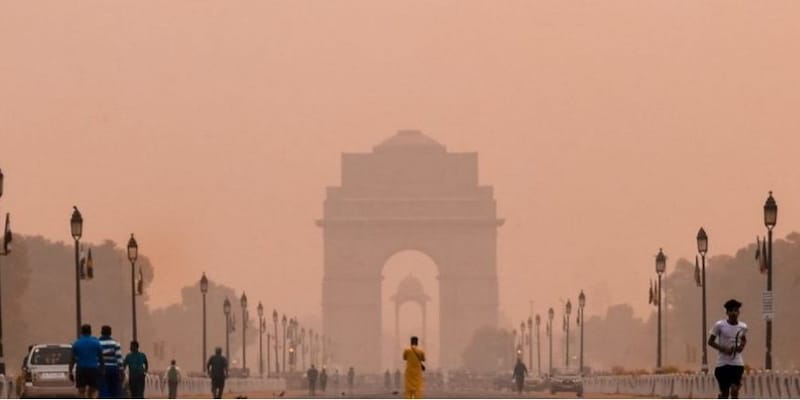 From curbs on construction and demolition activities to the use of bio-decomposers to replace stubble burning to a real-time source apportionment system — authorities are all set to mitigate severe air pollution with these measures. But the question is — will these measures indeed help in lowering air pollution levels with the festive season kicking in? CNBC TV18 spoke to some experts to get their take on the matter.

With bad air days back in Delhi, the government already has plans in action. Recently, the Delhi government launched a 15-point action to curb air pollution. These are being implemented alongside the Graded Response Action Plan (GRAP), that would be executed across the National Capital Region (NCR) as well. There are 24 measures under Stage 1 of GRAP.

But the question is — will these multi-pointer measures indeed help in mitigating air pollution levels with the festive season kicking in? CNBCTV-18.com spoke with some environment experts to weigh in on the effectiveness of the revised action plan laid out by the Delhi government.

While one called for an annual plan for long-term behavioural changes, another rued that there was no implementational thought process behind it. The lack of benchmark of the exact timeframe and quantity of pollution reduction was also pointed out.

Parth Kumar, Programme Manager at Industrial Pollution Unit at Delhi's Centre for Science and Environment, emphasised the need for synergy between Delhi and its neighbouring states when it comes to stubble burning and vehicular movement.

"There's a lack of synergy among neighbouring states. The Delhi government, NCR state governments and the commission of air quality need to be on the same page as stubble burning in Punjab and Haryana is one of the major causes of pollution in Delhi.

'Use of bio-decomposer is good but..'

Meanwhile, environment consultant Birendra Rajan said a bio-decomposer is a good initiative but it should be sufficiently mobile and time-efficient as farmers have very little time for burning the agricultural waste before going for the next plantation cycle.

Bio-decomposers are microbial solutions which, their manufacturers claim, can turn stubble into manure in 15-20 days and prevent farm fires.

According to news agency PTI, the Punjab Pollution Control Board (PPCB) said the results of the trials of bio-decomposers conducted in the state last year are not "very encouraging." However, the Delhi government hailed the Pusa bio-decomposer as a cost-effective solution to the problem of stubble burning.

Experts said the primary focus should be the road dust as it can re-suspend into the air, forming layers in the environment. Therefore, both Parth Kumar and Birendra Rajan said the focus should be on reducing vehicular loads on the roads.

Rajan said roads in heavy traffic areas must be cleaned twice a day. "Road dust pollution is a major source," he said, emphasising that pollution is not only due to petrol and diesel vehicles.

ALSO READ | What is PUC or Pollution Under Control Certificate that's a must in Delhi?

Meanwhile, the Delhi government said it will deploy 80 road sweeping and 521 water sprinkling machines to curb pollution emerging from roads. It added that alternative routes will be suggested to divert traffic from roads with heavy traffic.

Free transportation was another suggestion given by an expert.

"Why can't they make public transportation free and subsidise it during this period...Traffic is a major source of pollution. We could have staggered timings. There are no proper feeder services to metros. Public transport should strengthen as much," Kumar said.

Meanwhile, the Commission for Air Quality Management (CAQM) has encouraged offices to start unified commutes for employees to reduce traffic on road.

'Monitoring is good, but micro-monitoring will be better'

Kumar said, "We need to have micro-level monitoring systems... every small region should have air quality monitoring stations... they (authorities) can also go for smart monitors which are cheaper as well."

The Delhi government has already proposed a real-time source apportionment system which will help identify the sources of air pollution in real-time. On this, Kumar said, "The question is where these monitors are placed? They need to have a more dense network of monitoring stations."

ALSO READ | How to protect yourself from Delhi's air pollution

Kumar argued that an annual plan should also be there to inculcate behavioural changes among people. He said air pollution is there throughout the year and only the meteorology changes during this period because of which the situation worsens and we are able to feel it more."

He said every plan should be an annual plan. "Plans like GRAP can come for certain months, but there are plans of afforestation, green war room... If these plans are not run throughout the year, we won't see anything happening on the ground within a month," he said.

He added that people's behaviour "will only change if there's a continuous permanent thing in place."

The green war room will comprise nine experts who will analyse data and prepare a future course of action.

Rajdeep Pandey said targeted planning is important when asked what should have been included in the Delhi government's action plan. "In this action plan, no benchmark has been set" as to how much pollution must be reduced and in what timeframe.

Shining the torch on "indirect emission," Pandey batted for the use of renewable energy to produce electricity.

"Bio-mass will cause emission, but that emission will be comparatively less than the coal. That will help, but if we promote renewable energy, it will bring much better results," he said.

Besides this, Kumar pointed to some "illegal industries," where coal is still being used for industrial processes, although the government claims that all the industries have switched to natural gas. The government had earlier said that "Delhi is a modern state which does not have any coal-run thermal power plant."

Birendra Rajan said awareness must be created among Delhiites to ensure that these measures are followed. "They must be told that turning off the engine at red lights is also important to curb air pollution," he said.

All eyes are now set on the effectiveness and implementation of the government's action plan, with air quality in parts of Delhi already in the ‘poor’ category, and expected to worsen in the days ahead.