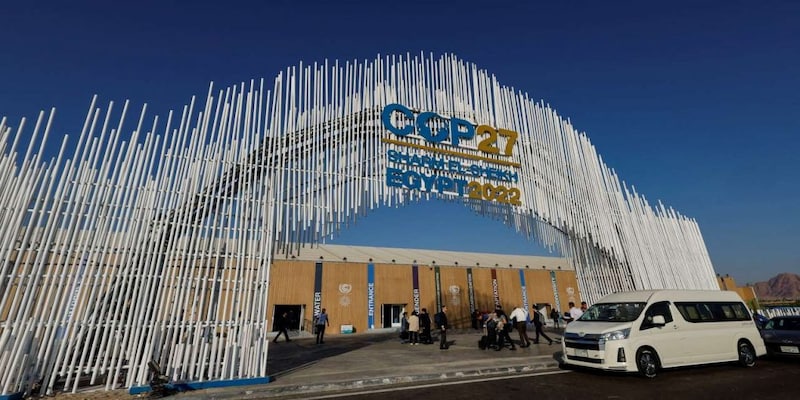 The COP27 climate summit approved the creation of a special fund to cover the losses suffered by vulnerable nations hit by the impact of global warming. The approval comes after much debate on who pays what for the climate change being witnessed across the globe.

The United Nation's COP27 climate summit approved the creation of a special fund to cover the losses suffered by vulnerable nations hit by the impact of global warming on Sunday.

The approval comes after much debate on who pays what for the climate change being witnessed across the globe. The so-called 'cover decision' sat alongside a host of other agreements still subject to intense negotiation a day after the summit was due to have closed.
A draft released by the UN yesterday (Sat) contained only a partial text on the contentious issue of "loss and damage" payments to countries hit by climate-driven disasters. It left a placeholder in the section for funding arrangements on loss and damage where text could be added later if countries reach an agreement.
Also Read: With COP27 countdown timer on, who pays what for
Experts said no reference to oil and natural gas -- on which developed countries depend -- in the text is not in the interest of climate action and makes it convenient for the fossil fuel lobby to press ahead. They expected COP27 to give a better message.  The overarching decision document leaves out India's call for phasing down all fossil fuels and not just coal.
It instead refers to the phasedown of unabated coal power and phase-out of inefficient fossil fuel subsidies, making no progress from the deal struck a year ago.
The document reaffirms the Paris Agreement temperature goal of holding the increase in the global average temperature to well below 2 degree Celsius above pre-industrial levels and pursuing efforts to limit the temperature increase to 1.5 degree Celsius above pre-industrial levels -- the same language was used in the deal last year in Glasgow, the UK.
Experts said it was ironic that the rich nations which claim to be fighting for "keeping 1.5 degree Celsius alive" have plans for massive oil and gas production expansion.  The climate talks this year are being held in the shadow of the Russian aggression in Ukraine and the related energy crisis which has strained the capabilities of countries to urgently tackle climate change. A successful outcome will reinforce the global resolve to fight climate change.
(With inputs from Reuters and PTI)
(Edited by : Abhishek Jha)
Check out our in-depth Market Coverage, Business News & get real-time Stock Market Updates on CNBC-TV18. Also, Watch our channels CNBC-TV18, CNBC Awaaz and CNBC Bajar Live on-the-go!