World leaders must walk the talk on 'loss and damage'

World leaders must walk the talk on 'loss and damage' 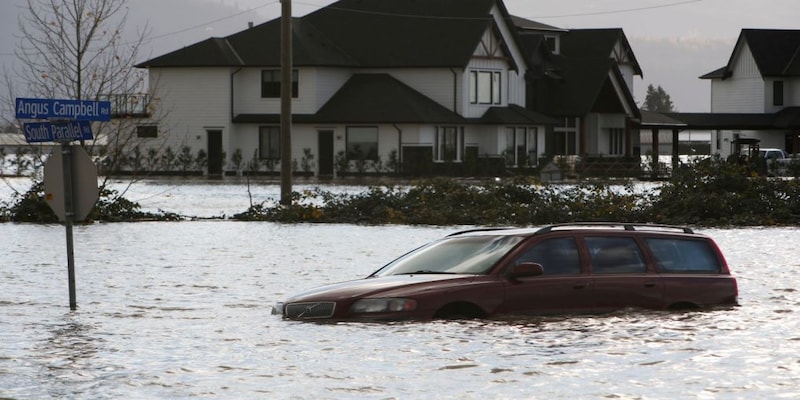 Though delayed by a few hours, the delegates from nearly 200 countries finally kicked off the COP27 summit at the Sharm El-Sheikh venue on Monday with the inclusion of 'loss and damage finance' in the official agenda. However, it is important to see whether the leaders will be able to prove their credibility by walking the talk.

Climate negotiations are currently underway at COP27 in Egypt and there are two words that stand out this year: Loss and damage. A key focus at the conference will be responding better to extreme weather events that are wreaking havoc every day across the world.

In 2022 alone, severe heat waves have debilitated Europe and Africa, devastating floods in India and Bangladesh impacted millions, and natural disasters in China have caused damages worth $13.3 billion so far. These escalating impacts, referred to as "loss and damage", will be the true test of COP27 now that the issue and its financing have been made part of the official agenda. And the credibility of world leaders to walk the talk depends on the implementation.
The debate, however, is not a new one. Almost a decade ago, UN negotiators agreed to set up a mechanism to tackle and address loss and damage. But progress has been slow because developed and rich countries have largely been dead set against it. Even at COP26, while many developing countries, such as India, pushed for establishing a formal loss-and-damage financing process, only the promise of a loosely defined "Glasgow Dialogue" materialised.
At COP27, India is once again expected to raise its voice to demand monetary and institutional support for loss and damage. Bhupender Yadav, union minister of environment, forest and climate, said, "Loss and damage initiatives will take the centre stage in the upcoming COP. The countries which do not have any role in climate change are the worst affected ones."
How can we advance on loss and damage at COP27 now?
First, while the inclusion of loss and damage finance on the COP agenda demonstrates a sense of unity between the rich and poor nations and is a diplomatic success, we need concrete arrangements. At the last COP, some of the world's largest emitters, the US and EU, strongly rejected the calls to compensate nations for climate-induced losses and damages. While Denmark and Germany have earmarked dedicated funds ahead of COP27, more countries must step up.
According to the IMF, countries had taken fiscal action amounting to $12 trillion to respond to the Covid pandemic – amounting to almost 12 percent of the global GDP. However, developed nations fall silent when it comes to putting money on the table for climate change-induced loss and damage. Floods in Pakistan cost over $30 billion and directly affected at least 33 million people.
But the UN humanitarian appeal for the floods is set at merely $472.3 million–of that, only 19 percent has been mobilised to date. In light of this reality, innovative and inclusive mechanisms such as multilateral funding channels, risk insurance and transfer, and a global contingency fund must be constituted to mobilise the dedicated funds. The Vulnerable Twenty Group (V20), which includes the Philippines, Vietnam, Maldives, Sri Lanka and Nepal, sets an exemplary example by creating a first-of-its-kind facility solely to address loss and damage within their multi-donor trust fund. The results are expected to be shown at COP27.
Also Read: Greta Thunberg blames 'limited space for civil society' for not participating in COP27
Second, the Santiago Network, established under the Warsaw International Mechanism (WIM) in 2019 to serve as a platform for nations to identify and catalyse resources for technical assistance and knowledge to address loss and damage, must be operationalised at the earliest. One major contentious issue is the advisory group that will be set up for oversight of functions and progress of the Network. The developed nations recommend that the Santiago Network be overseen by the WIM, which was set up to address loss and damage associated with climate change.
However, a 2019 review of the WIM at COP25 acknowledged that the Executive Committee was unable to perform the current functions and already had too many mandates. Hence, the developing countries suggest establishing an inclusive, independent advisory board. Progress on this would be critical for developing nations, least developed countries (LDCs), and Small Island Developing States (SIDS) to ensure smooth functioning and better clarity on the mobilisation of support.
Third, we should encourage discussions to explore ways, apart from the Santiago Network, to enhance the capacity of nations to evaluate loss and damage and estimate the financial flows needed to address it. A recent CEEW study states that a whopping 66 percent of the nations who refer to loss and damage in their NDCs do not mention any data on the loss incurred, associated impacts, and/or non-economic losses. This unravels the existing limited availability to calculate data on the impacts of loss and damage, hindering the ability to assess the course of action and funding available versus the funding required.
To this end, we must ensure international partnerships to enhance capacity-building through establishing data-sharing arrangements and sharing of technology, knowledge and best practices. Further, the discussion must not turn a blind eye to the non-quantifiable and non-economic parameters contributing to loss and damage and consider indicators/methods to assess impacts on biodiversity, traditions, culture, and society.
Finally, this COP presents an opportunity to strengthen collaboration, coherence, and cooperation among nations on loss and damage. Rather than getting lost in procedural challenges, developed nations must begin working and delivering on an inclusive finance architecture–for India and other vulnerable nations. Will there be obstructions? Indeed. But we must vigorously pursue enhanced support from the developed world to address loss and damage–for people, communities, and nations.
—-Shreya Wadhawan and Jhalak Aggarwal are Research Analysts at the Council on Energy, Environment and Water (CEEW), an independent not-for-profit policy research institution.
Check out our in-depth Market Coverage, Business News & get real-time Stock Market Updates on CNBC-TV18. Also, Watch our channels CNBC-TV18, CNBC Awaaz and CNBC Bajar Live on-the-go!