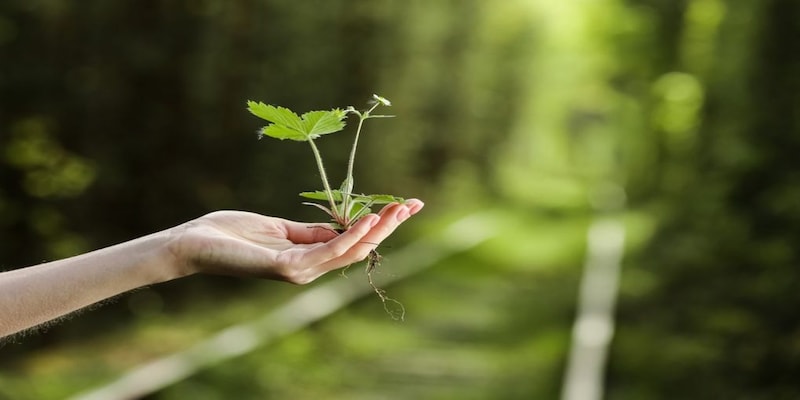 Vaishali Nigam Sinha, Chief Sustainability Officer, ReNew Power, announced a pledge that the company will plant and grow one million trees by 2030 as part of its commitment to 1t.org, during the COP 27 Climate Change Conference.

ReNew Power, a homegrown renewable energy company, on Wednesday announced that it will plant and grow one million trees by 2030 as part of its commitment to 1t.org, which is part of the World Economic Forum's efforts to accelerate nature-based solutions and was set up to support the UN Decade on Ecosystem Restoration.

The pledge was announced by Vaishali Nigam Sinha, Chief Sustainability Officer, ReNew Power, during the ongoing COP 27 Climate Change Conference at Sharm el-Sheikh, Egypt. “ReNew, a member of the 1t.org Corporate Alliance and the 1t.org India Platform is one of the first companies in its category from India to have submitted the 1t.org pledge, contributing to its ambitious global effort,” the company said in a statement.
Earlier this year, on World Environment Day, ReNew announced a target of planting 100,000 trees across 70 of its operational facilities in India by 2025, as part of its environmental, social, and governance (ESG) targets. “This promise will go a long way towards contributing to India’s goal of expanding its forest cover to 33 percent by 2030,” it added.
Also Read: Adani Ports buys 49.4% stake in IOTL, is now India's 3rd-largest liquid storage company
Such initiatives are important because human activities have led to the loss of millions of hectares of forests globally over the past few decades. Even today, about 10 million hectares of trees are cut down every year.
Sumant Sinha, Chairman and CEO, ReNew Power, said, “As a member of 1t.org, ReNew Power is proud to contribute to its goals of restoring and growing trees. With our commitment to plant a million trees by 2030, we will also be working towards meeting India’s green goals.”
Also Read: Good results expected from Bata India on a low base in September quarter
Check out our in-depth Market Coverage, Business News & get real-time Stock Market Updates on CNBC-TV18. Also, Watch our channels CNBC-TV18, CNBC Awaaz and CNBC Bajar Live on-the-go!