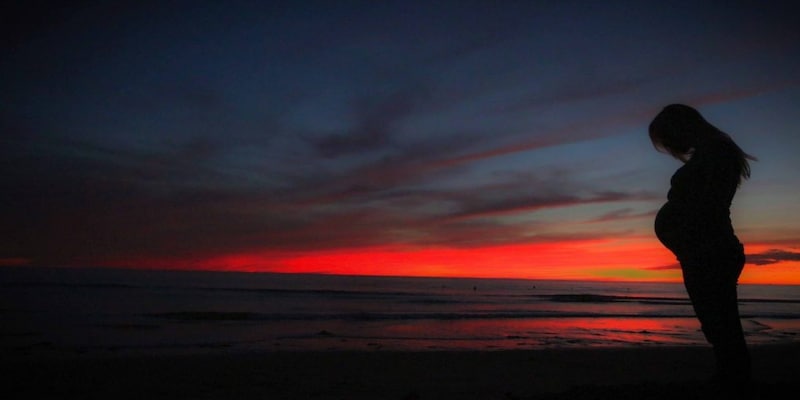 Studies have found that climate change is linked to weight gain in babies, premature birth and increased hospitalisations in young ones. Air pollution from fossil fuel burning led to reduced fertility and exposure to wildfire smoke increased the risk of severe birth defects.

Climate change has come to haunt humanity and those at gravest risk are children, even the ones who are yet to be born. Scientists have concluded that environmental degradation can damage the health of foetuses, babies and infants, The Guardian reported.

Apart from weather events damaging infrastructure like schools -- that are critical to a child’s well-being, droughts -- floods and wildfire can destroy crops and contaminate water reserves, making it difficult for them to survive, Unicef had said earlier.
Now, scientists have found that climate change is linked to weight gain in babies, premature birth and increased hospitalisations in young children.
Six studies, published in the special issue of the journal Paediatric and Perinatal Epidemiology, have shown that air pollution from fossil fuel burning was linked to reduced fertility and exposure to wildfire smoke increased the risk of severe birth defects.
Also read: What causes wildfires and why their alarming rise is worrying experts?
“From the very beginning, from preconception, through early childhood into adolescence, we’re starting to see important impacts of climate hazards on health,” Gregory Wellenius from Boston University, told The Guardian, adding that it is necessary to take steps today as these events would become more severe with continued climate change.
According to scientists from Hebrew University of Jerusalem, Israel, high birth weight and rapid weight gain in the first year of life are associated with exposure to high ambient air temperatures during prenatal life.
The research, which studied 200,000 births, showed that babies exposed to the highest 20 percent of night-time temperatures were at a 5 percent higher risk of gaining weight faster.
Also read: Explained: What is 'Eco-Anxiety' and how it affects people across the planet
At present, about 18 percent of children across the globe are overweight or obese, The Guardian report said, adding that it is possible that when the ambient temperature is higher, less fat is burned, leading to obesity.
A study by scientists in California found that a pregnant woman’s exposure to air pollution from wildfires in the month before conceiving can increase the risk of gastroschisis, a birth defect where a baby can be born with an organ protruding out of the body.
In the US, about 2,000 cases of foetal gastroschisis are reported in a year. However, scientists fear that the number is on the rise across the globe.
Also read: Climate change can stimulate these tipping points
Of the two new studies linking premature birth to high temperature, the first one from New South Wales, Australia, assessed nearly one million mothers between 2005 and 2014. Of these, 3 percent prematurely delivered babies. Pregnant women in the hottest 5 percent of the places in the week before birth were at a higher risk of 16 percent of giving birth prematurely.
Similarly, another study conducted in Harris County, Texas, analysed 200,000 births between 2007 and 2011 and found that the risk of any premature birth was 15 percent higher the day after very hot days.
Although it is unknown how heat triggers premature births, it may be because of release of labour-inducing hormones, The Guardian report said.
Also read: Despite climate change concerns, rising fuel costs, only 5% in India, US keen on EVs: Survey
One study conducted in New York City revealed that hotter climatic conditions increased the number of hospital admissions of children. According to researchers, young children lose more fluids when temperatures are high, than adults, leading to dehydration.
In Denmark, scientists assessed 10,000 couples trying to conceive naturally and found that increase in air pollution by a few units during a menstrual cycle decreased the chances of conceiving by about 8 percent.
Also read: Why countries can draw inspiration from Costa Rica to fight climate change
(Edited by : Shoma Bhattacharjee)
Check out our in-depth Market Coverage, Business News & get real-time Stock Market Updates on CNBC-TV18. Also, Watch our channels CNBC-TV18, CNBC Awaaz and CNBC Bajar Live on-the-go!