10 daily-use items that are wreaking havoc on environment

10 daily-use items that are wreaking havoc on environment 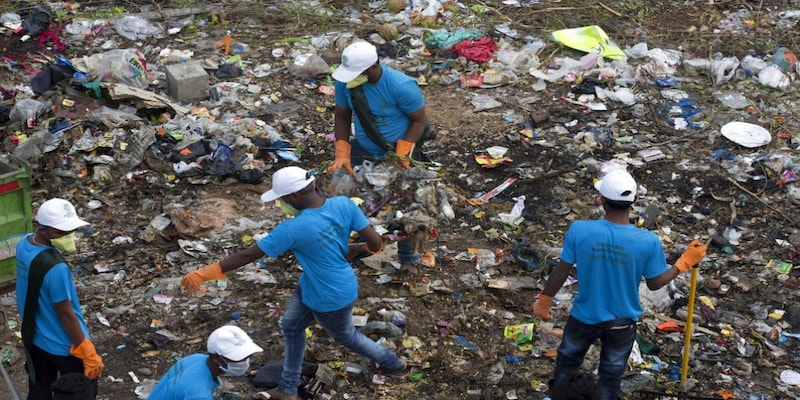 Gas stoves, something that almost every household uses every day, add 2.6 million tonnes of greenhouse gasses annually into the environment, according to a recent study by Stanford University. In India, LPG is widely used as cooking gas, which comprises 95 percent methane.

In a recent study published in Environmental Science & Technology, researchers from Stanford University found that in the US, gas stoves are constantly leaking methane, a harmful greenhouse gas, even when they are not running.

It was found that they release about 2.6 million tonnes of methane into the environment each year, which is equivalent to the greenhouse gasses that 500,000 cars release annually, as reported by CBS news.

To reduce methane leakage, the surface of the burners should be cleaned regularly and the burner caps should be kept centred and well-seated.

Many toothpaste brands may contain plastic microbeads. These microbeads are a leading contributor to the 8 million tonnes of plastic that ends up in the ocean every year. Microbeads are non-biodegradable and too small to be filtered in the clean-up processes. They attract toxic chemicals as they travel through the waters and have devastating effects on wildlife and the marine environment. These microscopic beads are also found in various shower gels and cosmetic products. Microbeads have been banned in the US, Canada, and the UK; other countries in Europe are expected to do so soon.

Traditional paper teabags contain elements of plastic. Manufacturers are increasingly using new formulas based on nylon or polyethylene terephthalate (PET) as they are supposed to offer a better brew quality and taste. But these teabags do not compost well and there are concerns about them releasing toxic chemicals.

Razors have a high carbon footprint as their production requires the use of steel, plastic, and high amounts of water. An estimated 2 billion razors are discarded each year in the US alone, according to CNN. Thus, electric, straight razors, and long-lasting razors are a better option for providing a smooth glow and keeping the environment safe.

Something as small as a piece of tape is not expected to have a major impact on the environment, but when the numbers pile up, these tiny pieces made of synthetic resins and plastic films contribute to major greenhouse gas emissions. In addition, the sticky gum residue from these tapes interferes with the recycling process. According to stacker.com, as a better alternative, some tapes (such as masking tape and cellophane) are becoming compostable to help reduce the carbon footprint.

Detergents that contain phosphate are harmful to the environment, particularly aquatic life. These phosphates pollute the water and lead to massive algae blooms. Algae blooms cover large areas of water and deplete oxygen and block sunlight, suffocating fish and other marine life. To make matters worse, detergents also contain surfactants, chemicals that clean dirt from clothing but contribute to marine destruction. To reduce the damage, phosphate-free options are available in the market.

Vegetable oil can potentially cause similar environmental effects as petroleum oils. According to the Environmental Protection Agency, USA, these can devastatingly coat animals and plants with oil and suffocate them by oxygen depletion. Vegetable oils can also clog water treatment plants and further damage habitats and food supplies to aquatic life, stacker.com reported.

Smartphones and laptops harm the environment the most. Huge amounts of resources such are rare metals, plastics, and energy are required to produce them. They also contain toxins such as mercury, lead, chromium, and other heavy metals, according to SFGate.com. The safe disposal of these electronic items has become an alarming issue for the entire world. These items mostly end up in landfills due to poor waste management. There they have the potential to pollute the soil and groundwater.

Jeans or denims take tonnes of water to produce. Just one pair requires approximately 2,900 gallons of water, according to a report by Insider. This number is mind-boggling when we consider that one in nine people worldwide does not have access to safe water. Therefore, donating old pairs of jeans or upcycling them is becoming increasingly important.

Most feminine hygiene products create non-biodegradable by-products. According to Julie Weigaard Kjaer, CEO and co-founder of Ruby Cup, a tampon can take about 500 years to decompose and a menstrual pad contains the same amount of plastic as four single-use plastic bags, says the report by BestLife.

An average person may use up to 12,000 of these products in their lifetime, she said.

Therefore, the use of menstrual cups and period underwear is being encouraged around the world.