Updated : May 25, 2019 06:36 AM IST
In four short years, she has grown her Southeast Asian e-commerce site Zilingo into a global platform with more than 7 million active users.
With a rapidly expanding investor following, the start-up’s latest cash injection in February 2019 valued the business at $970 million.

Ankiti Bose is 27, a fashion junkie, and on course to become the first Indian woman to co-found a $1 billion start-up.

In four short years, she has grown her Southeast Asian e-commerce site Zilingo into a global platform with more than 7 million active users. With a rapidly expanding investor following, the start-up’s latest cash injection in February 2019 valued the business at $970 million.

And to think, it all started with a shopping trip to Thailand.

“It was 2014 and I was on holiday with some friends, some ex-colleagues actually, in Bangkok, ” Bose told CNBC Make It.

“We were in this market called Chatuchak,” she said, referring to the capital’s iconic weekend market. With more than 15,000 stalls and some 11,500 independent merchants, it is the largest weekend market in the world.

“I was like ‘wow, this stuff should be online!’ But they just couldn’t sell online, they didn’t know how to. That was the inception,” said the CEO.

Zilingo is headquartered in Singapore and helps independent fashion and lifestyle retailers sell directly to consumers. 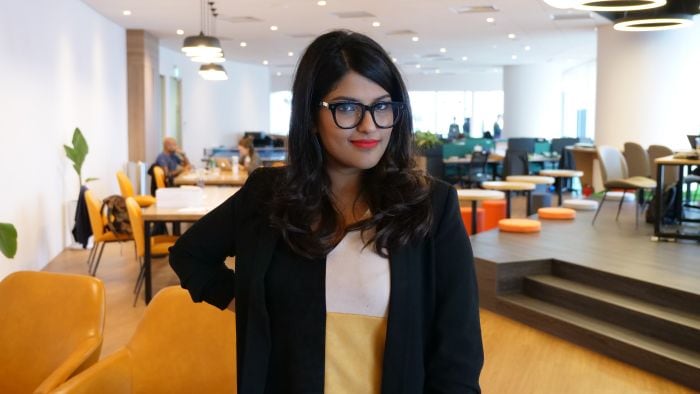 Bose was then a 23-year-old investment analyst working for major venture capital firm Sequoia Capital in her native India.

Based in the country’s tech hub, Bangalore, she was closely following the rise and rise of major e-commerce names like the US’s Amazon, China’s Alibaba and India’s Flipkart. But she was struck by the lack of opportunities at that time for small-time merchants in Southeast Asia.

Southeast Asia represents one of the world’s largest manufacturing hubs, but many local producers lack the economies of scale to sell directly to consumers. They therefore must rely on third-party distributors — often to the detriment of their profit margins and working conditions.

Bose decided to do something about it and created an online marketplace to aggregate the region’s independent retailers and help them sell online.

“It was a bit of a David and Goliath idea,” said Bose, now 27, referring to the Biblical parable of the young boy who took on — and defeated — a giant.

Zilingo works like other e-commerce marketplaces, in that it allows merchants to sign up and self-list their products. However, each seller is then vetted by Zilingo for authenticity, pricing, and a series of other metrics. If approved, they will be admitted onto the site and given access to services like tech support, financing and insurance.

Zilingo charges merchants a commission of between 10% and 30% for each sale.

“It’s these small merchants against the big brands and the malls and the big internet companies. (I thought) how do you help them become big ... and grow on the back of that?” said Bose.

A meeting of minds

For that, Bose, a math and economics graduate, said she knew she had to draw on “the great leveler” — technology.

“Technology companies have a better shot at scaling things in a way that’s non-linear,” Bose said. “Hundreds of distribution agents all over Asia are leaking away margins from the real people that deserve it, and I think it is only technology that can solve that.”

That tech know-how came “serendipitously” one night a few weeks later, in the form of Dhruv Kapoor, a then 24-year-old software engineer, who turned up with a neighbor for drinks at her flat in Bangalore.

“Neither of us was actually supposed to be there, but we showed up anyway,” Bose recalled, referring to her now co-founder and Zilingo’s chief technology officer, Kapoor.

“So here’s this guy, sitting on the couch in my living room having a beer, and he’s talking about back-end, and what he does with gaming and analytics and this and that. And I say ‘hey, you know what, I’ve been thinking about this thing, what do you think about it?’”

Kapoor, himself an entrepreneur, was quickly sold. Within six months, they both pooled their savings — $30,000 each — quit their jobs (and convinced a handful of trusting friends to do the same), and set about making their idea a reality.

“Most people that start companies together know each other for years, they’re dorm mates or whatever,” acknowledged Bose. “But we just hit it off and we knew that what we wanted to do together was the same.”

Initially, that meant getting buy-in from merchants. So Bose traveled across Southeast Asia to convince retailers that Zilingo could help grow their businesses.

“Everybody was solving for access to the internet, but what about everything else that goes on before you actually sell the product? ” Bose said, listing procurement, design and financing among those hurdles. “We said ‘hey, what about if we plug all those gaps.’”

Meanwhile, Kapoor set to work building out the tech capabilities in Bangalore, with the intention of making it “as easy to use as Facebook. ”

By the following year, Zilingo — a play on the word “zillion” — had onboarded hundreds of merchants across Southeast Asia, set up offices in Singapore and Bangalore, and secured millions of dollars in funding from investors, including Bose’s former employer, Sequoia Capital India.

Fast forward to today, the business works with 27,000 merchants in 15 regions and has more than 500 employees across eight locations including the US, Australia and Hong Kong. It has so far received $308 million in funding from investors including Singapore’s Economic Development Board Investments (EDBI) and sovereign fund Temasek.

Zilingo’s latest funding round puts the company on course for a likely $1 billion valuation in the coming months. Over the last year alone, its revenues have grown by four times. Zilingo would not disclose its exact figures.

That would make Bose the first Indian woman to co-found a so-called unicorn — a start-up valued at $1 billion or more. It would also put her among the just 10 percent of unicorns with a female founder, according to Pitchbook.

That feat is all the more impressive given that last year India ranked 52nd out of 57 countries in Mastercard’s Index for Women Entrepreneurs. It came in just ahead of the likes of Iran, Saudi Arabia and Bangladesh in terms of its ability to nurture women entrepreneurs.

Bose’s achievement marks an important milestone for female entrepreneurs — particularly those in Asia, said Mastercard’s vice president at Centre for Inclusive Growth, Alison Eskesen. She added that it will likely inspire other women who dream of following a similar course.

“Creating a unicorn is extraordinarily impressive. Becoming a role model for hundreds of millions of young women who aspire to follow in your professional footsteps is invigorating,” Eskesen told CNBC Make It. “The success of Ankiti Bose illuminates how women can transform industries as leaders and innovators.”

Bose said she doesn’t want to be distracted by such “glamorous” labels, however, and instead is focused on growing the business and doing her bit to drive the fashion industry forward.

“We don’t put as much emphasis and importance on some of the more glamorous labels in our industry,” said Bose. “But I still think it’s a huge achievement for us and the team and it just helps us think more about how big and audacious this whole thing can be.”