At 100 years old, the world's oldest billionaire still goes to the office every day

At 100 years old, the world's oldest billionaire still goes to the office every day 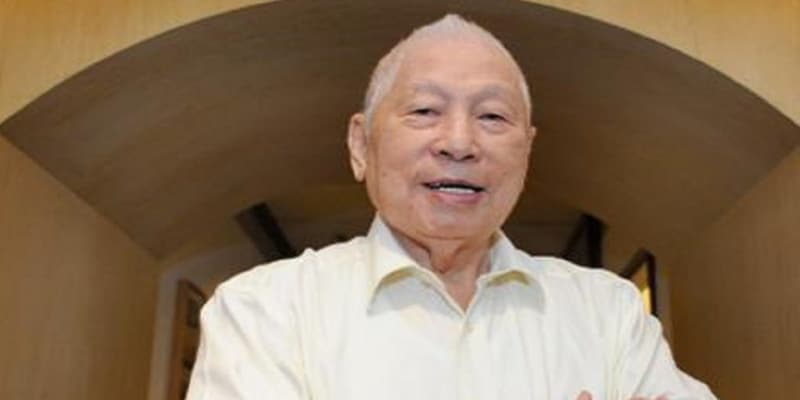 As chairman emeritus of PIL — a title honoring his contribution to the 51-year-old company — Chang said he visits the firm's Singapore headquarters daily to run through its operations and check in with every department.

At 100 years old, the world's oldest billionaire would be forgiven for taking it easy and enjoying the riches of his eight-decade career.

But for Chang Yun Chung, founder of Pacific International Lines (PIL), staying at home isn't an option. Despite handing over the role of executive chairman to his son, Teo Siong Seng, earlier this year, the centenarian Singaporean insists on going into the office every day.
"It's my habit," Chang told CNBC in a recent episode of "Managing Asia."
As chairman emeritus of PIL — a title honoring his contribution to the 51-year-old company — Chang said he visits the firm's Singapore headquarters daily to run through its operations and check in with every department.
"Every day, I write down all my activities in my diary, everything," said Chang. "Every department comes to see me."
For him, it's a way of keeping his mind active and staying in touch with the company he set up in 1967 with two second-hand ships.
"I cannot stay at home," said the self-made billionaire. "(I'd get) very, very bored."
But routine is just part of it. Chang is also guiding Teo as he assumes greater responsibility for what is one of the world's top 20 shipping companies and its 18,000 employees. Teo said he consults with his father twice a day — once in the morning and once after lunch — to gain his insights and learn more about his leadership style.

That mentoring has proven vital to Teo as he's risen up the ranks at PIL, particularly with regard to managing his temper in high pressure situations.
"When I was younger, I was more bad-tempered, so I was more (of) a hard leader," said Teo. "But my father taught me one thing, in Chinese, it's 'yi de fu ren' — that means you want people to obey you, not because of your authority, not because of your power, or because you are fierce, but more because of your integrity, your quality, that people actually respect you and listen to you."
"So, 'yi de fu ren' is a very difficult thing to do, but I think I'm slowly learning it."
That proved especially important in 2009 when, as managing director, Teo had to manage the hijacking of one of the company's vessels by pirates off the coast of East Africa. It took 75 days and an undisclosed sum to eventually secure the crew's release.
"In any business, especially shipping, there's a lot of unknown," said Teo. "There can be political (issues), there can be technical issues, there can be accidents. It doesn't help losing your temper and getting all worked up. So staying calm is something that I learnt from him and I'm still learning from him."
For Chang's part, it's that mentality that has perhaps kept him happy in his role for so long.
"I never lose my temper," he said. "(I) cannot. When you lose your temper, you just cannot control yourself."
Source: Make It, CNBC.com
Check out our in-depth Market Coverage, Business News & get real-time Stock Market Updates on CNBC-TV18. Also, Watch our channels CNBC-TV18, CNBC Awaaz and CNBC Bajar Live on-the-go!