The former BCCI president said the work on the biopic had not progressed for several months due to tight schedules of the production house and himself.

There is some good news for Sourav Ganguly’s fans. The script of Ganguly's biopic is almost complete and there is a possibility that Ranbir Kapoor will play him in the film, although it is too early to say as the project is still in the early stages.

Ganguly, who was leaving for Mumbai on Monday evening, revealed that he and the producers Luv Production House are speeding up the work on the film.
A year and a half ago, News18 was the first to publish the news of Ganguly's biopic. Then Sourav had disclosed that his biopic will be made and the deal has been sealed. This time, the former India captain said, "The work of writing the script of the biopic is almost done." 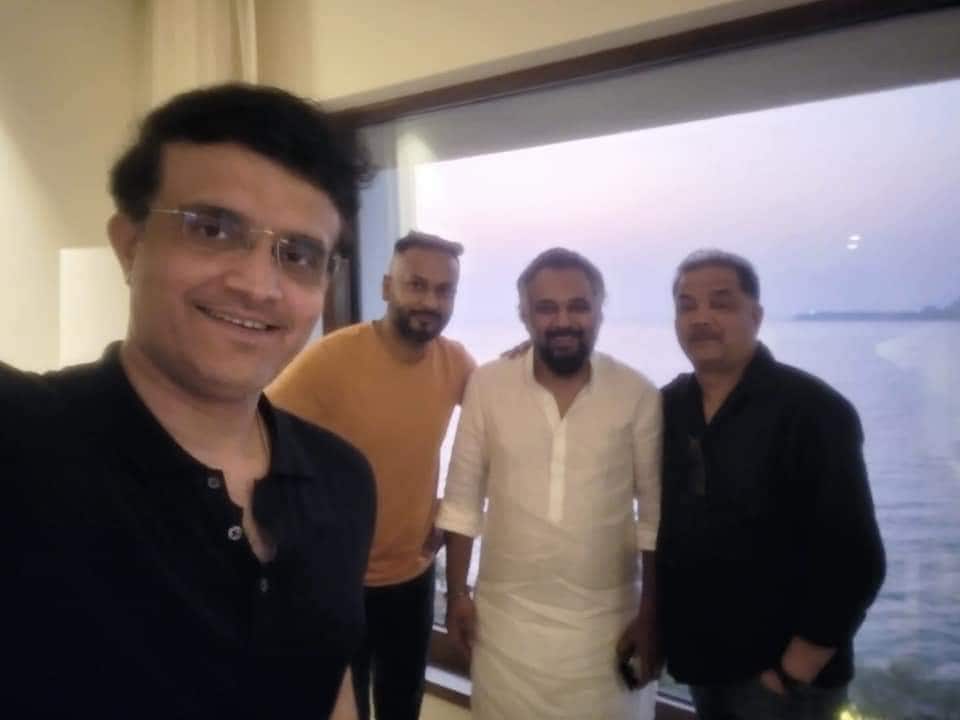 Sourav Ganguly with his friends
"I am going to Mumbai. There are discussions regarding the script of the biopic,” he said, before reveling the big secret, “Actually, I am writing the script of my biopic myself. The screenplay will be discussed with Luv Production House.”
The former BCCI president said the work on the biopic had not progressed for several months due to tight schedules of the production house and himself. “But this time it will be done quickly.”
On who would play him in the film, Sourav was non-committal, saying, "No final decision has been taken on all that yet. I hope I can share something positive after the meeting.”
However, according to sources, the production company is thinking of roping in Ranbir Kapoor. Sourav's choice too is Ranbir. But nothing has been finalised and other names are also under discussion, they said.
On when the film is likely to be released, Ganguly said, "All this has not been finalised yet. Script writing is almost done. Now the next work will start.”
Sourav is likely to return to Kolkata on Wednesday night and will attend Saraswati Puja at his wife Dona Ganguly’s dance school.
Also read:
Sourav Ganguly set to join Delhi Capitals as Director of Cricket
(Edited by : Pradeep John)
Check out our in-depth Market Coverage, Business News & get real-time Stock Market Updates on CNBC-TV18. Also, Watch our channels CNBC-TV18, CNBC Awaaz and CNBC Bajar Live on-the-go!