Rockstar Games finally confirms GTA 6 is in the works; here's what we know so far

Rockstar Games finally confirms GTA 6 is in the works; here's what we know so far 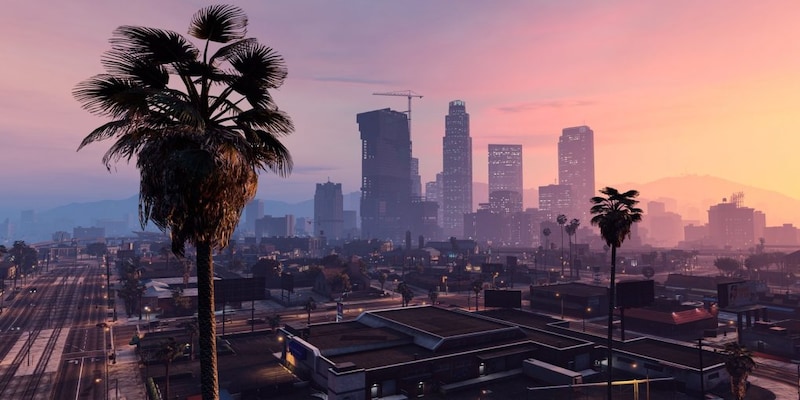 After years of requests, demands, rumours, speculation and wild theories, Rockstar Studios earlier today finally confirmed that it was actively developing the next entry in its fabled Grand Theft Auto video game series.

After years of speculation and rumours and clamouring from gamers and fans alike, Rockstar Games has finally confirmed that the next entry in its smash-hit Grand Theft Auto (GTA) series--the sequel to GTA V--is under "active development".

GTA V is the most successful work of media in history, selling 140 million units since its launch in August 2013. It has since been ranked in annual top 5 bestseller lists consistently, mostly down to the unprecedented success of Grand Theft Auto: Online, an ongoing multiplayer experience.

“We're pleased to confirm that active development for the next entry in the (Grand Theft Auto) series is underway,” Rockstar Games said in a tweet on Friday.

Many of you have been asking about a new entry in the Grand Theft Auto series.

With every new project, our goal is always to significantly move beyond what we've previously delivered. We're pleased to confirm that active development for the next entry in the series is underway.— Rockstar Games (@RockstarGames) February 4, 2022

GTA V, in classic Rockstar fashion, is a thrill-a-minute open world sandbox action adventure in which the player gets to play as three distinct characters. The game is set in Los Santos, a fictional version of Los Angeles, set in the fictional state of San Andreas. In 24 hours since its launch, Grand Theft Auto V sold 11.21 million copies, raking in $815.7 million in revenue, a Guinness World Record.

This March 15, GTA 5 and Grand Theft Auto Online will be remastered and released for the PlayStation 5 and Xbox Series X and S, its third generation of consoles.

In largest deal in gaming industry, Microsoft will buy Activision Blizzard for $68.7 billion

GTA 5’s popularity and the perennial cash cow that is GTA: Online has, perhaps, prolonged the game's longevity more than it should have. On current generation consoles, the game is beginning to show its age, and the remastered trailer did little to improve the game's look and feel, even though Rockstar promised "enhanced graphics game play and more".

Also read: Explained: Play-to-earn games in metaverse and how they work

But the one thing fans have asked--even trolled--Rockstar for was Grand Theft Auto 6, and now we know for sure that it's coming. We don't know when, but we know it's happening.

By this point, it's tradition for Rockstar to first tweet a teaser, then release a teaser trailer a few months down the line before releasing the actual game two or three years down the line, much as it did for GTA V and, more recently, RDR2.

Grand Theft Auto began life as a top-down single player experience, and this format remained unchanged over the course of a sequel, GTA II and a spin-off, GTA: London. Then GTA III marked the start of the high-definition era of the series, and was quickly followed up by GTA: Vice City (set in a fictional Miami) and GTA: San Andreas. This last was, at the time, the most ambitious game of its time, taking place not in just one or two, but three distinct cities--Los Santos, Las Venturas (a fictional Las Vegas) and San Fierro (a fictionalised San Francisco). Then came GTA: IV, the darkest game in the series, set in Liberty City (New York).

While details are scant at the moment, some rumours have it that GTA VI (or whatever it ends up being called) will go back to Liberty City, while others claim it will be set in Vice City. Whatever be the case, one thing is for sure, the game will fly off the shelves the day it launches.

Rockstar's recent record has been patchy--it released a poorly received (and riddled with bugs) remastered version of the Grand Theft Auto trilogy, comprising the three games in the HD era, and constantly is criticised for focusing more on GTA: Online than on its beloved single-player entries.

Another popular series owned by Rockstar is one that focuses on gritty, noirish story about cop-turned-revenge machine Max Payne. The first game, Max Payne, released in 2001, and has since become a cult classic. The second game, Max Payne II, was well-received, albeit less so than its predecessor. The third game, Max Payne III, which came out in 2012, saw the damaged, cynical anti-hero single-handedly take on the Brazilian drug cartels. Max Payne III, sold 440,000 units in its launch month in the US.