Why did actor Richa Chadha apologise for her 'Galwan says Hi' tweet?

Why did actor Richa Chadha apologise for her 'Galwan says Hi' tweet? 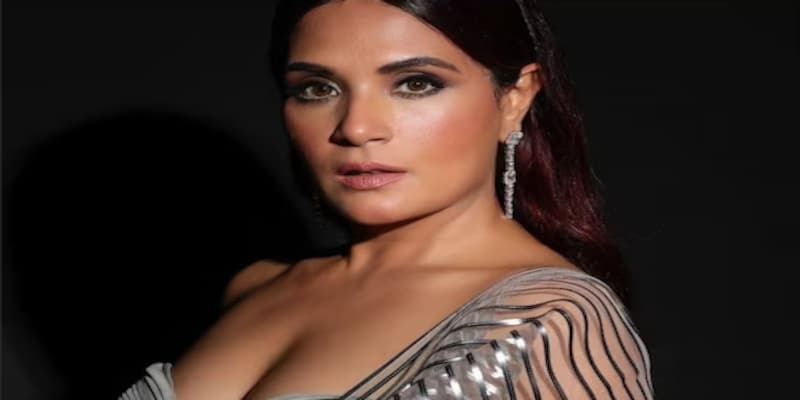 Actor Richa Chadha kicked up a storm after posting the comment in response to the Northern Army Commander Lt General Upendra Dwivedi’s statement on taking Pakistan Occupied Kashmir (PoK) back.

Actor Richa Chadha apologised for her “Galwan says Hi” tweet and deleted it amid huge backlash over the comment. The actor stirred a controversy after posting the comment in response to the Northern Army Commander Lt General Upendra Dwivedi’s statement on taking Pakistan Occupied Kashmir (PoK) back.

Soon after posting the tweet, there were calls to boycott the Fukrey actor on social media.

Chadha later deleted the tweet and issued an apology, saying she had “no idea” about the furore her tweet had caused.

Why are people angry?

#WATCH | As far as the Indian Army is concerned, it'll carry out any order given by the Government of India. Whenever such orders are given, we will always be ready for it: Lt Gen Upendra Dwivedi, Northern Army Commander on Defence Minister statement of taking back PoJK pic.twitter.com/iILZWiDVnF

“The military is always ready to make sure that ceasefire understanding is never broken as it is in the interest of both nations. But if broken at any time, we will give them a befitting reply,” the top army commander said.

Responding to this, Chadha had tweeted, “Galwan says hi", referring to the 2020 Galwan Valley clash in which 20 Indian Army soldiers were killed and around 35-40 soldiers from China’s People’s Liberation Army (PLA) had lost their lives, News18 reported.

Chadha’s tweet led to a severe backlash from netizens who called it "shameful and disgraceful" and criticised the actor for “mocking the sacrifice" of Indian soldiers.

Producer Ashoke Pandit filed an FIR against the Gangs of Wasseypur actor in Mumbai, saying no one had the right to mock Indian soldiers, Indian Express reported.

If tweets mocking politicians can land you in jail then why not tweets mocking our brave jawans can put you behind bars.Are neta’s bigger than soldiers ?Humiliating our soldiers should be considered as one of the biggest crimes . #ArrestRichaChadha

Advocate Vineet Jindal also filed a complaint with the Delhi Police Commissioner on the “derogatory statement” by the Bollywood actor.

Actor Akshay Kumar condemned the actor on the tweet.

Hurts to see this. Nothing ever should make us ungrateful towards our armed forces. Woh hain toh aaj hum hain. 🙏 pic.twitter.com/inCm392hIH

What did Chadha say?

In her apology, Chadha said that her grandfather was also part of the Army and that she did not intentionally wish to offend or hurt anyone. She said her grandfather was Lieutenant Colonel who took a bullet in the leg during the Indo-China war in 1960s. Her uncle was also a paratrooper.

“A whole family is affected when a son is martyred or even injured while saving the nation which is made up of people like us and I personally know how it feels. It is an emotive issue for me," she said.