Priyanka and Nick had married in 2018. Priyanka recently removed Chopra and Jonas from her name on Instagram.

Madhu Chopra, the mother of actor Priyanka Chopra Jonas, has put an end to speculations about a split between the actress and her husband Nick Jonas. "It’s all rubbish, don’t spread rumours," Madhu Chopra told News18.

Priyanka had on November 22 dropped both her surnames, Chopra and Jonas, from her Instagram and Twitter profiles leading to widespread speculations among fans and netizens about trouble in Priyanka and Nick's marriage. 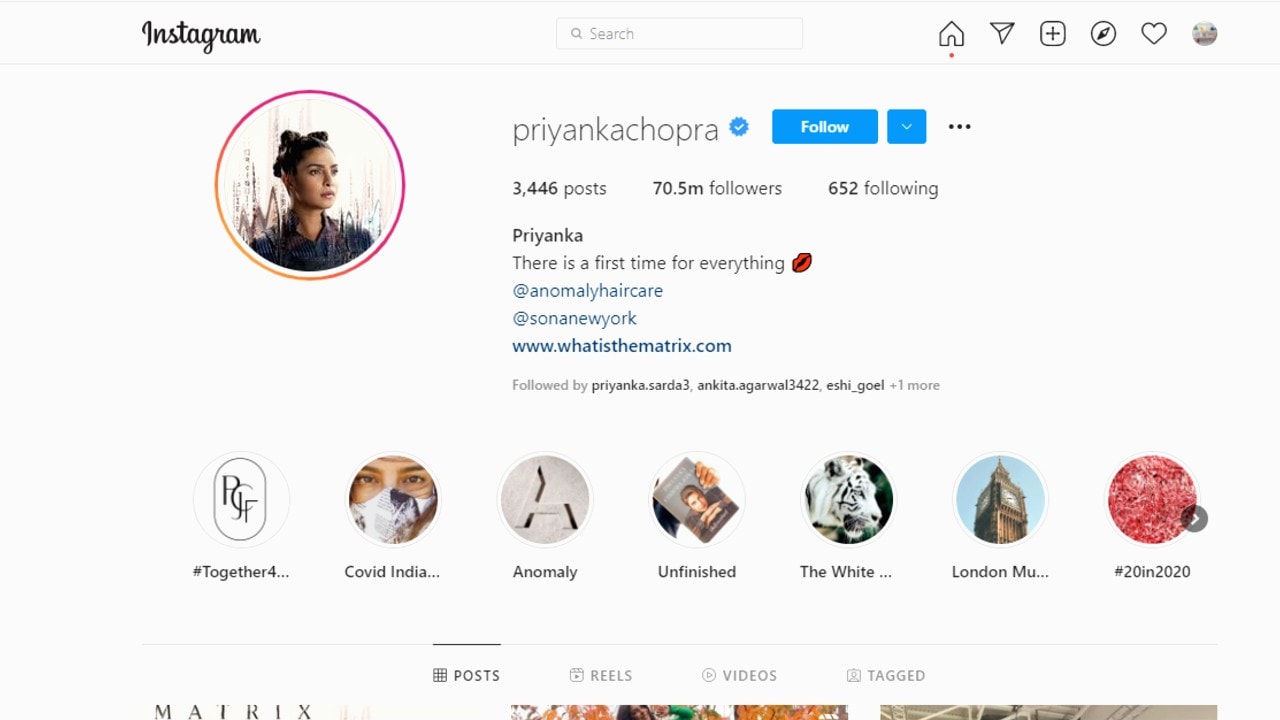 Priyanka Chopra and American singer Nick Jonas married in 2018, in a big traditional wedding in India. The couple met when Priyanka was in the United States shooting for films and TV shows.
The leading actress recently said that the most precious piece of jewellery that she owned was Jonas' engagement ring that she received as a gift. Talking to Vogue, a leading fashion and lifestyle magazine, she said that the ring was her most cherished possession. The ring reportedly cost $2,00,000 (around Rs 1.5 crore) and was given by Jonas to Chopra in 2018.
The actress and singer also recently celebrated Diwali together at their new home in Los Angeles. Chopra had shared a series of images on her Instagram account.
"Our first diwali in our first home together. This one will always be special. Thank you everyone who worked so hard to make this evening so special. You’re my angels. To everyone who honoured our home and my culture by not only dressing the part but dancing the night away, you made me feel like I was back home. And to the best husband and partner Nick Jonas. You are what dreams are made of. I love you. My heart is so grateful and full. Happy Diwali," she added in the captions.
Check out our in-depth Market Coverage, Business News & get real-time Stock Market Updates on CNBC-TV18. Also, Watch our channels CNBC-TV18, CNBC Awaaz and CNBC Bajar Live on-the-go!