As Pathaan hits theatres today, the film will see Deepika Padukone in the lead alongside Sharukh Khan. It had sold over 5 lakh tickets in advance bookings. The film also managed to resurrect 25 closed single screen cinemas across India.

Shah Rukh Khan made his long-awaited return to the big screen with Yash Raj Film’s ‘Pathaan’ today. Directed by Siddharth Anand, the man behind the blockbuster hit ‘War’, ‘Pathaan’ pits SRK as Agent Feroz Pathaan against John Abraham’s Jim. While the movie, which also has Deepika Padukone in the lead, triggered the boycott brigade over a host of reasons, it sold over 5 lakh tickets in advance bookings.

“Growing up I only watched films in single screens. It is uniquely enjoyable. I pray that you and I both are successful,” the King Khan tweeted in Hindi yesterday.

‘Pathaan’ opened to filled theatres this morning. Fans have expressed their love for the movie on social media platforms. Movie goers have already declared the action flick a blockbuster. Here are some reactions from fans (be warned for mild spoilers!).

“Mark my Word, This is the Best action movie of Indian Cinema. MONSTROUS BLOCKBUSTER,” wrote one user on Twitter.

That's it.. go and celebrate the KING KHAN'S COME BACK ALONG WITH BHAI'S BLOCKBUSTER ENTRY. 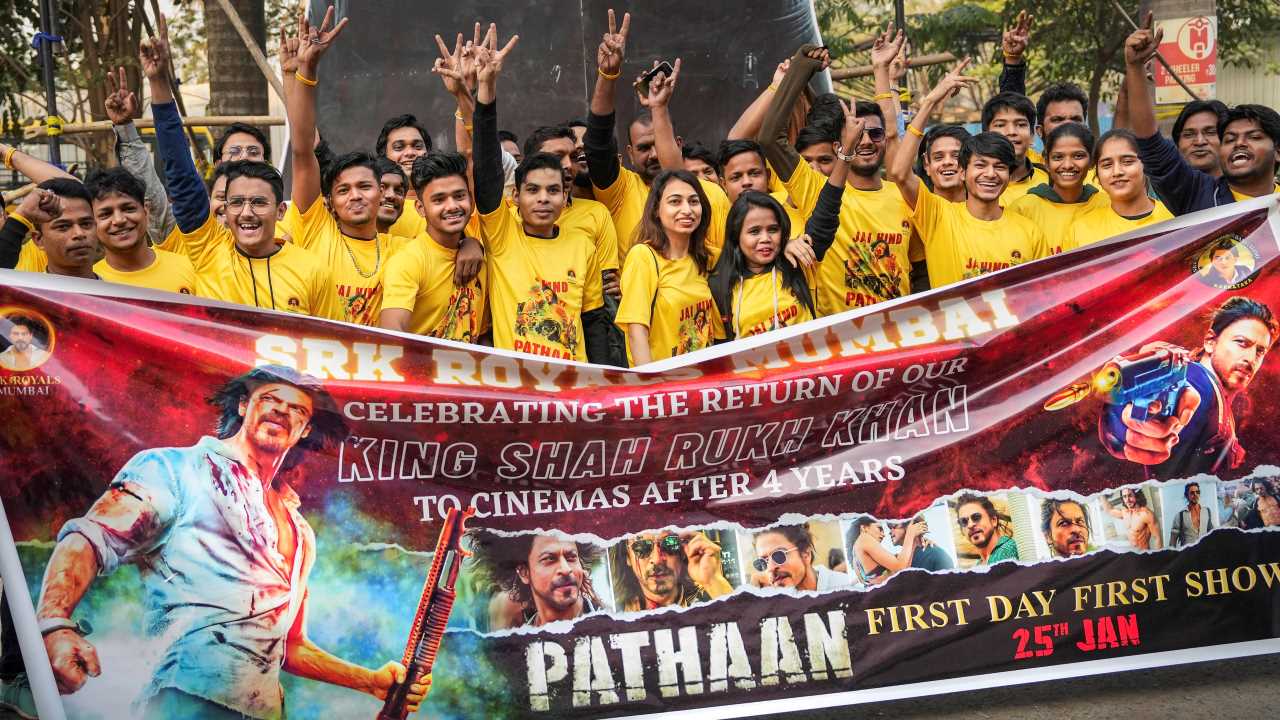 Many other users commended the return of Shah Rukh Khan with a suitably epic movie.

“King is back,” wrote one user.

“This is come back this is our Khan,” added another.

The film also stars Dimple Kapadia among others.

‘PATHAAN’ REVIVES SINGLE SCREENS… #Pathaan is all set to revive theatrical biz, going by the terrific advance bookings… Most importantly, as many as 25 single screens across #India - which were shut - will re-open with #Pathaan this week, given the unprecedented buzz. pic.twitter.com/ICGpywDTzh