A millennial fan remembers Kader Khan - a man of many words, faces and moods

A millennial fan remembers Kader Khan - a man of many words, faces and moods 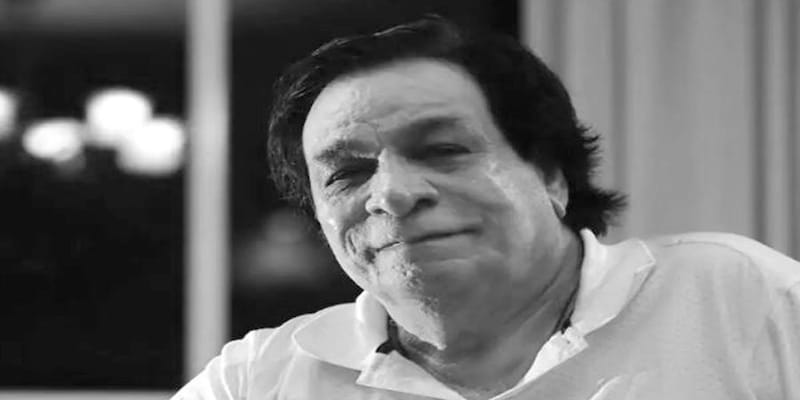 As an actor, what made Kader Khan standout was the ability to switch from one role to another and be as convincing in everything he did. Starting off with negative roles, he seamlessly transitioned first to powerful character roles and then to comedy.

Few could write like him, few did an emotional scene as effortlessly as him. As a fan, I am still to across someone else who has comic timing as impeccable as him. But many are still left stumped when I tell them my favourite actor is Kader Khan.

It takes some time for people to recollect the man. When you show them a picture, they say Accha haan! Yeh to wo uncle hai jo Govinda ke saath comedy karte the. (Oh Yeah! Isn't he the same guy who featured in comedy films with Govinda?)
But Kader Khan's repertoire goes much beyond comedy. I had no connection with him and yet he changed my life for the better in more ways than one. How?
Through the power of his words.
Between 1988-1991, Khan featured as the protagonist in filmmaker Vimal Kumar's trilogy - Dariya Dil (1988), Jaisi Karni Waisi Bharni (1989) and Karz Chukana Hai (1991). If his scene stealing performances in all three films would make you cry with him, his dialogues take the cake. Here's a gem:
Ab bhi waqt hai sudhar jao, waqt ki qadar karna seekho. Jo insaan waqt ki qadar nahi karta, waqt uski qadar nahi karta. Naqadar insaan ke paas jab bhi waqt aata hai, bura waqt banke aata hai.
From the mid-70s throughout the 80s, distributors would blindly buy a film featuring either him or his dialogues. He would record his dialogues in a Dictaphone and ask his actors to perform the way he did.
One such legendary performance is the scene from Muqaddar Ka Sikandar (1978) before Amitabh Bachchan breaks into the song O Saathi Re. Bachchan's character has to render a long monologue of how the song calmed him down during the tough times.
Unable to grasp the long, emotion-laden scene, he summoned dialogue writer Khan who was shooting at another location. Khan recorded the monologue and sent it over to the sets, hearing which even the angry young man broke, Bachchan, down. The scene is one of the defining moments in the film. It is said that Khan drew inspiration from his own poverty-stricken childhood, which he spent in the lanes of Kamathipura for the scene.
The Khan-Bachchan pair has delivered some more memorable lines. Here's another one:
Aisa to aadmi life me doich time bhaagta hai - olympic ka race ho ya police ka case ho - Amar Akbar Anthony (1977)
As an actor, what made him standout was the ability to switch from one role to another and be as convincing in everything he did. Starting off with negative roles, he seamlessly transitioned first to powerful character roles and then to comedy. His dual act of a henpecked husband and his dead father talking from the photo frame in Ghar Ho To Aisa (1990) is an absolute laugh riot.
Personally, Jaisi Karni Waisi Bharni contains some of Kader Khan's most memorable lines:
Insaan ki zindagi ek aaine (mirror) ki tarah hoti hai. Fark itna hai ki aam aaine me ki hui harkat ki tasveer usi waqt nazar aa jaati hai. Magar zindagi wo aaina hai, jahaan aaj ki hui harkat ki tasveer barson baad nazar aati hai aur tab tak sudhaara karne ke liye bahot der ho chuki hoti hai.
But the use-and-throw film industry that is Bollywood never looked back at him as he moved away from the arch lights due to ill health. Despite writing for nearly 300 films, acting in many hundreds of them and creating stars like Govinda and Shakti Kapoor, Khan never finds a mention among the more illustrious names of the time.
"Logo ne nikaal diya hai mujhe yaar," he painfully told Shekhar Suman in one of his last TV interviews in 2012.
The Padma Shri awarded to him in 2019 was also posthumous.
The industry may have neglected him, but his fans haven't. If one goes through YouTube videos of his work, the comments section is full of people thanking him.
Here's an anecdote from his peak: At the height of the Manmohan Desai-Prakash Mehra rivalry, when both never missed a chance to take potshots at each other, Khan was asked whose camp does he belong to? His response was as nonchalant as it could be:
"Both of them are in my camp."
700 words can never do justice to an institution that Kader Khan was. The man would've turned 85 today (born on 22 October 1937). Thank you for being you, Kader saab. I could only try to sum up my adulation and respect for you through a couplet that Govinda recited in your honour:
न खिलखिला कर हस्ते, न मुस्कुराते, हमपे यूँ मेहरबान नही होते, हम आज ऐसे इन्सान नही होते, अगर हमारे साथ कादर खान नही होते।
Na khilkhilaa kar haste, na muskurate, humpe yun meherbaan nahi hote, hum aaj aise insaan nahi hote, agar hamare saath Kader Khan nahi hote.
(Edited by : Sriram Iyer)
Check out our in-depth Market Coverage, Business News & get real-time Stock Market Updates on CNBC-TV18. Also, Watch our channels CNBC-TV18, CNBC Awaaz and CNBC Bajar Live on-the-go!