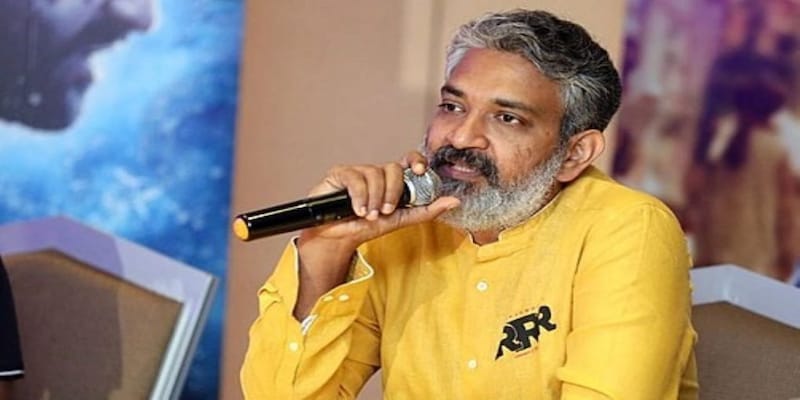 On October 10, the renowned filmmaker is celebrating his 49th birthday.

Director SS Rajamouli’s revenge-based plotlines accentuated by stunning visuals, scenic locations, and action-packed fight sequences are world-famous. Be it Baahubali or RRR, he has helmed several blockbusters that have impressed not just domestic but international audiences as well.

On October 10, the renowned filmmaker is celebrating his 49th birthday. On this special occasion, we have curated a list of some of his notable works that should be on your must-watch list.
RRR
Starring Jr NTR and Ram Charan in the lead roles, RRR is SS Rajamouli latest actioner. Set in 1920, the plot of the movie revolves around the fictional stories of two fierce freedom fighters, whose rivalry and friendship shape the revolutionary mind of civilians thereby igniting feelings of patriotism and independence in them.
Baahubali series
This epic series consists of two movies Baahubali: The Beginning and Baahubali 2: The Conclusion. Set in medieval India, Baahubali is a passionate story of the rivalry between royal brothers Amarendra Baahubali and Bhallalaldeva. While the latter conspired and kills the former, decades later his son returns to avenge his death.
Eega
Directed by SS Rajamouli, the movie has Sudeep, Nani, and Samantha in the lead roles. The movie chronicles the unrequited love story of neighbours Bindu and Nani. Their love story remains incomplete after he is murdered in cold blood by industrialist Sudeep. Nani reincarnates as a housefly and returns to protect Bindu from the grasp of Sudeep.
Magadheera
Based on the fictional concept of reincarnation and eternal love, this fantasy actioner stars Ram Charan and Kajal Aggarwal in the lead roles. When Raghuveer accuses Harsha of murder, the latter recalls a heinous faded link of 400 years that’s still connected to the fate of his love story.
Maryada Ramanna
Released in 2010, Maryada Ramanna is a comedy-drama starring Sunil, Saloni, and Nagineedu in the lead roles. The plot of the movie revolves around the life of Ramu who returns to his hometown to sell a piece of his property. He falls in love with a young woman only to discover that her family wants him dead.
(Edited by : Sudarsanan Mani)
Check out our in-depth Market Coverage, Business News & get real-time Stock Market Updates on CNBC-TV18. Also, Watch our channels CNBC-TV18, CNBC Awaaz and CNBC Bajar Live on-the-go!