Goldfish movie review: Of tangled pasts, uncertain futures, and coming together despite it all

Goldfish movie review: Of tangled pasts, uncertain futures, and coming together despite it all

Starring Kalki Koechlin and Deepti Naval, Goldfish is about a mother struggling to remember and a daughter desperately trying to forget. Full of pensive silences and abrasive truths revealing a fraught past, it revolves around identity, memory, community, and the human need to belong.

In the last scene of Pushan Kripalani’s latest film Goldfish, Sadhana Tripathi (Deepti Naval), a veteran Indian classical singer battling with the onset of dementia, looks out the window of her London home as she has her evening coffee with her estranged daughter Anamika (Kalki Koechlin). Ana holds her hand and asks her, “Do you know who I am?” Sadhana says she doesn’t. A heartbeat later she squeezes Ana’s hand and says, “But this is enough.”

At 102 minutes, Goldfish is about a mother struggling to remember and a daughter desperately trying to forget. Full of pensive silences and abrasive truths revealing a fraught past, it revolves around identity, memory, community, and the human need to belong.
Set in London in the early days of the coronavirus pandemic, Goldfish starts with Ana being called back home after Sadhana unwittingly sets fire inside the house while cooking pakoras, making her neighbors finally accept that she can no longer be trusted to live by herself. Ana’s return after several years forces her to finally confront the haunting memories of her troubled past and make sense of her acerbic relationship with her mother.
Powered by Kripalani and Arghya Lahiri’s taught and poignant screenplay, Koechlin and Naval give impressive, restrained performances as the mother and daughter who have a history of scalding each other, some wounds still festering, but who also show surprising kindness in unexpected moments. There is a scene in which after an intense confrontation Ana tells Sadhana, “For years, and even now sometimes, I tell people I’m adopted.” Sadhana looks at her with a blank face and replies, “So do I.” The two women look at each other for a moment and burst out laughing hysterically. 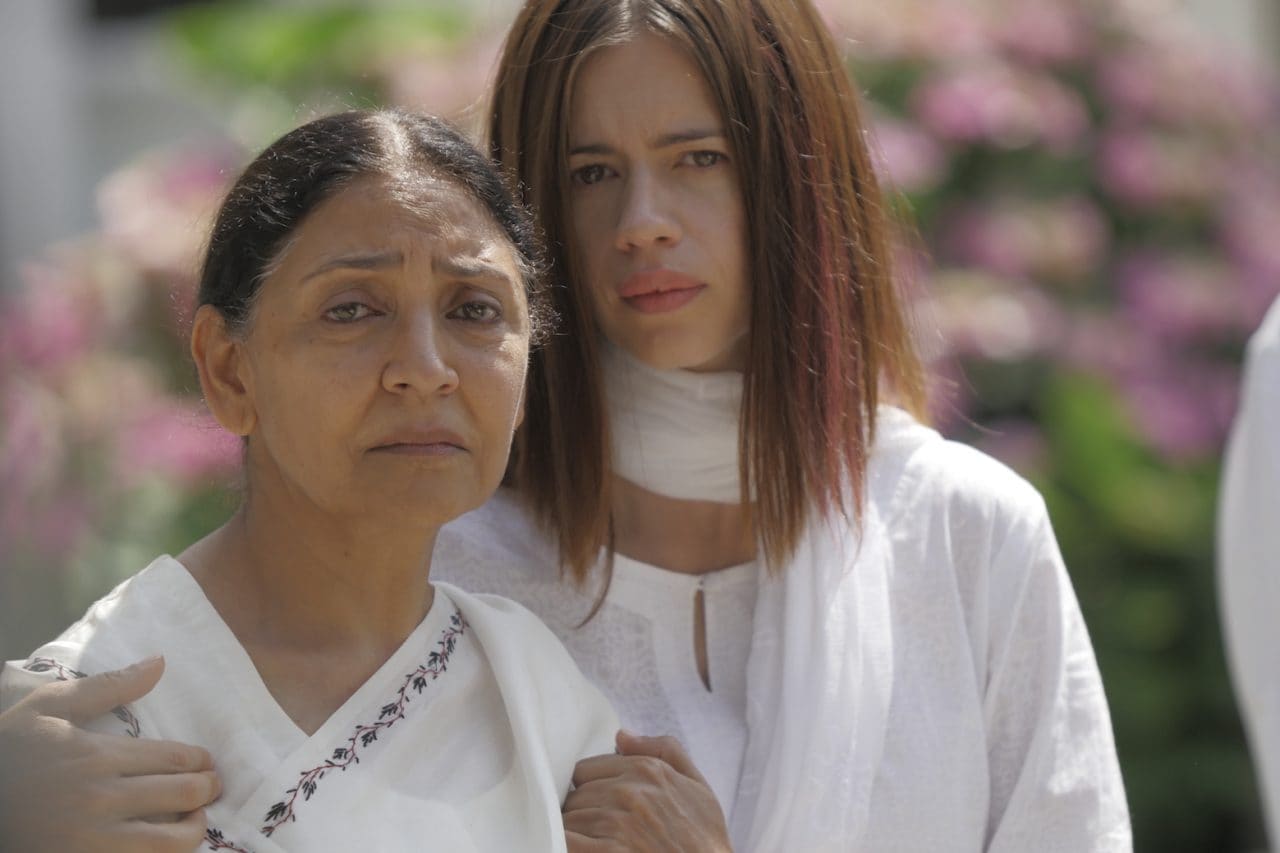 There’s another—a rare, tender moment—in which Ana, the daughter of an Indian woman with a British student whom she met as he was backpacking across the country, helps Sadhana drape a pristine white silk saree as she prepares to send her to a care home. Friendly neighbors advise her to spend as much time as she can with her mother but it is time that she doesn’t have. She needs to start a new job in Switzerland in a week.
Goldfish takes a considered and honest look at what parents and children can do to each other, the hundred big and small ways in which we inflict trauma on those close to us, not always unintentionally. Remember how most families were so elated on being reunited after years during the first wave of the pandemic? And then the second wave hit, infinitely worse and anxiety-inducing, and homes quickly turned into hellholes with no escape. Worms started to spill and suppurate. In Goldfish, Ana tries to dissect as many as she can so she can be around without harming herself or her mother who she barely knows anymore.
Other than Koechlin and Naval, Goldfish also features Rajit Kapur, Gordon Warnecke, and Bharti Patel in key roles. After having had a dream run at several international film festivals, it had its India premiere at the recently-concluded 53rd International Film Festival of India (IFFI), Goa.
Read other pieces by Sneha Bengani here.
Check out our in-depth Market Coverage, Business News & get real-time Stock Market Updates on CNBC-TV18. Also, Watch our channels CNBC-TV18, CNBC Awaaz and CNBC Bajar Live on-the-go!