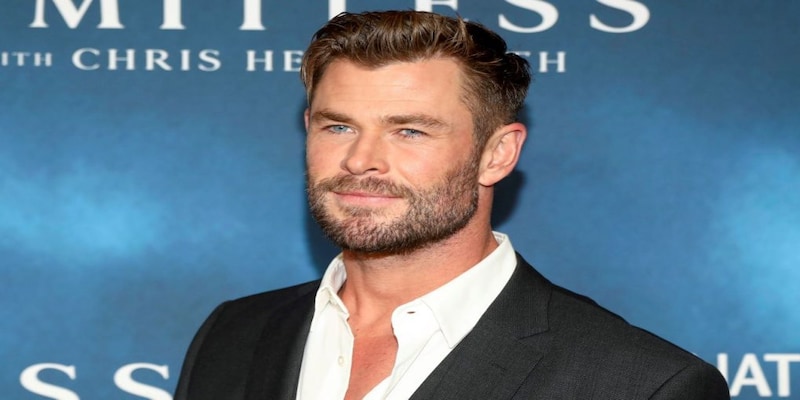 The actor said that while genetic predisposition means he has a higher chance of developing the disease, it's not a guaranteed outcome.

Hollywood superstar Chris Hemsworth announced that he will be some time off from acting after revealing that he has a higher risk of developing Alzheimer’s Disease due to a genetic predisposition. The actor has inherited two copies of the APOE4 gene from his parents, which increases the likelihood of developing the degenerative neurological disorder.

Speaking on National Geographic’s 6-episode Limitless series, the actor who portrays the Norse deity, Thor, in the Marvel Cinematic Universe said, “It really triggered something in me to want to take some time off. And since we finished the show, I’ve been completing the things I was already contracted to do. Now, when I finish this tour this week, I’m going home and I’m going to have a good chunk of time off and just simplify. Be with the kids, be with my wife.”
Alzheimer's is a degenerative disease where the neurons, the cells in the brain, and the connections between the neurons slowly start to get destroyed. As a result, individuals suffering from the disease lose significant portions of memory along with other neurological issues like confusion. No cure currently exists for the disease.
ALSO READ:
Drishyam 2 movie review: A riveting story bogged down by weak storytelling
The actor added that while genetic predisposition means he has a higher chance of developing the disease, it's not a guaranteed outcome. The actor found out about his higher disposition during one of the episodes as the series tries to explore the limits of his body. When Disney offered to keep the portion where he first learns about the predisposition on the cutting room floor, the actor declined.
Hemsworth stated that he wanted the moment to remain in the show as long as it could inspire or motivate others to take better care of themselves and also encourage them to take the necessary steps to prevent Alzheimer's.
“My concern was I just didn’t want to manipulate it and over-dramatise it and make it into some sort of hokey grab at empathy or whatever for entertainment," he added.
ALSO READ: What is dropping on OTT platforms and theatres this weekend
(Edited by : Sudarsanan Mani)
Check out our in-depth Market Coverage, Business News & get real-time Stock Market Updates on CNBC-TV18. Also, Watch our channels CNBC-TV18, CNBC Awaaz and CNBC Bajar Live on-the-go!