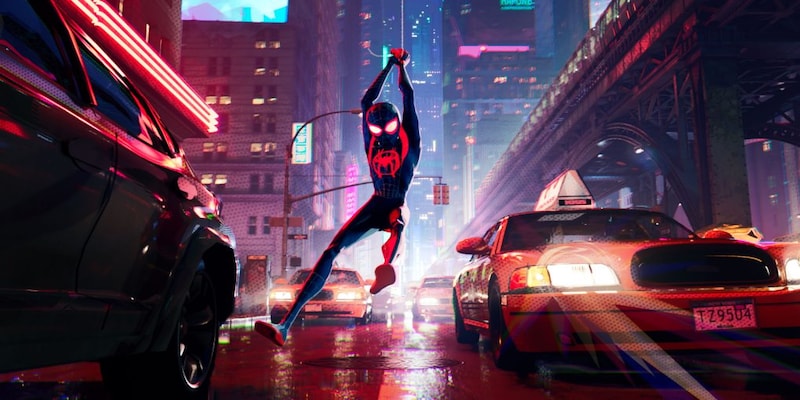 Quite unsurprisingly, Spider-Man: No Way Home’s opening day advance ticket sales soared thanks to the bumper 86,000-NFT offer. US theatre chain AMC's Adam Aron has made no secret of his love for crypto, especially Dogecoin.

US movie theatre chain AMC and Sony Pictures said they will offer 86,000 non-fungible tokens (NFTs) to those who book opening day tickets of Spider-Man: No Way Home in advance, CNBC reported.

The offer is valid for members of AMC Stubs Premiere, AMC Stubs A-List and AMC Investor Connect.
Also read: Collins Dictionary picks NFT as word of the year 2021
“This idea came from you! Partnering with SonyPictures for #AMCFirstEverNFT,” Adam Aron, CEO of AMC Entertainment, announced on Twitter.

This idea came from YOU! Partnering with @SonyPictures for #AMCFirstEverNFT. More than 100 unique Spider-Man NFTs, given FREE to the first 86,000 online buyers of U.S. AMC December 16 tickets for Spider-Man No Way Home. Only for Stubs Premiere, A-List & Investor Connect members. pic.twitter.com/VnsMVeR29w

Spider-Man: No Way Home is releasing in theatres on December 16, while the tickets go on sale at AMC from November 29.
According to AMC, more than 100 NFT designs made by Cub Studios will be available.
Also read: After Amitabh Bachchan and Salman Khan, singer Sonu Nigam joins NFT bandwagon
Customers who win the NFTs will be given redemption instructions via email on December 22. They will have to redeem the tokens by March 1 at the dedicated site operated by a WAX blockchain.
Unlike traditional cryptocurrencies, NFTs cannot be exchanged. These are unique collector’s items that are rare in design and cannot be duplicated.
Also read: Bollywood's new love affair with crypto – celebrities jumping on NFT bandwagon
There was a huge rush in sales for tickets immediately after they opened for sale. Aron later tweeted: “Our #AMCFirstEverNFT with SonyPictures and Spider-Man: No Way Home caused AMC’s online ticketing traffic Sunday night/Monday morning to soar, to the highest ever in AMC’s entire history. Oh did we sell tickets! But we are sorry wait times got long with the unprecedented volumes.”

In the U. S., @SonyPictures Spider-Man: No Way Home tickets go on sale at midnight tonight eastern time. Only for AMC Stubs Premiere, A-List and Investor Connect members, the first 86,000 buyers get a Spider-Man NFT too. They’ll go quick! #AMCFirstEverNFT https://t.co/JcMR5cPXeM pic.twitter.com/PPAwOCvheV

AMC and its CEO Adam Aron have been at the forefront of cryptocurrency adoption. In September, Aron ran a Twitter poll asking followers if the movie chain major should accept the Dogecoin for ticket payments by end of 2021. About 68.1 percent of the voters said “Yes, for sure do it.”
After the poll, Aron tweeted: “It’s clear that you think AMC should accept Dogecoin. Now we need to figure out how to do that. Stay tuned!”
Also read: Dogecoin transactions lowest since 2017; is popularity of meme coin waning?
(Edited by : Shoma Bhattacharjee)
Check out our in-depth Market Coverage, Business News & get real-time Stock Market Updates on CNBC-TV18. Also, Watch our channels CNBC-TV18, CNBC Awaaz and CNBC Bajar Live on-the-go!