All about the Van Gogh 360° show, set for Mumbai debut — tickets, dates, all details here

All about the Van Gogh 360° show, set for Mumbai debut — tickets, dates, all details here 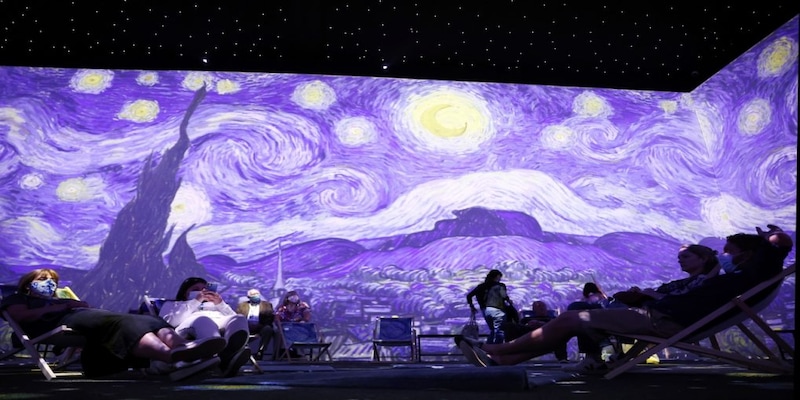 The ticket sales for Van Gogh 360° India are expected to go live by November 19. So far, the registration portal is only open on BookMyShow. The tentative dates for the show are January 20 to February 3, 2023. Read on to know a bit about the long-gone artist and this technology-driven immersive experience inspired by him.

For art lovers in India, the joy now lies in the anticipation. After wowing audiences around the world, Van Gogh 360° — a techno-artistic experience featuring the works of Vincent Van Gogh, a giant in the world of Western art — is all set to debut in India, specifically the World Trade Centre, Mumbai. The tentative dates for the show are January 20 to February 3, 2023. The ticket sales for Van Gogh 360° India are expected to go live by November 19.

So far, the registration portal is only open on this link at BookMyShow.

All the registered customers will be notified once the ticket sales of the art show go live. Reportedly, the tickets will be up for sale from Saturday, November 19. People with prior registration will have early access to the sale with specially priced tickets, as per Conde Nast Traveller. From Monday to Thursday, the ticket price is Rs 699. And in case you are looking for a slot between Friday to Sunday, the tickets are available for Rs 999.

Also read: 53rd International Film Festival of India: List of films to be screened in Goa

Who is Van Gogh?

Vincent Van Gogh was a Dutch painter who gained posthumous glory with paintings like The Starry Night, the instantly-recognisable Sunflowers series, The Potato Eaters, many self-portraits and numerous other works, done in his signature spontaneous style with thickly-applied paint. They capture the visceral beauty of life and nature. The 19th-century artist was not appreciated in his lifetime, but is wildly popular today, with people willing to part with millions to own a Van Gogh original. The Van Gogh Museum in Amsterdam is one of the world’s most coveted cultural hotspots. The artist’s complicated life has inspired multiple films (like Loving Vincent), documentaries and books, including a collection of his letters to his brother Theo.

Van Gogh 360° is a confluence of art and technology. After impressing audiences in New York, London, Tokyo and Toronto, Van Gogh 360° is set to entertain Indians. It is the first such exhibition to debut in the country. Van Gogh 360° India will offer visitors the chance to walk into spaces, showcasing floor-to-ceiling projections of his famous artworks. Van Gogh 360° will bring in over 300 of his most popular works in a dynamic show.