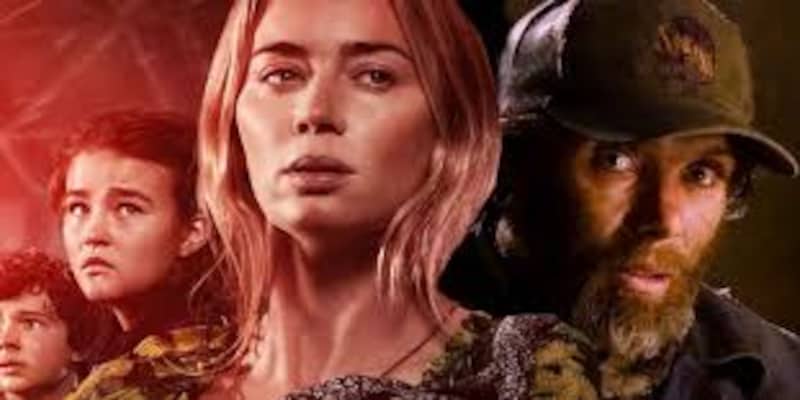 Director John Kransinski succeeds at bringing out raw emotion from his actors in a manner that transports us to the apocalyptic world of the film and empathises with the Abbotts.

It is ever so rare that sequels end up rivalling the film they originated from. A Quiet Place Part 2 not only matches up to the first instalment in story, screenplay and thrill, but actually had me wondering if this film was better than the first on many fronts.

Picking up from where the first film left off — a family tries to survive the apocalypse caused by mysterious but blind alien monsters that prey on humans using their enhanced sense of hearing — A Quiet Place 2 starts by giving the audience a tasting portion of how the alien attack began. It then takes us back to the Abbott family as they continue traversing alien-infested terrain ever so quietly, in the hope to find some escape from the deadly alien race that has by now taken over the world.
Make no mistake: the best part about A Quiet Place 2 is the acting. Director John Kransinski succeeds at bringing out raw emotion from his actors (no surprises there given that he led the acting master class in the first film) in a manner that transports us to the apocalyptic world of the film and empathises with the Abbotts.
Also Read:
'Schumacher' film review: Intimate, honest, emotional
Emily Blunt is at her best, as her character, Eveyln, continues to display quiet strength and undying resilience in their journey. The newly cast Cillian Murphy, losing his clean-shaven face from Peaky Blinders and sporting a rugged beard, also succeeds at integrating well with the film franchise.
However, it's Millicent Simmonds, playing the hearing-impaired Regan, who holds the film together. She gets us rooting for her, cheering her on and making her journey our own. Before long, we find ourselves identifying with her, wanting her to win and finding a personal stake in her story, quest and victories.
Like the first film, the presence of minimal dialogue (aliens will get you if you talk, remember?) allows each of the cast to focus on emotion, enunciation and expression, which end up becoming key talking points in just how good the acting is.
Also Read: Amazon launches ‘Prime Video Channels’, brings eight OTTs on single platform
A Quiet Place 2 has its share of jump scares, thrills and chills. The film brings us up close and personal with the invading alien race, and involves us with the Abbots' and Emmet’s efforts to keep the monsters at bay as they try finding a safe haven. It dishes out copious amounts of fear and hope in equal measure, as it gives us an emotionally-driven lesson in love, family and sacrifice.
Another key highlight of A Quiet Place 2 is the film's editing. Christopher Tellefsen does a commendable job, making generous use of match-cuts to bring out a visual masterpiece while highlighting themes like bravery, survival and downright daring. In fact, a key ingredient of the film’s edge-of-the-seat feel and narrative is down the editing, as its cuts reflect key moments in different locations, as characters embark on individual journeys.
The editing doesn’t end with match-cuts that seek out similarities in resilience. The sound editing is also top-class, as it alternates between clear audio and muffled voices and sounds every time it changes perspectives from other characters to Regan who cannot hear. I can’t think of many films — The Father is an exception — in recent times that make you identify with a character whose experiences and medical conditions aren’t the same as yours. A Quiet Place 2 does this well in making use of simple sound editing.
Also Read: Iron Man and Beyond: The Marvel Revolution
The horrors of enclosed spaces and forced silences, coupled with a journey of resilience and bravery makes A Quiet Place 2 a film for the ages. Watch the first instalment before getting down to this one if you haven’t already, and buckle up for one hell of a ride.
(Edited by : Jomy Jos Pullokaran)
Check out our in-depth Market Coverage, Business News & get real-time Stock Market Updates on CNBC-TV18. Also, Watch our channels CNBC-TV18, CNBC Awaaz and CNBC Bajar Live on-the-go!