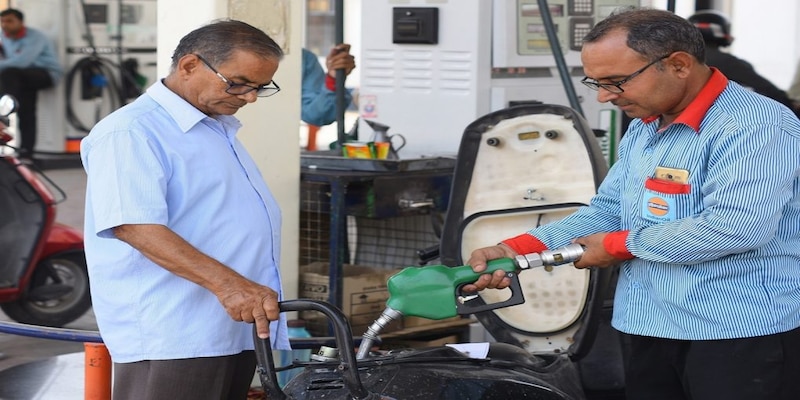 The petrol price in Mumbai rose by 11 paise to Rs 75.91 per litre while diesel price remained unchanged at  Rs 67.66 per litre.
In Kolkata, petrol and diesel prices fell by 90 paise and Re 1, respectively on Friday. The petrol was priced at Rs 72.38 while diesel stood at Rs 66.40 per litre in the city.
According to the Indian Oil Corp data, petrol prices in New Delhi and Chennai rose to Rs 70.29 per litre and Rs 72.94 by 9 paise and 12 paise respectively, while diesel prices remained unchanged at Rs 64.66 a litre in New Delhi and Rs 68.26 a litre in Chennai.
As per the country's dynamic pricing mechanism, the domestic fuel prices depend upon international fuel prices on a 15-day average and the value of the rupee.
The slide in domestic fuel prices comes in line with the recent decline in crude oil prices due to high supplies.
India's fuel demand fell 1.8 percent in November compared with the same month last year. Consumption of fuel, a proxy for oil demand, totaled 17.27 million tonnes, data from the Petroleum Planning and Analysis Cell (PPAC) of the oil ministry showed.
(With inputs from agencies)
Have you signed up for Primo, our daily newsletter? It has all the stories and data on the market, business, economy and tech that you need to know.
Check out our in-depth Market Coverage, Business News & get real-time Stock Market Updates on CNBC-TV18. Also, Watch our channels CNBC-TV18, CNBC Awaaz and CNBC Bajar Live on-the-go!