BOTTOMLINE: For investors seeking value, Castrol may be more than just oil

In our quest for value in these exuberant times, we were confronted with the legacy of Castrol, and we liked it.

These aren’t times to be rushing in headlong into the markets, rather some would suggest taking a little money off the table. But markets can stay irrationally exuberant for extended periods of time. So what do you do? Look for deep value and a margin of safety.

That's what we set out to do. And the results were interesting.

At a time when a one-year fixed deposit from a top bank like HDFC Bank offers just 4.9%, we were seeking higher yields in equities. And guess what? We found them!

We used operating cash flows and free cash flows expressed as a ratio to market capitalization to zero in on companies. And we filtered these further for healthy return on equity and plotted their operating margins. The results are for you to see below. ESG laggards like ITC and VST--both tobacco majors-- Industries are not surprises, but what stood out was Castrol.

After delivering a heady, compounded market return of about 11 percent for 20 years from 1994 to 2014, the Castrol India stock has been in a downward channel and hit a low of about Rs 90 in March this year on the COVID scare. It is difficult to call market moves, but years of underperformance and current valuations give Castrol what value investors term  as "margin of safety"

EV Onset and the Death of ICE

No one likes a business with an end date. That’s what investors are fretting about the hydrocarbon sector and the automotive business as we know it today. Internal combustion engines (ICEs) that guzzle fossil fuels and soak up lubricants are being projected to disappear as eco-friendly electric vehicles (EVs) enter the world stage. That is bad news for companies like Castrol which provide the lubricants for these engines. The fear is justified, but the pace of change will likely be slower than we think.

Castrol has told analysts it could be 20-30 years before the ICE joins the ranks of dinosaurs and dodos. But even if that was to happen a few years earlier than expected, nimble players still have time to reorient themselves for a new normal. And here, Castrol (and its parent, British Petroleum or BP) are not behind the curve. In fact, BP is betting big on renewables, hydrogen and even biomass-based energy sources, and has aimed for zero carbon by 2050. Castrol too is working on high-performance transmission lubricants for EVs and already supplies lubricants to Tata for its EVs.

While the volume destruction will be big when the ICE dies, there’s hope that the value destroyed will be far less as much pricier lubricants will be deployed for transmission in EVs. What’s more, new avenues for growth can open up—increased automation and use of robots can up use of sophisticated lubricants, and if the next thing after EVs is flying cars (no kidding, lots of work really done in this area) powered by clean hydrogen, that will spell another kind of lubrication. In short, wherever there’s movement you need a lubricant—remember the tin man in The Wonderful Wizard of Oz.

And given Castrol’s lower contribution from the industrial lubricants segment (auto 90:10 industrial), with advanced opportunities opening up there, that could be another pocket to tap. Besides, the ICE technology too could evolve. Here’s an extract from Castrol’s annual report on the subject: “Today the world faces a challenge of providing more energy with fewer emissions. In transport, this means keeping the world moving while reducing overall emissions from fuels. As part of this transition, the Company is experimenting with improved ICE technology, hybridisation and e-fluids for all engines including diesel, to decarbonize transport now and in the future”.

ITC, one of the names in the above list is a classic example of a company transforming itself to stay relevant at a time when the future of cigarettes looks, shall we say, hazy. I’m open to debating the demise of cigarettes as well (even analysts suggest that while global volumes will decline around 7 percent by 2023, the value will mostly remain unchanged). I mention ITC here to make the point that Castrol will get enough time to rejig its priorities and focus areas well before ICE lubricants use ceases.

And here the company has already made a start by leveraging its distribution network (over 350 distributors who serve over 100,000 sub-distributors and customers, who in-turn link to retailers in semi-urban and rural markets), which is a big strength and ensures it has a 18 percent retail market share as compared to a 12 percent total share (this data is courtesy a good report by Reliance Securities that asks the right questions and delivers many answers, and which I’ll draw liberally from). What I’m referring to is a tie-up with 3M to market the latter’s accessories for two-wheeler customers. And the company has indicated to analysts in a call with them that it shall explore more such opportunities. That’s a definite strength to exploit.
Source: Reliance Securities
Source: Reliance Securities

A more immediate trigger for Castrol is the fuel retailing joint venture between Reliance Industries and its parent, BP, in India. Under the arrangement, BP will run the existing 1,400 outlets and ramp-up the count to 5,500 in 5 years. Reliance Securities estimates that this will add 2 percent to volumes over 2019 in the first phase (with 1400 outlets) and about 9 percent on complete roll-out. While these numbers may not seem big, one needs to look at these in context of historical volume growth of about 0.5 percent, despite which the company has been able to eke out value growth. And speaking of value, Castrol is well positioned to gain from the BS-VI transition, being the first company to roll-out a BS-VI compliant range of lubricants.

Add to this, initiatives recently undertaken on the digital front like the Castrol Fast Scan, a digital platform that offers incentives to retailers, and the proactive approach starts becoming evident.

The other near-term positive is a gradual return to normalcy after the COVID shock. As the economy normalizes, mobility is likely to pick-up and freight volumes will also rise. This will bode well for Castrol as the more vehicles run, the more lubricants will be consumed. Besides, any deferred motor vehicle servicing will also aid consumption—think oil change.

Two imponderables are crude prices and foreign exchange rates—the company’s key input base oil is, a crude derivative, is mostly imported—and how these two move impacts margins. That said, even today, crude prices are lower than they were a year ago and the rupee hasn’t depreciated the way it is wont to annually.

What’s more, in the first half of the current fiscal, the company’s realisations were impacted because of a scheme it floated to speed up collections. In 2021, that won’t be the case. So, realisations should improve.

The biggest challenge for Castrol is the highly competitive market it operates in, dominated by oil marketing companies and dotted with other global brands, and now some auto OEs are looking to push their own brands of lubricants. Here, and in much of the transformation of the business, you have to bank on the management of the company and the support of its parent to stay ahead of the curve. Given its past record of performance (see below), that may not be a bad wager to make.
Source: Reliance Securities 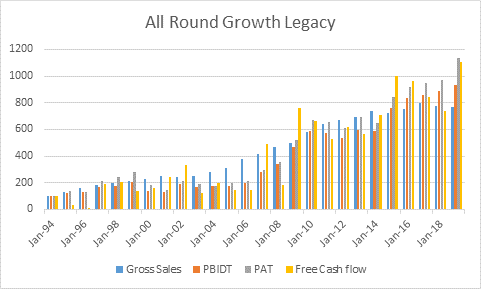 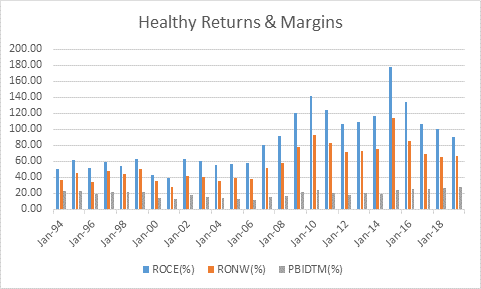 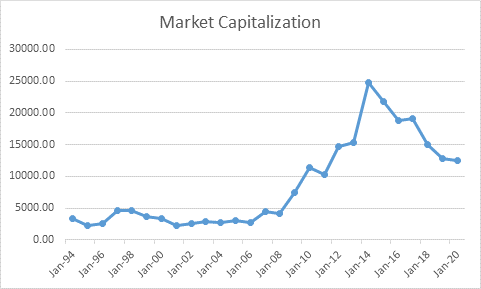 If people can look to invest in oil marketing companies, given the fossil fuel overhang, and there are players lining up to acquire BPCL (which retails diesel and gasoline, besides lubricants), hitching onto India’s No. 1 independent lubricant brand (with a big slice of the after-market) may not be such a bad thing, especially when its parent is set to expand its fuel retailing footprint in the country. But do remember to do your own homework before you decide to 'lubricate' your portfolio.
Tags bottomline Castrol India