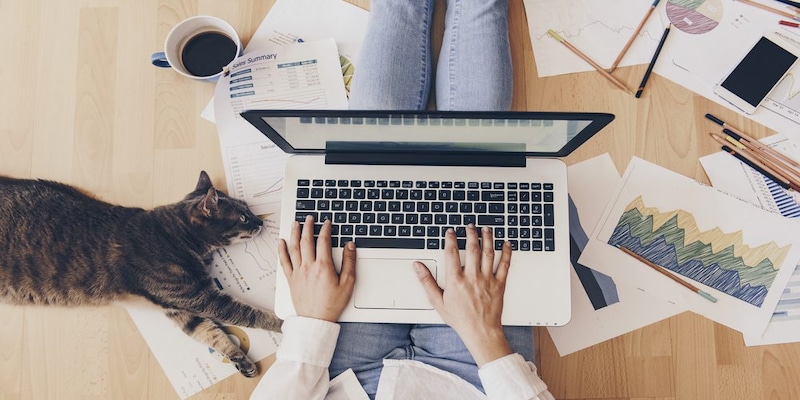 Apna.co has recorded a 56 percent rise in the number of job applications by women compared to last year. In the last eight months, the platform has seen a 2X rise in women applying for remote jobs.

Jobs and professional networking platform Apna.co witnessed a 132 percent rise in the number of women users, compared to last year, with most of them looking for remote jobs.

Founded in 2019, Apna.co has over 5.1 million women registered on its platform.
The company has recorded a 56 percent rise in the number of job applications by women compared to last year. In the last eight months, the platform has seen a 2X rise in women applying for remote jobs.
"This data is likely to increase in the coming months, especially with more remote working job opportunities available locally," it said in a statement.
Last month, Prime Minister Narendra Modi had said that India could achieve targeted results, in line with Vision 2047, by making right use of women power.
"We can make good use of the women power by adopting flexible work hours, which is the future need," he had said.
Also Read: Why teaching is plan B and not the first career choice of most job seekers
Apna.co said that lesser commute time was the primary motivator for women looking for remote jobs, with flexible working hours, which allowed them to manage work at home as well as pursue alternate forms of income generation including taking tuitions/creches from home.
BPO jobs such as telesales or telecalling, data entry operator, executive roles such as business development, admins, back office, office assistant, academic jobs including tutor, teachers, and finance and marketing-related jobs were most in-demand.
The platform saw an increase in employers looking for candidates wanting to work remotely as well. Cities including Chandigarh, Ahmedabad and Lucknow recorded a rise in work from home jobs posted this year.
The jobs platform also said that there had been an increase in women applying for job roles such as drivers, delivery partners, backend engineers, aircraft repair, among others.
“The flexibility and the convenience brought by remote working has the potential to inspire more professionals to join the workforce, further accelerating the economic engine of the country," Manas Singh, Chief Business Officer at Apna.co, said.
At present, the platform has over 25 million users and is present in more than 70 cities. It has 3 lakh employer partners on board in India to fulfill their hiring requirements.
Also Read: PwC India looks to hire 10000 tech employees in next 3-4 years
Check out our in-depth Market Coverage, Business News & get real-time Stock Market Updates on CNBC-TV18. Also, Watch our channels CNBC-TV18, CNBC Awaaz and CNBC Bajar Live on-the-go!