Pregnancy to prejudice, biases haunt the Indian workplace — what's the way out?

Pregnancy to prejudice, biases haunt the Indian workplace — what's the way out? 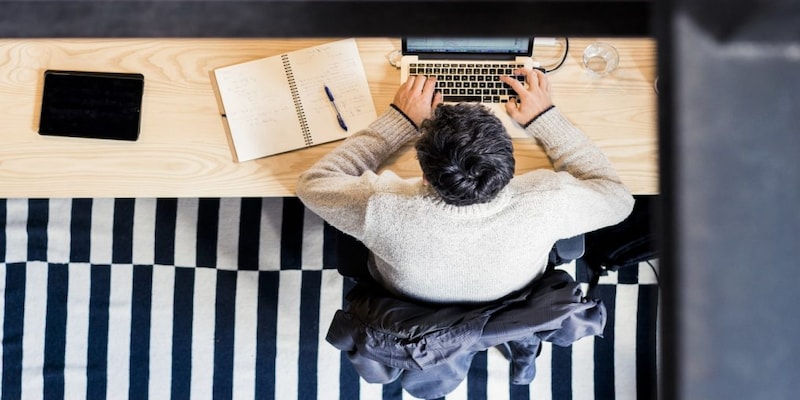 Jill Prejean recently sued Infosys for unfair treatment on account of her age and sex. When biases are so rampant the question is what can employees actually do? There are laws aplenty to crack down on the various kinds of discriminatory practices harking back to the dark ages. However, laws and policies are not the only way out. As the old refrain goes, implementation is key. As is awareness.

Bias at the workplace remains a prickly issue even in the age of social media, when unfair conduct can go 'viral.' Women continue to bear the brunt of different forms of discriminations in India, with pregnancy still spelling corporate doom in many cases. Unbelievably, caste, religion, looks continue to matter in some workplaces — among an unholy mix of factors.

Recently the former vice president of talent acquisition Jill Prejean sued Infosys for age and sex discrimination in the US, claiming that the IT company treated her unfairly and retaliated against her. Prejean alleged in an amended complaint filed in September last year that she joined Infosys and discovered a "rampant culture of illegal discriminatory animus among the partner level executives based on age, gender, and caregiver status."

Here's a look at the different kind of biases active in the Indian workplace,  and what the law says and how it can be implemented

According to Praveen Chandrahas, Co-Founder of Forum IT Professionals, an organisation which works towards uniting everyone associated with the knowledge economy sector, when it comes to gender, women who take maternity breaks seem to face every manner of biases.

“Best case scenario, she loses out on her appraisals/hikes/performance reviews. In most cases, such a person is passed over for promotions, given lesser hikes, lower appraisal ratings, etc. We have seen multiple cases where a woman who had just returned from a maternity break was retrenched, citing performance or any other reason. And we had seen cases where women were let go when the company came to know of their pregnancy. There are many petitions currently pending at the Labour Commissioner's office on these matters,” added Chandrahas.

Older employees are at high risk of being singled out for a sudden sacking. Paravathi* (name changed) still remembers the day in 2017 when she was called to her boss's cabin and told, “We appreciate your work, but we are having some cost optimisation and have to lay off some employees so we kindly ask you to submit your papers by tomorrow or we will have to send a termination letter.”

“I was hearing the rumours since past few days that the management is planning to do a mass layoff of older employees but I did not know that I was going to be one of them,” she said.

The company also resorted to the means of bullying several other employees, including pregnant women, to submit their resignation or else sign the termination letter.

Much before Prejean, Paravathi was among the employees who filed a petition in the Hyderabad High Court in 2017 for mass layoffs of employees by IT companies.

In 2013, TeamLease conducted a survey that found 48 percent of Indians had faced discrimination at work. Gender bias accounted for 25 percent of biases, followed by age bias at 22 percent, and caste bias at 18 percent.

On a similar note, according to a 2020 study by TimesJob and TechGig, age-related bias is/has been experienced by up to 33 percent of Indian employees; the numbers were 17 percent for physical appearance and 15 percent based on religion or culture, closely followed by gender-based bias at 14 percent.

Also read: Infosys lawsuit brings focus back to the issue of biases in the IT industry

Another kind of bias is based on 'non-performance.' Citing certain cases the firm has dealt with, Chandrahas pointed out that the companies allow employees to work on a very specific tool for years together. And when a new tool comes in, the same employee becomes 'redundant' and hence are laid off.

Another common bias prevalent in the workplace is the ‘unconscious bias,’ which has an impact on whether certain individuals get hired or not. Unconscious biases occur outside our control and are triggered by our brain making quick judgements and assessments of people and situations that are influenced by our background, cultural environment, and personal experiences, said Anshuman Das, CEO & Co-Founder, Careernet.

When biases are so rampant the question is what can employees actually do?

What does the law say?

“Individuals can be discriminated against, or profiled, during two stages of recruitment — pre-recruitment and post-recruitment. The former involves rejecting candidates because of their gender, religion, caste, marital status, pregnancy, etc. due to assumptions about their work ethic or products, or personal considerations of recruiters. When discrimination occurs post-employment, it is seen in lower pay, fewer benefits, and/or termination based on the same grounds,” said corporate lawyer Anuj Dubey.

Although the Constitution of India does have laws in place to provide equality and fair treatment to all citizens, still the provision is restricted to the state and its entities and does not cover private corporations. There is no comprehensive and codified anti-discrimination statute in India that regulates employers or compensates discrimination victims. Hence, when cases are taken to court, it’s a combination of many sections with the IPC that guarantee rights to the employees at the workplace, added Dubey.

Dubey cited the following laws that employees can invoke:

The Maternity Benefit Act 1961 — The Maternity Benefit Act of 1961 (MB Act) intends to provide women employees paid maternity leave and relevant parameters. The MB Act forbids firing a pregnant worker and requires that she get maternity leave benefits. Furthermore, if she is unable to complete some physically demanding tasks while on the job, there will be no deduction from her pay. If the employer violates the aforementioned rules, they could be subject to a fine or jail under Section 21 of the MB Act.

The PoSH Act is fully applicable to private sector organisations by virtue of Section 2(O)(II), and is currently the only legislation in India entitling a victim of discrimination in the workplace to avail of compensation, even if such discrimination does not occur at the hands of the employer himself.

The Industrial Disputes Act of 1947 —  Sections 2(RA) and 25T, when taken together with Schedule V, define victimising employees and favouring one group of employees over another, regardless of merit, as "unfair labour practices" that is punishable by a fine and/or period of imprisonment for the employer.

Among state laws, Section 13 of the Maharashtra Shops and Establishments (Regulation of Employment and Conditions of Service) Act, 2017 states that employers are prohibited from discriminating against women in the workplace when it comes to hiring, training, promotions, transfers, or pay, and that violation are punishable by a fine.

Apart from that, cases can also be filed under violation of the right to live, right to personal liberty, right to freedom of expression, right to work anywhere provided to all citizens under Article 21, Article 19, Article 14 and Article 16 of the Constitution.

What can companies do?

Apart from the legal ways, employees can take certain actions within the ambit of their terms of engagement and here is where the role of an employer comes into the picture.

According to Das, it starts with employees taking up their concerns with the management and the desired authorities in the workplace.

“Employers can constitute employee resource groups among various minorities across a cross-sectional representation of their workforce. The earnest endeavour by an employer, should be for every stakeholder to be able to voice their opinions, freely,” said Das

He further adds that companies should enact zero-tolerance anti-harassment and anti-discrimination policies with clear repercussions in case of infractions, for not just employees but rather, all stakeholders.

There should also be regular policy audits to ensure that the language used therein, is all-inclusive.

“Similarly, an employer’s offerings in terms of benefits and privileges must extend to all employees, irrespective of age, gender, sexuality, physical/mental abilities,” said Das.

Apart from that, employees need to be made aware of the existence of such policies and regularly trained to reaffirm their understanding and commitment towards these rules.

Only when well understood and truly internalised by each person, can a corporate aim to gradually rid its personnel of unconscious biases and prejudices, as much as humanly possible.

Furthermore, policies need to extend beyond just being on paper and should translate into experiential and tangible changes on the ground. Cases in point could be ensuring that all parts of the company’s facilities are fully accessible to persons with disabilities or that persons from all genders  — binary and non-binary — have designated restroom facilities.

Also read: How unconscious biases can decide the success or failure of marketing