Three new jobs are created for every one IT job, says expert

Three new jobs are created for every one IT job, says expert 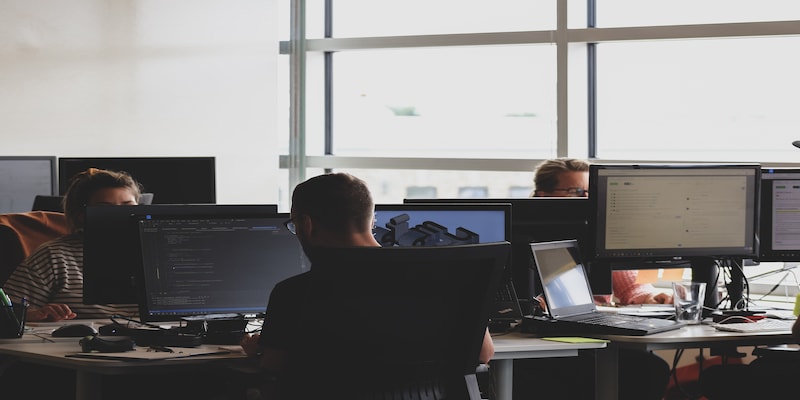 IT firms have slowed down hiring but the sector continues to be the primary hiring sector for white-collar openings.

As the world started to work from home during the pandemic and digitisation became a pressing priority, IT firms recruited in large numbers but data since the April to June quarter shows the hiring spree has slowed down. However, the tech sector continues to be the primary hiring sector for white-collar openings, a report said.

According to a report by specialist staffing firm Xpheno, the IT sector collective of services, products and internet-enabled sectors, put out nearly 121,000 jobs in September 2022, as against 165,000 in August 2022, meaning a 27 percent drop in volume on a month-on-month basis.
"With September 2022’s drop in volume, the current FY average drops below 2.8L active jobs per month. This is also the longest slide in active jobs since March 2020," it highlighted. Meanwhile, the IT sector’s contribution to overall active openings dropped to 58 percent, as against the 80 percent plus range it maintained over the last year, the report titled ‘Active Job Openings Outlook’ points out. In fact, this 58 percent is also the lowest contribution that the tech sector has recorded over the last 2.5 years.
Also Read | Techies, e-commerce employees likely to get over 10% salary hike in 2023: Survey
Yet, it must be noted it is still the sector with the most white-collar openings. This is even as active jobs from IT services recorded their lowest count in over 17 months.
All tech cohorts contributed to the drop in active jobs in September 2022, the report said, adding that tech hiring volume and velocity continue to be impacted by global and local market sentiments.
Significantly, the attrition rate at Wipro fell marginally for the second consecutive quarter to 23 percent for the three-month period ended September 2022, the tech giant announced on October 12. Mayur Taday, Chief Business Officer, TeamLease Services, is of the view that the tech sector not only creates jobs for itself but for others too. According to him, tech/ IT jobs are high-paying jobs with average salaries at entry level being Rs 8-10 lakh per annum.
“Three new jobs are created for every one IT job. The disposable income is high. This surplus amount flows into the economy, thereby driving higher consumption. This further leads to job creation in sectors like banking, retail, telecom, consumer durables, automobile, real estate etc,” he explained to CNBCTV18.com.
Also Read | Hiring slows but India Inc looking for ‘efficient leaders’ to beat global blues: Report
Sachin Alug, CEO, NLB Services, also noted the technology sector contributes nearly 9 percent to the national GDP, and accounts for 51 percent of services exports.
Also Read: TCS says attrition has peaked but supply constraints for IT sector remain
“It is also one of the leading employment generators. While there is a drop in the growth rate of demand for tech talent by the technology sector, hiring is still on a positive trajectory indicating nil or no impact yet on overall job creation,” he said.
Also read: HCL Tech adds 8,359 employees, attrition rate unchanged at 23.8%
According to Gartner estimates, IT spending in India is expected to increase to $101.8 billion in 2022 from an estimated $81.89 billion in 2021, indicating the demand for tech talent will continue to stay positive. In fact, the demand for tech talent from the non-tech sector has been growing at almost 15 percent quarter-on-quarter, Alug added.
Also Read: 11 vacancies for every one techie applying for a job in US: NASSCOM
(Edited by : Shoma Bhattacharjee)
Check out our in-depth Market Coverage, Business News & get real-time Stock Market Updates on CNBC-TV18. Also, Watch our channels CNBC-TV18, CNBC Awaaz and CNBC Bajar Live on-the-go!